The chemical energy in a cyanide-dreived molecule can be harnessed to synthesise peptides, RNA, peptidyl-RNA and primordial phospholipids. The key mixed anhydride intermediates involved might have played indispensable roles in bridging the sequence space of RNAs and peptides.

+1
Long-Fei Wu and 1 other See all
Post-Doc, MRC-Laboratory of Molecular Biology
Follow 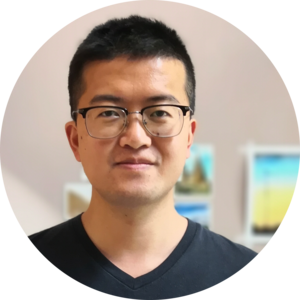 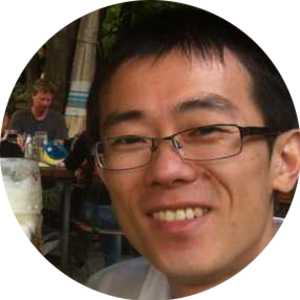 In the past decades, systems chemistry has become a prevailing strategy to deal with the question of the origin of life1. Apart from studying the basic ingredients of life, genetic system, catalysis (enzymatic and/or non-enzymatic), metabolism, and compartmentalisation, separately, there are persistent growing interests in integrating these subsystems together which seems more realistic as regards mimicking a living system. A living system is a kinetically stable system2 and is maintained far from equilibrium by dissipating energy3. As Erwin Schrödinger put it: life feeds on “negative entropy”4. Ruled by the principle that continuous energy input is needed to sustain a living system, some usable form of chemical energy must have been available. This source of chemical energy formed by prebiotic chemistry, must have efficiently coupled to synthetic chemical processes to enable building and sustaining chemical complexity towards life on early Earth. According to a systems chemistry view, the chemical energy source used to join building blocks would ideally be implicated in the scenario of making those building blocks. The same would be true of any potential catalysts needed to lower kinetic barriers in the chemistry.

In the work leading to the paper, we first devised a model system that could potentially be applied to screen any chemically energetic molecules (or activating reagents) for activation of phosphate and/or carboxylate groups in water. We then screened compounds linked to the scenarios invoked in the synthesis of building blocks. We thereby discovered that a cyanide-derived high energy molecule, methyl isonitrile, is able to activate and join various phosphate and carboxylate building blocks under acidic and/or nucleophilic catalysis in a unified manner. By harnessing the chemical energy intrinsic to methyl isonitrile, peptides, RNA, peptidyl-RNA and primordial phospholipids could be assembled from monomeric or smaller building blocks. It is noteworthy that 4,5-dicyanoimidazole (DCI), one of the major products alongside adenine from cyanide oligomerization, functions as a highly efficient catalyst of the process, shuttling acyl groups around the activation chemistry network. Most intriguingly, the simultaneous activation of phosphate and carboxylate species results in the efficient formation of mixed anhydride intermediates. These mixed anhydride species, serving as acyl donors, are reminiscent of the intermediates in the biosynthesis of proteins and phospholipids in modern biology. These results convinced us that the mixed anhydrides involving the 5’-phosphate of nucleotides might have played indispensable roles in bridging the sequence space of RNAs and peptides in the development of a genetic coding system. Further investigation about how such mixed anhydrides could non-enzymatically (amino)acylate the 2’,3’-diol of RNA specifically (potentially even with some sort of coding) is ongoing.

The work here demonstrates in principle that the prebiotic synthesis of peptides, RNA, peptidyl-RNA and primordial phospholipids could have been driven by a unified activation chemistry rather than using different activation chemistries for building different oligomers. Interestingly, the same mixed anhydride intermediates can be formed using a conventional synthetic activating reagent, 1-Ethyl-3-(3-dimethylaminopropyl)carbodiimide (EDC), which suggests that the formation of mixed anhydride intermediates does not rely on a specific activating reagent, and thus indicates the potential universality of these intermediates. However, the methyl isonitrile chemistry also has its weakness, the major one of which to us is the fact that it does not drive the formation of mixed anhydrides of free amino acids. We hope that the results and principles uncovered in the paper will inspire further efforts to search for ever more efficient and plausible prebiotic activation chemistry, especially in a systems chemistry context.