The paper in Communications Chemistry is here.

Thioesters, notably acetyl-CoA, occupy the central position in cellular metabolism: they are the main end-products of five out of six representative carbon fixation pathways, taking part in diverse biosynthetic processes involving C-C bond formation, esterification, and amide bond formation. Many scenarios of the origin of life thus have postulated thioesters as crucial intermediates in primordial precursor of metabolism since as early as 1960’s. However, thioester synthesis through CO2 fixation under conditions realistic on the Hadean Earth has been intractable to date. Here, we demonstrate that this seemingly difficult reaction can be realized with ease by taking into account of the geoelectrochemal mechanism in primordial ocean hydrothermal systems.

What is the ‘geoelectrochemical mechanism’? In 2010, Nakamura et al. observed a metal-like electric conduction and electrocatalytic functions of a black smoker chimney block. Deep-sea vent chimneys are composed of sulfide minerals precipitated through the mixing of hot, reductive hydrothermal fluids and cool, oxidative seawater. The resultant porous chimney walls separate the fluids and seawater in proximity to each other, generating steep redox gradients across the walls. This fact, together with the observed electric property of chimney block, inspired the idea that the reductive energy charged in hydrothermal vent walls may be available as electricity. In 2012, Yamamoto et al. verified the electricity generation using a fuel cell coupling the oxidation of hydrothermal H2S and the reduction of seawater O2 in an artificial hydrothermal vent. Subsequent in situ electrochemical surveys of the Okinawa Trough hydrothermal fields gave multiple lines of evidence for spontaneous generation of electricity widespread in deep-sea vent chimneys and mineral deposits (Yamamoto et al., 2017; see the following video). Around 4 billion years ago when life originated, the deep-sea geoelectrochemical activities must have been much stronger than the present level owing to greater global thermal convection at that time.

We surmised that the partial electroreduction of NiS to Ni0 may be the key for nonenzymatic thioester synthesis, because acetyl-CoA synthase (ACS; Fig. 1 left), a Ni-containing metalloenzyme, changes the oxidation state of the active Ni site between +1 and +3, facilitating both the reduction and oxidation intermediate steps in the acetyl-CoA synthesis from CO, a methyl group, and CoA (Can et al., 2017). CO is generated from CO2 by CO dehydrogenase (CODH) at the active Ni–Fe–S cluster. These enzymatic reactions have long been suggested to have prebiotic roots, but no experimental support for any corresponding CO2 fixation process has been provided. Although pure NiS was previously shown to catalyze a thioester (S-methyl thioacetate; MTA) formation from CO and methanethiol under a hydrothermal condition, the detected thioester was a trace and transient intermediate on route to acetate (Huber and Wächtershäuser, 1997).

In the present study, we demonstrate NiS-to-Ni0 electroreduction under a simulated geoelectrochemical condition in primordial ocean hydrothermal systems (–0.6 to –1.0 V versus the standard hydrogen electrode). The resultant NiS-Ni0 assemblage, that is, NiS_PERM, realizes MTA formation from CO and methanethiol even at room temperature and neutral pH. NiS_PERM accumulates surface-bound CO during the formation under CO2 atmosphere, so NiS offers a two-step CO2 fixation route to thioester with the aid of electric energy (Fig. 1 right). Sustained occurrence of electrochemical energy adequate for the NiS_PERM formation and the subsequent reactions is limited in nature except for deep-sea hydrothermal settings. This environmental specificity, together with the ubiquity of CODH/ACS in hydrothermal vent chemolithotrophic communities, suggests that the NiS_PERM-promoted thioester synthesis in primordial ocean hydrothermal systems was a crucial initial step toward the autotrophic origin of life.

There are still a lot to learn about the physical and chemical processes occurring on the ocean floor as exemplified by geoelectrochemistry. We hope that our achievement stimulates further exploration of such phenomena and their potential roles in the origin of life. 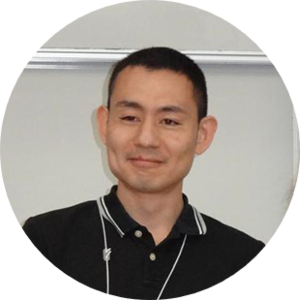