Since 2011, our team has conducted limnological investigations at Lake Untersee, a pro-glacial, perennially ice-covered lake in Queen Maud Land, Antarctica. Lake Untersee is an ultra-oligotrophic lake that remains entirely ice-covered year-long (prevents atmospheric exchanges with the water column). It is recharged by subaqueous melting of the Anuchin Glacier and subglacial meltwater (receives no surface water inputs). The water column has a high pH (10.5) and low dissolved inorganic carbon (0.3 mg C). Despite these harsh conditions, the lake's floor is covered with benthic microbial communities composed of cyanobacteria that develop mats, pinnacles, and large conical structures growing near the limits of photosynthetic life.

Temporal analysis of air photographs indicates that lake water-level has remained stable since at least the 1940s, while δD-δ18O analysis of the water column suggests the lake has remained entirely ice-covered and tightly-sealed for at least the past 300-500 years. However, upon our arrival at Lake Untersee in early November 2019, we observed substantial changes. Our regular campsite on the shore of Untersee had been overridden by lake ice, and subsequent high-resolution measurements using our in-situ global navigation satellite system indicated the surface of the lake had increased by 2m. Having completed our fieldwork in late December 2019, we confirmed the increased water level at Untersee using available ICESat laser altimetry data. Based on the lake's surface area, we determined the 2m increase corresponded to the input of additional water equivalent to ~7000 Olympic-size swimming pools. The cause of the sudden increase in lake level at Untersee was traced to its source along a thermally eroded outflow channel leading to Lake Obersee, a large perennially ice-covered lake situated about 10 km away and 200 m higher in elevation. To date, the glacial lake outburst flooding (GLOF) event originating from Obsersee and discharging into Untersee is the single largest increase in water volume for surface lakes in Antarctica thus far reported.

Having observed the impact of the GLOF on the local landscape in the Untersee Oasis, we wanted to  understand how this event affected the hydrochemical composition of the lake and its potential impact on the benthic microbial ecosystem. Depth profile measurements of labile parameters (i.e., pH, specific conductivity, temperature, dissolved oxygen) and laboratory analyses of TIC, TOC, δ13CTIC, 14CTIC, showed that the GLOF substantially altered the chemistry of the lake from its stable composition that we had periodically measured since 2011, and that had remained unchanged since the early 1980s. The pH had decreased to 9.5 while the TIC had increased to 0.5 mg C. The GLOF delivered a source of atmospherically equilibrated waters into an otherwise CO2-depleted water column recharged by subaqueous and subglacial meltwaters. The impact of the GLOF on the benthic microbial ecosystem was assessed from the carbon mass balance of the inputs and reservoirs in the lake. We estimated that such flooding events likely occurred on a few occasions over the existence of the lake. This finding was corroborated by high-resolution analyses of 13C, 14C and grain size in the microbial mats.

Overall, our findings demonstrate that GLOFs provide a source of CO2, enhancing the long-term accumulation of biomass and overall productivity within CO2-depleted, perennially ice-covered ecosystems, such as Lake Untersee. Our study highlights the importance of long-term monitoring (i.e., repeated and systematic observations and measurements) to further our understanding of ongoing limnological processes, especially in the current era of climate change.

How yeast cells reprogram metabolism to adapt to growth on a non-natural carbon source? 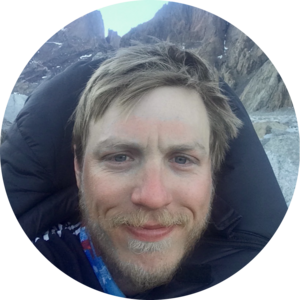