Proteins carry out and assure the maintenance of all biological functions, therefore there is a paradigm arguing that aging and age-related diseases are the consequences of the accumulation of oxidative damage to proteins. One way to measure protein oxidation is to determine levels of protein carbonyls. Indeed, increased protein carbonyl content is a hallmark of cellular and organismal aging. Currently, protein carbonylation is detected and quantified with 2D gel-based methods using specific fluorescent dyes coupled with hydrazide that reacts with protein carbonyls. However, commonly used dyes suffer from moderate biocompatibility, solubility and photostability. To improve the specificity and sensitivity necessary for diagnostics and prognostic purposes, there is room for advanced strategies.

We developed a novel strategy using thiolated aminooxy-functionalized gold nanoclusters (Au NCs), e.g. Aminooxy-Au15 NCs, to enhance the detection of protein carbonyls by optical methods (see Figure 1). Glutathione-protected Au15SG13 NCs were synthesised via a controlled reduction of gold as described in ref. Au15SG13 NCs were readily functionalized via one or several thiolated aminooxy (3-(Aminooxy)-1-propanethiol) by ligand exchange procedure. The as-prepared functionalized Aminooxy-Au15 NCs were reacted with carbonylated proteins. The targeted carbonylated proteins with NCs were then separated by1D gel electrophoresis (PAGE). Gel bands or spots were then detected either by one-photon fluorescence (with a fluorescence scanner) or by two-photon excited fluorescence (with a multi-photon confocal microscope).

As the first proof of our concept of detection of the protein carbonyls in a native 1D gel, the aminooxy-Au15 NCs were mixed and incubated with oxidized and non-oxidized lysozyme recombinant protein. One of the most challenging issue in this work was to adapt protocols used for native 1D gel. Indeed, the migration depends only on the size and the charge of the molecules and had to be adapted to reflect the migration of the clusters and the proteins during the same experiment. Not as straightforward as it may seem…it tooks us about one year to do it !

Once robust gel protocols were established, we conducted gel imaging with a two-photon confocal microscope (two-photon excited fluorescence, TPEF). Laser excitation was at 780 nm and emitted photons were detected with two ranges of detection (visible and IR see Figure 3b and 3c). TPEF Images of gels are similar to the one recorded by fluorescence scanner (see Figure 3a). If applied in vivo, this strategy could offer definitive advantages over visible-range fluorescence, particularly the lack of interfering autofluorescence typical for biological molecules. Another advantage of using metal clusters as opposed to commonly used dyes is that they are biocompatible, soluble, photostable and likely to pass through the cellular membranes due to their small size. The noble AuNCs composed of a small number of atoms stabilized by a peptide ligand might thus be further developed as efficient contrast agents for post-translational modification detection.

This research was supported by the project STIM-REI, Contract Number: KK.01.1.1.01.0003, funded by the European Union through the European Regional Development Fund – the Operational Programme Competitiveness and Cohesion 2014–2020 (KK.01.1.1.01). We acknowledge MedILS and Split-Dalmatia County for support and also the French-Croatian project “International Laboratory for Nano Clusters and Biological Aging, LIA NCBA”. 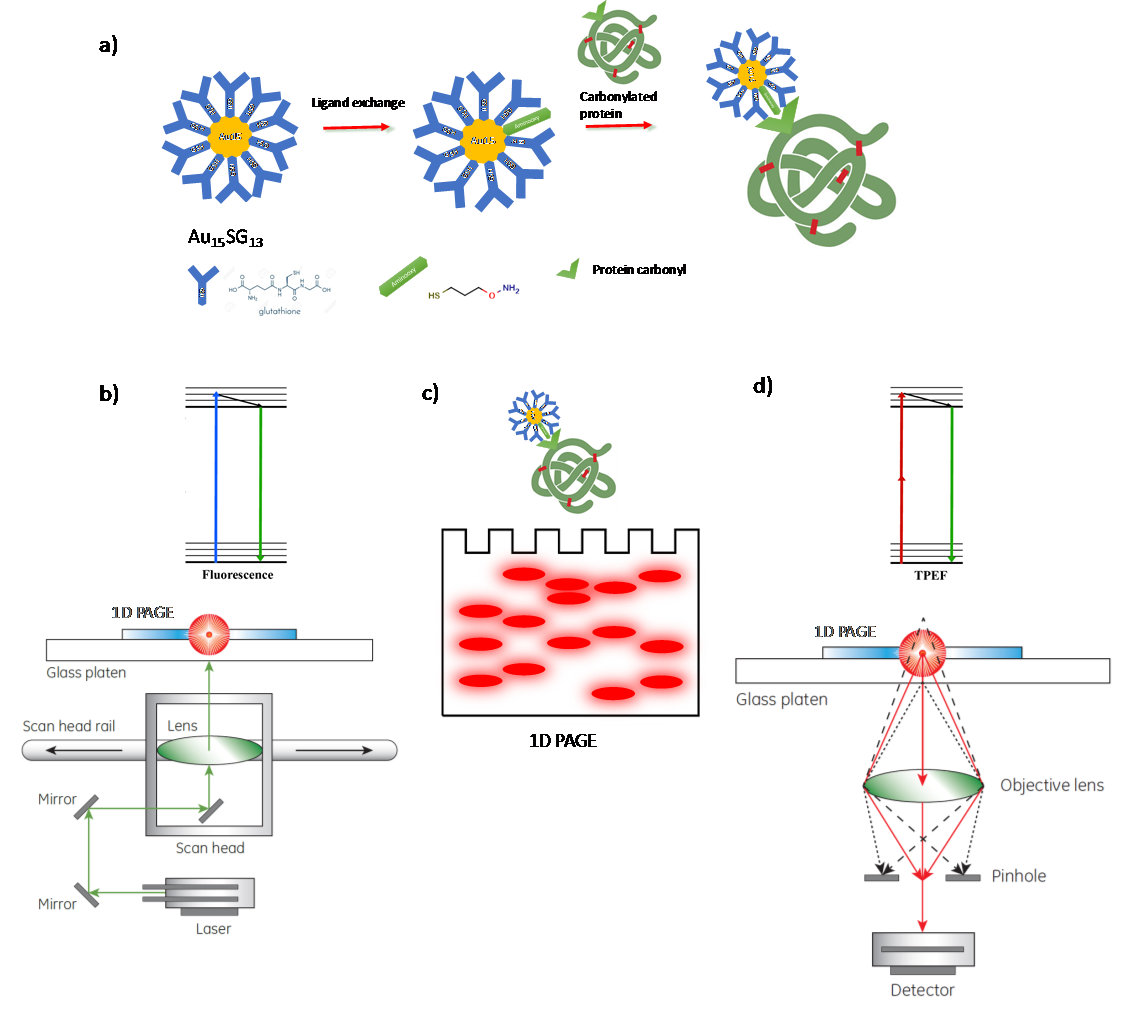 Figure 1: Schematic illustration of the strategy using thiolated aminooxy-functionalized Au NCs (Aminooxy-Au15 NCs) to enhance the detection of protein carbonyls by optical methods. a) Principles of the functionalization of Au15 NCs to efficiently bind carbonylated proteins. b) and d) Fluorescence techniques and apparatus using either b) one-photon fluorescence (with a fluorescence scanner) or d) two-photon excited fluorescence (with a multi-photon confocal microscope). c) Targeted carbonylated proteins with NCs separated by 1D gel electrophoresis (PAGE) and detected by fluorescence techniques. 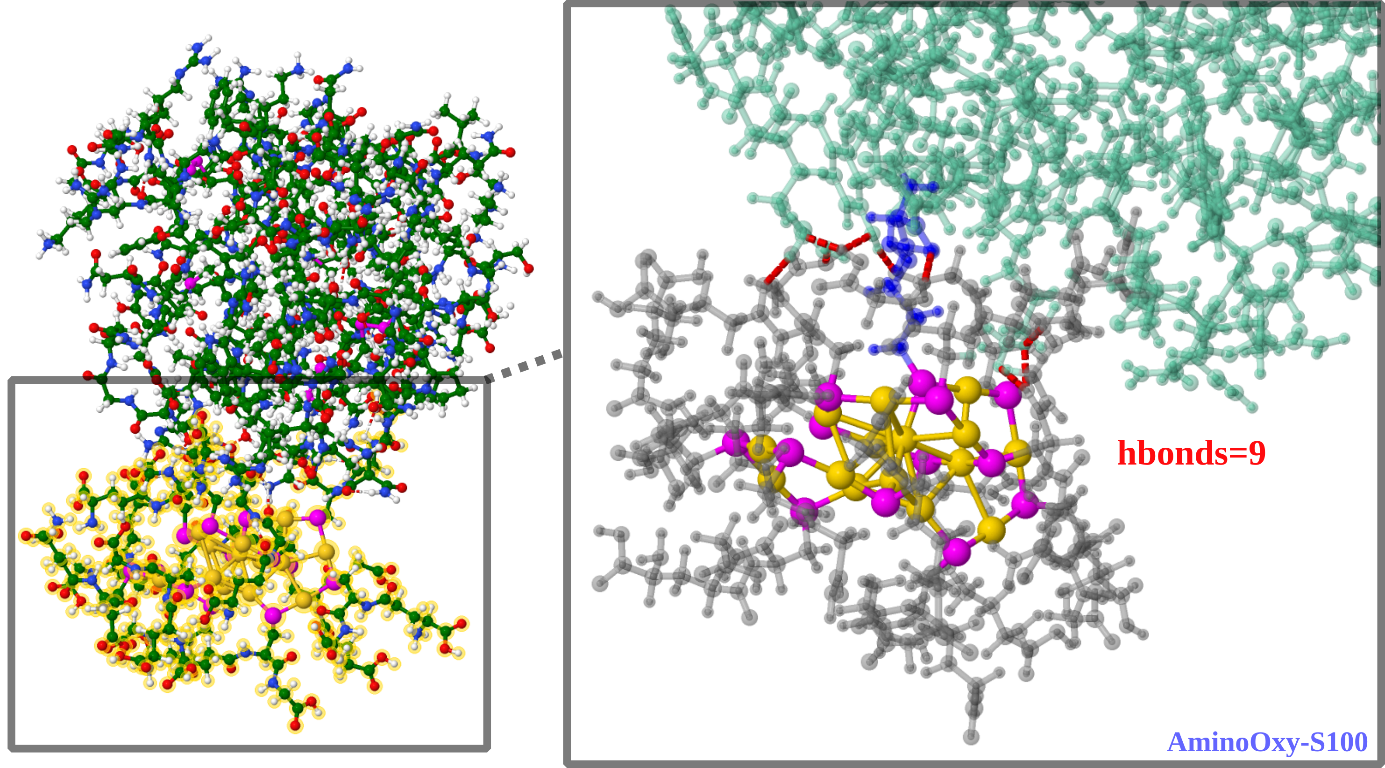 Figure 3: Au15 targeted-carbonylated proteins detected on gels by fluorescence scanner (a) and multiphoton confocal imaging (b and c). Laser excitation was at 780 nm and emitted photons were detected with b) visible range (350-700 nm) and c) IR range (>850 nm). Ellipses: Fixed concentration of 500 µM Au15SG12-Ao was incubated with a decreasing range of concentrations of the lysozyme (50-1 µM corresponding to 5-0.1 µg protein loaded in the gel). 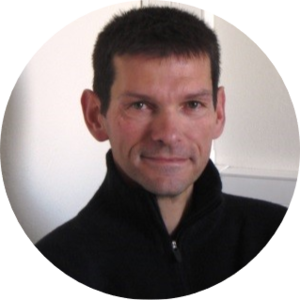