Hyperbolically said, the course of chemical reactions is like a hike in the mountains. The goal is to get from one valley to another, and to do that we need to climb the mountains that separate the valleys. And because we are lazy by nature and do not have the obsession of conquering the highest peaks in the world, we usually choose the least energy-cost path through the lowest saddle available. Similarly, the course and rate of a chemical reaction is determined by the lowest possible energy barrier for a given chemical reaction. This assumption also led to the formulation of the transit state theory, which describes the rate of a chemical reaction based on the height and shape of the saddle point on the energy potential surface for a given reaction.

However, does this hold in general? What if an insurmountable rock or a wild river separates us from the saddle in our valley? In such cases, we decide on another less time-consuming journey through a higher saddle. In the case of chemical reactions initiated by the collision of two reactants, the path to the saddle point is determined mostly by their kinetic energy. However, in the case of the internal transformation of molecules, the only available driving force is the internal vibrations of the molecules, deforming bonds of the molecule, which can lead to their breakage and a subsequent chemical transformation.

Recent developments in scanning microscopy, enabling the unprecedented spatial resolution of the chemical structure of molecules on surfaces, have significantly contributed to the development of on-surface chemistry under ultra-high vacuum conditions. Chemical processes under such conditions allow the design and synthesis of completely new chemicals, which cannot be prepared by traditional methods of chemistry in solutions. What's more, with the possibility of accurately determining the chemical structure of reactants and products by means of scanning probe microscopy, we can examine the chemical structure of individual products unambiguously. What remains secret to us is the course of the reaction itself. Nevertheless, quantum mechanical calculations searching for the optimal reaction pathways may help us here.

An example is the synthesis of π-conjugated polymers consisting on acene units linked by ethylene bridges [1]. The chemical reaction itself is controlled by dehalogenation and homocoupling, where annealing of halogen-containing precursors on metal surface causes cleavage of halogen-carbon bonds forming radical species. Subsequently such radicals, under 2D confinement imposed by present surface, establish covalent carbon-carbon bonds between themselves. This process allows the formation of well-ordered polymer chains with a length of hundreds of nanometers. In addition, the possibility of chemical resolution using scanning microscopy of individual polymers allowed us to reveal the transformation of the resonant structure of π-conjugated polymers from aromatic/ethynylene to quinoid/cumulene like form depending on the size of the acene units. This phase transition is associated with the closure of the band gap, which makes it possible to prepare quasi-metallic polymers with a very low band gap [2].

The distinct resonant structures of the polymers are also of great importance for their possible internal transformation. When we proceed with further annealing, we found that certain polymers may undergo internal transformation forming ladder polymers [3]. While in the case of anthracene polymers, annealing at a higher temperature only led to the formation of defects, in the case of polymers consisting of bisanthene units, the ethylene bridges were transformed into pentalene, allowing the synthesis of defect free ladder polymers, see Figure 1. Quantum mechanical computer simulations showed relatively similar activation energies for the chemical transformation of anthracene and bisanthene polymers. However, analysis of the vibration modes has shown that the cause of the easy transformation of the bisanthene polymers is the presence of suitable vibration modes which allow to reach easily the transition state of the reaction. These vibrational modes, consisting of the rocking mode of ethynylene bridge concerted with the translation motion of the bisanthene unit, are absent in the anthracene polymer. This example shows the important role of vibrational modes for the feasibility of a chemical transformation of molecules. Therefore, also in chemistry it is important to keep good vibes going… 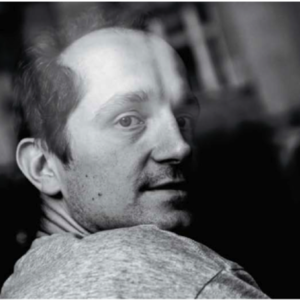