The creation of a gradient band structure and suppression of deep-level defects in tantalum nitride by gradient Mg doping lead to a maximum applied bias photon-to-current efficiency of 3.31% for photoelectrochemical water oxidation.

I started working in the field of photoelectrochemical water splitting when I joined the Domen group as a JSPS Postdoc Fellow in 2010. I was convinced by Domen-sensei that Ta3N5 was a promising photoanode material worth working on. With a research background in nanomaterial synthesis, I developed a method to grow Ta3N5 nanorod arrays in-situ on Ta substrates.[1] Combining with surface Ba doping, we achieved an applied bias photon-to-current efficiency (ABPE) of 1.56% for a Co-Pi modified Ba:Ta3N5 nanorod photoanode in 2013.[2] From 2014 to 2016, I worked at Joint Center for Artificial Photosynthesis (JCAP) on perovskite solar cells.[3,4] The amazingly high efficiency of the perovskite solar cells achieved with a simple planar device architecture got me rethinking what are the fundamental performance-limiting factors in Ta3N5 for water splitting, as nanostructure is not a prerequisite for high efficiency. When starting my independent research career at UESTC in 2016, my lab was set up to answer these fundamental questions. In collaboration with the Sharp group at Technical University of Munich, we identified the performance-limiting deep traps in Ta3N5, among which the reduced Ta3+ centers were the most detrimental ones.[5] We then attempted to passivate these deep traps through extrinsic doping, and Mg was latter identified as an effective dopant.

In this work, we further discovered that the deep-level defects had a gradient distribution in the Ta3N5 film. We speculated that a gradiently distributed Mg doping profile that matches the distribution of the deep-level defects could have a better passivation effect than a uniformly distributed one. The defect-related recombination and sub-bandgap absorption were indeed significantly reduced in gradient Mg:Ta3N5 films. The band edges of Ta3N5 were also found to shift downward with the increase of Mg doping concentration. Therefore, a gradient band structure was formed in the gradient Mg:Ta3N5 films. Combining with a highly active oxygen-evolving co-catalyst that we recently developed, the NiCoFe-Bi/gradient-Mg:Ta3N5/Nb photoanode yielded a maximum ABPE of 3.31%, which is the highest among any Ta3N5-based photoanodes and also exceeds that of photoanodes based on a-Fe2O3 and BiVO4. 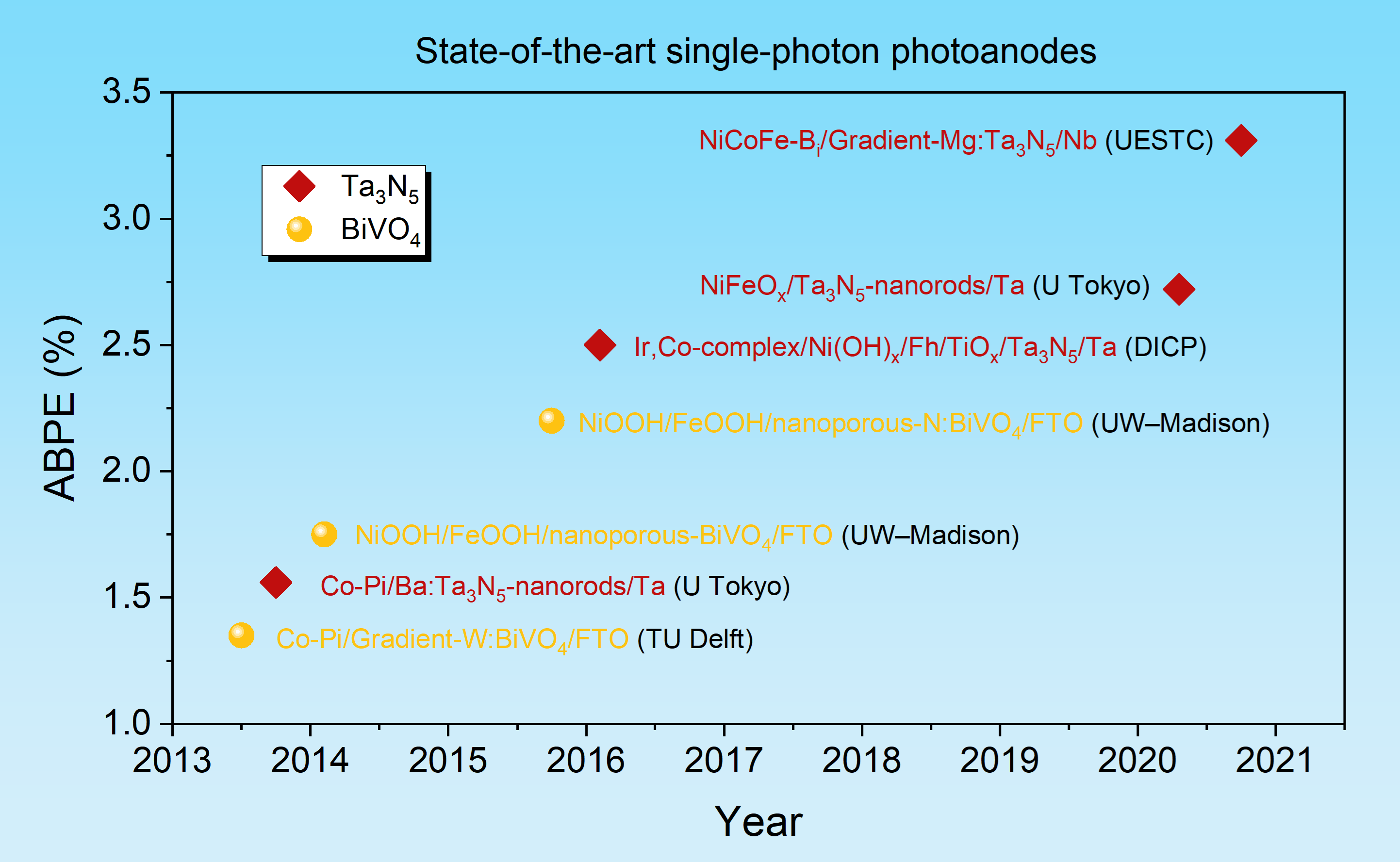 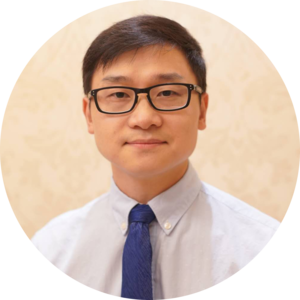 Professor, University of Electronic Science and Technology of China