How were simple protocells successful at a complex function like growth? 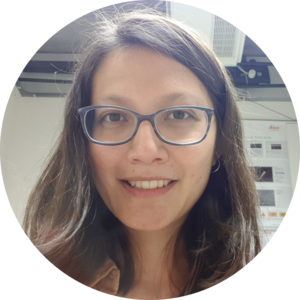 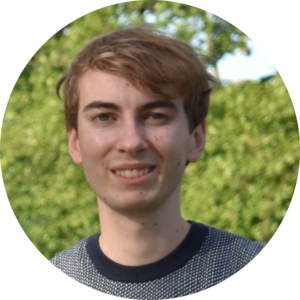 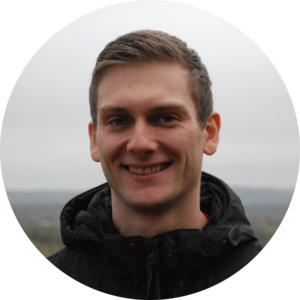 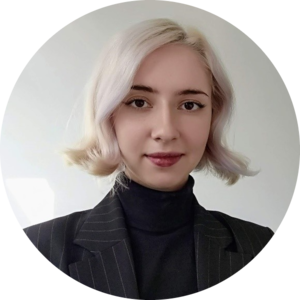 If we start thinking about the practicalities of the origin of life, one thing is certain: whatever that first batch of protocells was like, it succeeded either in remaining alive for a while or in producing offspring. In chemical terms, the first population of protocells had to be stable long enough to acquire more and more complex behavior, or it had to grow and divide in order to proliferate. A balance between those two properties is what made the first cells successful and alive at all. In the context of origin of life research, assemblies that persist, grow or divide are the ones worth looking into. But the way organisms and cells survive, grow and divide now relies on specialized proteins, enzymes and tightly coordinated mechanisms that could only have evolved over millions of years, posing a conundrum: how could simple protocells be successful at complex functions?

In this week’s Nature Communications we tackled part of this question. We show that complex coacervate droplets are both stable and able to grow, the latter triggered by the progress of a chemical reaction that produces droplet material.

Growth |  We were inspired by a general resurfacing of Oparin-Haldane’s origin of life hypothesis in the field, and by a theoretical work in the group of Frank Jülicher published in Nature Physics in 2017 [1]. The authors predicted complex behavior (growth, division) in liquid droplets whose building blocks are produced by a chemical reaction (active droplets), which we translated experimentally to: coacervate droplets composed of ATP and a cationic protein (K72, Fig. 1), that nucleate and grow by a reaction that converts ADP into ATP. The system starts as a homogeneous solution of ADP, K72 and a kinase enzyme, and is fueled by the addition of a kinase co-substrate, phosphoenolpyruvate; as the reaction progresses, the mixture enters the two-phase region of the phase diagram of ATP-K72 and undergoes phase separation (Fig. 1) [2].

Upon the start of the reaction, droplets nucleate and grow (Fig. 2). Once the first droplets are nucleated, they also become an important reaction site where ADP is converted into ATP. These compartments grow because the formed ATP has a higher affinity for K72. As more protein is recruited to the droplets, the coacervate mesh expands to keep concentrations approximately constant, which is ideal to mimic cellular growth – that comes as a result of protein synthesis. We were able to extract growth rates of individual droplets, an important quantitative parameter to describe fitness. Different reaction conditions led to different rates, showing that growth rate is influenced by the reaction rate, but limited by K72 diffusion; therefore, droplet radius follows a classical nucleation-growth equation R(t) = (R0 + 2ξt)1/2, where ξ is a function of the supersaturation set by protein concentration and reaction rate.

Stability | In the description of our results with growth, we are missing an important point: as droplets of any other liquid, coacervates can be subject to fusion and Ostwald ripening, which can resemble growth as the average droplet size increases; but, importantly, in fusion and ripening the number of droplets decreases and therefore they cannot be seen as mimics of cellular growth (Fig. 3). So how could we unequivocally show that our active droplets were growing rather than ripening?

We realized that if we monitored droplets individually, we could separate fusion, ripening and growth in our analysis, based on radius profile and droplet count. We did this with a simple strategy (that took us one year to perfect): confocal fluorescence microscopy on passivated glass slides to assure the droplets remain integer and relatively immobile, followed by video analysis with a routine that creates a radius trace for all  simultaneously growing droplets in the field of view, while also extracting other essential information

With this routine, we could distinguish the steep increases in size originating from fusion and we expected to occasionally detect shrinking droplets (with a negative growth rate) due to Ostwald ripening, which would become less important when we implemented reaction-driven growth. We performed control experiments with passive coacervates, that is, coacervates of ATP and K72 formed by mixing and not by the kinase reaction, expecting to observe ripening. To our surprise, we did not obtain the typical Ostwald ripening profile, with large droplets growing at the expense of small ones and ultimately only one large droplet or macrophase remaining. Other colleagues in our group had a similar observation for experiments lasting many hours. This is not only an extremely convenient result to our goal of measuring droplet growth, but also an important argument in favor of coacervate-based protocell models. One of most common criticisms onthe Oparin-Haldane coacervate hypothesis is precisely their instability – the lack of a membrane exposing them to ripening and fusion [3].

At this point, we decided to branch out and take a closer look at the slow or absent Ostwald ripening of coacervate droplets. We propose that the typical mechanism of ripening – by which molecules of a small droplet solubilize in the surroundings and diffuse towards large droplets – is energetically hampered for complex coacervates due to the nature of the assemblies. If we consider either the case where a poly-ion (like ATP, or K72) departs from a small droplet towards a larger droplet, the electrostatic penalty from the charge separation makes the transfer unfavorable; alternatively, in the case where an electroneutral complex (essentially, a mini-droplet) leaves a small droplet, the energy barrier imposed by the decrease in entropy and creation of a new interface also causes Ostwald ripening to be effectively suppressed.

With fusion and ripening out of the way, we could safely conclude that the increase in size as seen in Fig. 2 was due to growth. Together, our findings on stability and growth of coacervate protocells help strengthen the coacervate hypothesis for the origin of life [4], and also the use of coacervates as sturdy biomimics. We hope that our quantitative approach to fitness can be assimilated by the protocell research community, and help in designing and interpreting experiments where communication, competition and ultimately evolution are observed.