Carbon atoms of various species typically function as acceptors of noncovalent interactions when they are part of a π-system. Here, the authors report their discovery of a noncovalent halogen bond involving the isocyano carbon lone pair, which results in adducts with strongly reduced isocyanide odor…

Despite the high demand for isocyanide synthones in organic and organometallic chemistry, their use is banned in many research laboratories due to their intensely foul, penetrating odor. This specific property of volatile isocyanides is noted by many authors and well known to anyone who has ever encountered these compounds in practice, and also to their neighbors. Their highly specific odor is usually described by some researchers as “mind-boggling”, “horrid” and even “murderous”. Luca Turin, one of the leading experts in olfaction, called isocyanides “the Godzilla of scent”. So strong is the smell that a patent has been issued for the use of isocyanides as nonlethal chemical weapons [1].

Our group has a general interest in isocyanide chemistry [2] and specifically in isocyanide-involving crystal engineering [3]. Therefore, we focused our efforts on isocyanide species featuring a potential lone pair at the carbon atom as an acceptor of noncovalent interactions. The co-crystallization or mechanochemical liquid-assisted grinding of model mesityl isocyanide with four iodoperfluorobenezenes leads to a series of stable adducts featuring a halogen bond [4] between the lone pair of the isocyanide carbon atom and σ-holes of iodine centers of iodoperfluorobenezenes. Apart from conventional single-crystal X-ray diffraction methods, this halogen bond was additionally detected by solid-state 13C NMR and FITR spectroscopies, and our conclusions were supported by theoretical studies.

Serendipitously, we found that the association of isocyanide species with the halogen bond donors dramatically reduces isocyanide odor, thus “defusing the stink bomb” and removing arguably the main constraint on the storage and laboratory use of isocyanides. Quantitative GC-MS studies indicate up to an almost 50-fold decrease in the air concentration of isocyanide, and thus a dramatic mitigation of odor. In practice, such degree of odor reduction is sufficient for handling these compounds on an open bench without the requirement for well-ventilated hoods essential for any work involving isocyanides.

The association between mesityl isocyanide and iodoperfluorobenezenes preserves reactivity and stability of the isocyanide, further highlighting the potential of the resulting adducts in synthetic applications. These adducts can be successfully stored in air at room temperature and exhibit thermal stability close to or even higher than the parent isocyanide. At the same time, we found negligible differences in reactivity between the adducts and the parent isocyanides in some common transformations, such as ligation to metal centers and the multi-component Ugi reaction. The reduction of odor and the preservation of reactivity thus makes halogen-bonded isocyanide adducts a potentially more suitable form for laboratory storage and use compared to parent isocyanides.

More details of our work are reported in the article "The halogen bond with isocyano carbon reduces isocyanide odor", published in Nature Communications. 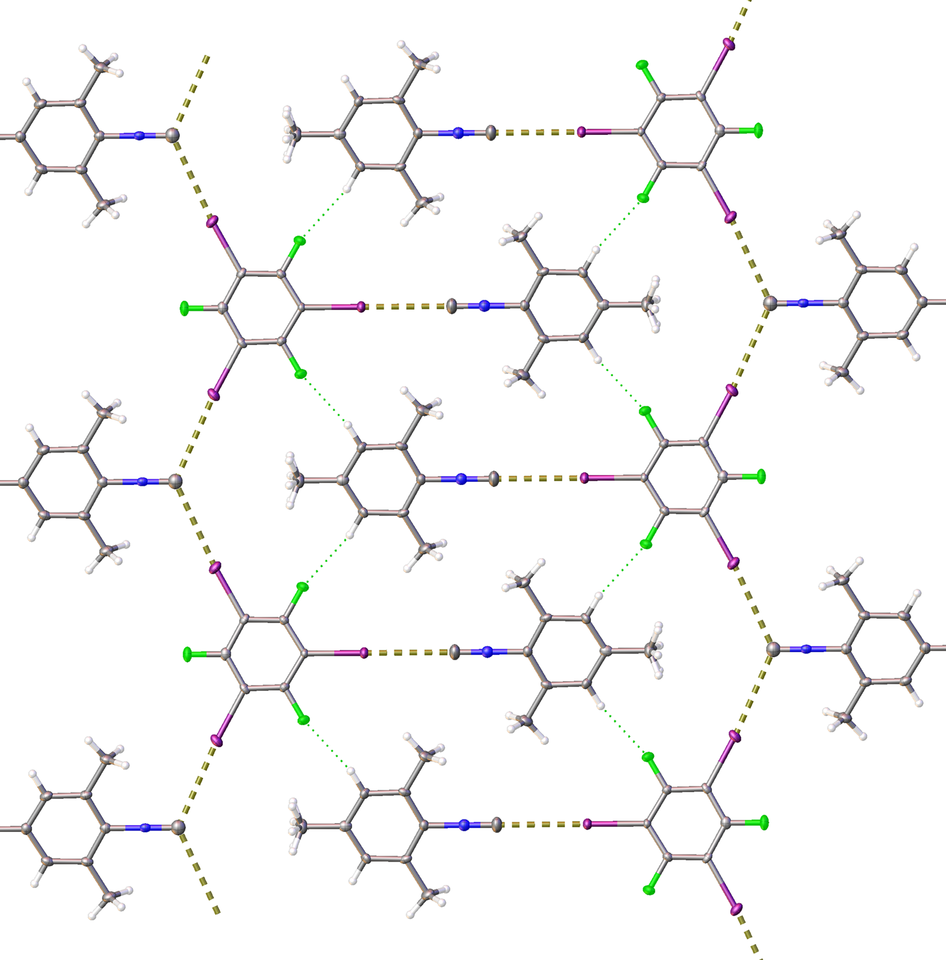