Tailored organic nanostructures can be constructed molecule by molecule on a salt surface using the tip of a scanning probe microscope.

We developed an approach for constructing organic nanoarchitectures molecule by molecule on a salt surface using scanning probe manipulation. The relatively inert salt surface ensures the precise alignment of the molecular building blocks in the plane but keeps them movable. The sharp tip of an atomic force microscope, which has only a single atom or molecule at its apex, serves as our second tool. With this “finger” three successive reaction steps are performed: 1) Activation of the molecular precursors to enable a subsequent intermolecular coupling reaction. 2) Bringing the activated building blocks on the surface into close proximity. 3) Inducing the chemical reaction between the two molecular educts, which leads to the formation of a covalent bond. These reaction steps are induced by short voltage pulses that are applied between the surface and the AFM tip.

With this approach we are addressing a question that has already been formulated in 1959 by Richard P. Feynman and that led to today‘s field of nanotechnology: “What would happen if we could arrange the atoms one by one the way we want them”. In the early 1990s K. Eric Drexler had the even keener vision that in the future tiny machines could accomplish this task. Such machines, the molecular assemblers, could create almost arbitrary nanoarchitectures (provided that they are chemically stable) and equip them with tailored functionality.

However, these ideas were heavily debated over many years. Richard Smalley, winner of the Nobel Prize for Chemistry in 1996, came up with two substantial counter arguments. The first one is that the fingers (or tools) of such machines could never align the individual building blocks (atoms or molecules) precisely enough since the fingers are of finite size (they are themselves composed of atoms or molecules). The second argument is that the building blocks as well as the products would stick to the fingers because of large adhesion forces. Smalley called these fundamental objections the “fat finger problem” and the “sticky finger problem”.

The new approach circumvents both problems. The inert salt surface acts, so to say, as a “non-sticky hand” and the sharp AFM tip serves as a “non-fat finger”. This opens ways for creating new organic nanomaterials and systematic studies of the relationship between their structures and properties. Thereby, it will enable a targeted manipulation of the functionalities of such nanoarchitectures, which is particularly interesting for applications in electronics devices such as organic field effect transistors (OFET), organic light-emitting diodes (OLEDs, e.g. for smartphone displays), or organic solar cells. Furthermore, via this approach new fundamental insights into the mechanisms of molecular reactions on surfaces can be gained, which is important for the emerging field of on-surface synthesis. 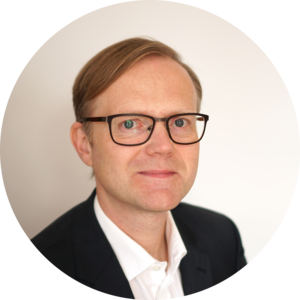