The oxidation of volatile organic compounds is a major contributor to atmospheric aerosol, which affects climate and health. The α-pinene and ozone system is particularly efficient in this regard, but how exactly do these two molecules lead to aerosol?

Imagine walking along a dense evergreen forest, taking in that fresh pine smell. There is a sudden flash of light, and the deafening sound of thunder biting at its heels. You are now under a tree, sheltering from the impending rain, when you smell something sharp, a smell that that takes you back to a moment in your childhood when sudden a power surge permanently damaged your family television set.

Skipping quickly over the dangers of standing under a tree during a thunderstorm, let’s look at the source of the two smells – pine and electricity. Odds are that the pine odor is α-pinene, a molecule belonging to the class of compounds called monoterpenes that account for a significant fraction of the global biogenic hydrocarbon emission. The molecule responsible for the smell of electricity, on the other hand, is ozone, and it forms when an electric charge splits the oxygen molecule in the air. Together, the α-pinene and ozone system is extremely efficient at creating tiny particles called secondary organic aerosol (SOA) that may very well be in the centre of every droplet of water in the clouds that make up the thunderstorm in our story.

It has been known for some time that the initial reaction between α-pinene and ozone kick-starts the rapid sequential addition of oxygen molecules to the hydrocarbon chain in a process called autoxidation. This process rapidly lowers the volatility of the products, turning them into aerosol precursors that condense to form aerosol. However, the molecular details of this process remained unknown despite numerous studies on the subject. The key issue, unaccounted for in previous studies, is the vast excess energy released in the initial α-pinene + ozone reaction. Using high accuracy quantum mechanical methods, we extracted the energetics and other molecular properties of each intermediate and transition state along the most promising reaction pathway available to the α-pinene and ozone system. Master equation modelling based on these molecular properties revealed how the excess energy of the reaction can break certain chemical bonds inside the α-pinene molecule that would otherwise slow down the autoxidation process to the point of irrelevance. In contrast, the reaction mechanism discovered by us allows these products to form within less than one second. This was confirmed with the help of targeted mass spectrometric experiments, which revealed that products with up to 10 oxygen atoms were detected inside 300 ms of reaction time. 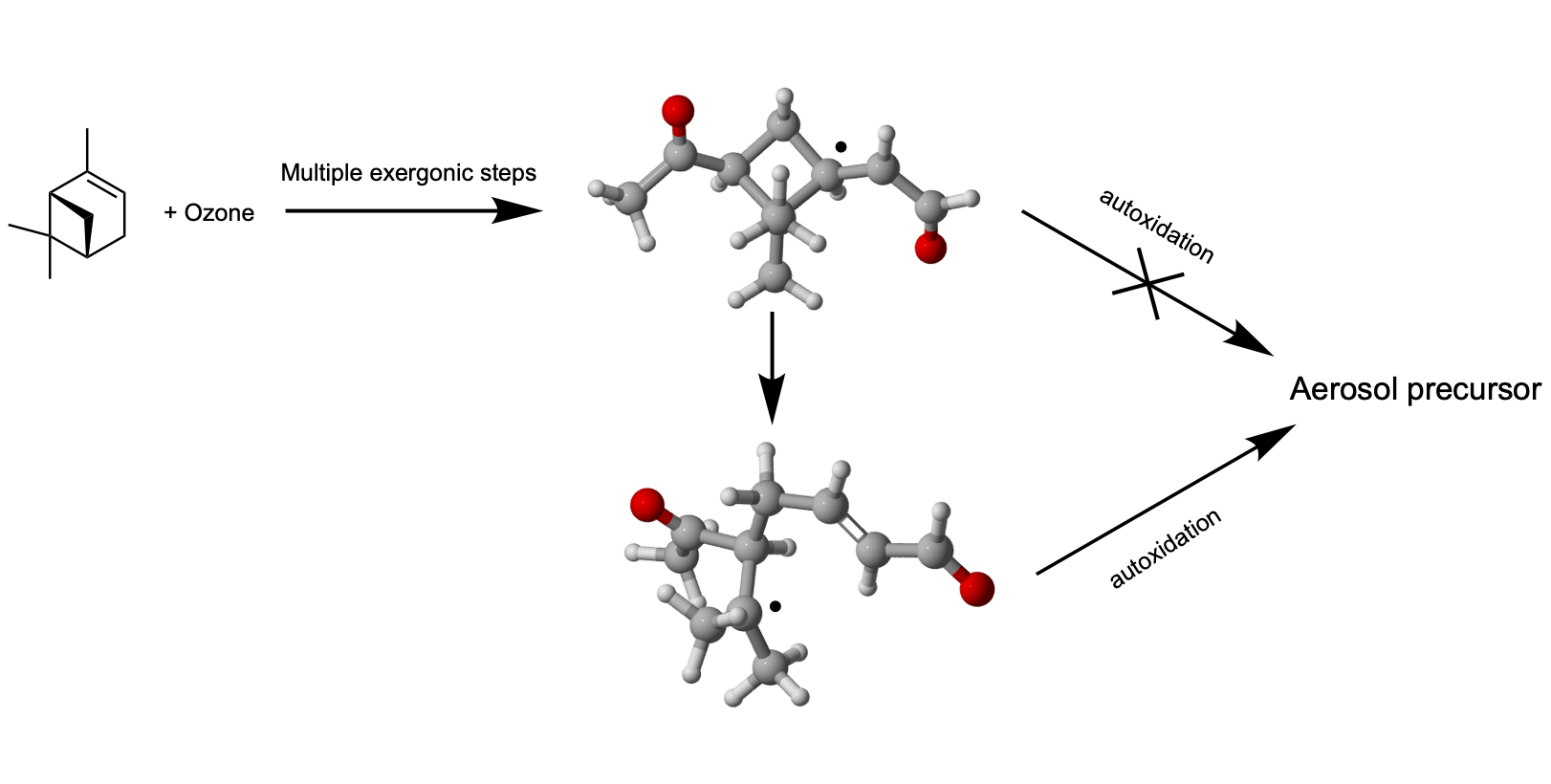 This is an important finding for aerosol scientists as we are finally able to bridge the gap between theory and observation concerning the formation of aerosols from hydrocarbons emitted by trees. This study also provides a methodological framework for studying other similar reactions where excess energy can lead to hitherto unexplored reaction channels. 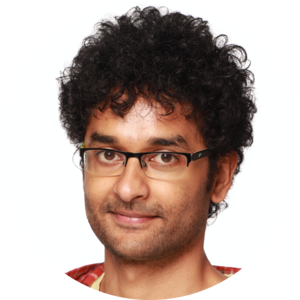