This Review identifies competitive advantages and drawbacks of heterogeneous and homogeneous catalytic hydrogenation, as well as enzymatic catalysis, photocatalysis and electrocatalysis, for CO2 reduction to methanol.

Carbon dioxide (CO2) is the most known greenhouse gas and it heavily contributes to global warming. The reduction of CO2 content can be addressed by developing new technologies, which do not emit or remove CO2 from the atmosphere. In the European Union, the current target is to reduce the greenhouse gas emission for 2030 to at least 55 % compared with 1990 level.

Methanol is an important platform molecule. As chemical feedstock, methanol has the potential for manufacturing of nearly all chemical products. It is also used for synthesis and reformulation of fuels and has high capacities for both energy and hydrogen storages. The global methanol demand has been increasing sharply in recent years, reaching the current annual methanol production capacity of over 100 million tons per year.

At the same time, methanol synthesis from CO2 over heterogeneous catalysts suffers from several shortcomings such as harsh operating conditions (high pressure and temperature). Major amounts of sustainable and often expensive hydrogen are needed for the CO2 hydrogenation. Since the CO2 thermocatalytic hydrogenation is limited by thermodynamics, continuous separation of methanol from CO2  and by-products is necessary in the recirculating process.

Our group in the UCCS laboratory of the University of Lille and CNRS is currently involved in the Electron to High Chemical Products (E2C) Interreg European project, which features use of sustainable electricity for CO2 chemical utilization. We are also participants in a few other research projects, which target CO2 catalytic conversion to methanol and which are currently at different stages of elaboration and realization.

The advantages of the processes are temperature lower than in heterogeneous catalysis, use of alternative sources of energy (light or electricity), potentially higher methanol selectivity. In some of them, water is used for CO2 reduction instead of costly green hydrogen.

The goal of our review "Highlights and challenges in the selective reduction of carbon dioxide to methanol" in Nature Reviews Chemistry written in collaboration with the Laboratory of Molecular Electrochemistry, University of Paris is to compare different strategies for methanol synthesis from CO2 using quantitative criteria such as selectivity, productivity, stability, temperature, pressure, technological maturity and cost of the produced methanol. We  evaluate the potential of these different ways to make methanol from CO2 in the most efficient ways and perspectvies of their advancement over the coming years. 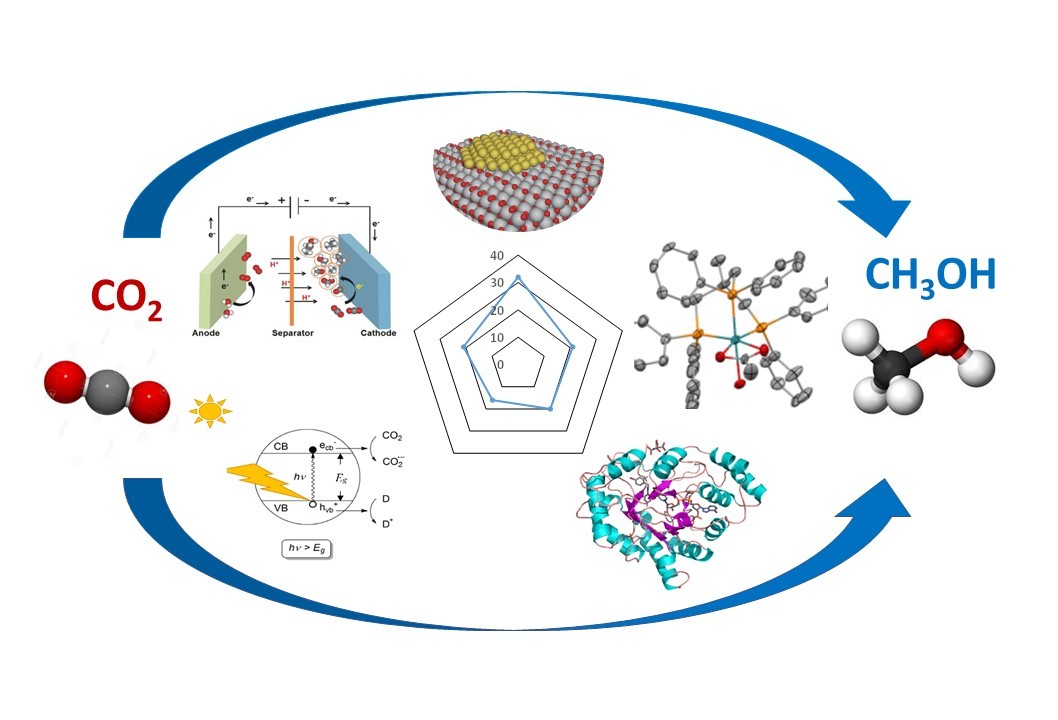