+1
Guang Feng and 1 other View all
Professor, Huazhong University of Science and Technology
Follow 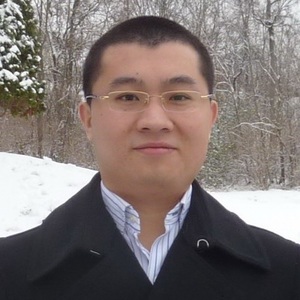 Molecular modeling frequently resorted to investigating the thermodynamic and kinetic behavior of supercapacitors, because molecular simulations can provide a precise microscopic picture of electric double layers (EDLs) and their formation. The constant charge method (CCM) and the constant potential method (CPM) are the two major ways to deal with electrode polarization. To model the charging and discharging process of supercapacitors, CPM is desired because its self-consistent adjustment of electrode charges, absent in CCM, can produce the correct charging dynamics and heat generation. Early CPM simulations often adopted the potential control mode, which cannot offer insights into the charging kinetics in the galvanostatic mode that has been widely used in practical (e.g., galvanostatic charge-discharge, GCD). Existing GCD simulations were largely based on CCM, in which the equivalent charge was set on each electrode atom and varied linearly with time (named GCD-CCM). However, due to the lack of self-consistent adjustment of electrode charges, the accuracy of GCD-CCM remains to be delineated. To simulate the charging and discharging process of supercapacitors under current control mode, it is desirable to have advanced modeling approaches that can regulate electric current (or galvanostatic) and maintain constant potential across each atom within an electrode.

To address such an issue, we developed a molecular simulation method to model the galvanostatic charge-discharge of supercapacitors by regulating the applied electric current and holding electrodes at constant potential (GCD-CPM). This method was employed to delve into the charging-discharging dynamics of the open electrode and nanoporous electrode systems, compared with traditional GCD-CCM simulations. For open electrode systems, the GCD curve and dynamic EDL structure by these two methods agree well. For nanoporous electrode systems, GCD-CCM produces unphysical phenomena, including parabolic-like potential distributions on electrodes, excessive ion diffusivity, and overmuch heat generation. In contrast, GCD-CPM well captures the charging dynamics, confirmed by experimental GCD tests with a bridge of the dimensionless diffusion model. The modeling with GCD-CPM discloses the hysteresis of ion adsorption-desorption during charging and discharging, which is found to originate from the electrolyte response lagging behind the electrode charge response to the polarization.

The GCD-CPM developed here could not only model the charging and discharging process of supercapacitors with applying electric currents of any form, but also can be combined with previous CPM methods in the potentiostatic mode to investigate complex charging modes at the molecular level, thereby helping to gain deep insights into dynamics mechanisms and optimal charging modes. This method could also be used for other applications involving the dynamic formation and release of double layers, such as capacitive deionization, batteries, superlubricity, and electrolyte gating. Moreover, our work provides guidance for selecting molecular simulation methods for given simulation systems.

All the details of our work can be read in our article in Nature Computational Science: https://www.nature.com/articles/s43588-021-00153-5