Excited state dynamics of chlorophyll derivatives applied in bio-solar cells are not fully understood. Here, time-resolved absorption study on these derivatives reveal enhanced lifetimes of radical species in the presence of hydroquinone would further enhance the corresponding device performance.

Chlorophyll (Chl) derivatives based solar cells including perovskite solar cell, organic solar cells, dye-sensitized solar cells, and bio-inspired solar cells have been widely developed in the recent years, because of their great potential in the future application considering the natural abundance, environmental friendliness, excellent photoelectric performance, and biodegradability of the chlorophyll derivatives1. However, the intrinsic excitation dynamics of Chl derivatives remain unclear. Here, we investigated the excited-state species of Chl derivatives both in solution and film states using sub-ns transient absorption spectroscopy.
Natural Z-scheme photosynthesis inspired bio-solar cells applying Chl derivatives (Chl-A as PSI simulator and Chl-D as PSII simulator) were constructed and show a promising power conversion efficiency lately2,3. Here zinc methyl 3-devinyl-3-hydroxymethyl-pyropheophorbide-a and free-base methyl 131-deoxo-131-dicyanomethylene-pyropheophorbide-a were named as Chl-A and Chl-D, respectively. But the intrinsic working principle of such bio inspired solar cells are still waiting to be explored. With such puzzles in mind, the first author of this paper Dr. Duan went to Hashimoto’s Lab in Kwansei Gakuin University from Jilin University to explore the excitation dynamics of the Chl-A and Chl-D using sub-ns time resolved absorption spectroscopy.
In this paper, inert nitrogen (N2) gas was introduced to the solution to examine the triplet-excited states of the Chl derivatives, while all-trans-β-carotene was introduced to confirm their corresponding triplet states in the solid states. Specifically, these Chl derivatives in solution would have markedly increased triplet-excited lifetimes after purging with N2 gas. Meanwhile, their triplet species in the films was confirmed using all-trans-β-carotene through the generation of triplet-excited β-carotene species originating from the energy transfer from the photo-excited Chl derivatives to β-carotene.
In addition, hydroquinone (HQ), a radical cation scavenger and/or anion radical donor was employed to identify the radical species of Chl derivatives in the solutions. Either their increased or shortened lifetimes would contribute to distinguishing the radical species types (cations or anions). Surprisingly, for the film samples, we observed that the introduction of HQ to the Chl derivative films remarkably enhanced their carrier lifetimes. This implies that the photovoltaic performance of the Chl-derivative-based bio-solar cells can be further improved through the addition of HQ to produce a longer carrier lifetime.
To check whether the increased carrier lifetime (by doping with HQ) could be attributed to the generation of the photocurrent, the Z-scheme process of oxygenic photosynthesis simulated in bio-solar cells upon doping with HQ were fabricated as shown in Figure 1. The Chl-A layer was doped with HQ at ratios of 0.1%, 0.5%, and 1%. The results demonstrated that the 0.5% HQ-doped device achieved the highest power conversion efficiency (PCE) of 1.55%, which was larger than that of the pristine Chl-A-based device (1.29%). This was because the photocurrent and fill factor (FF) of the 0.5% HQ-doped device increased. In addition, the photocurrent of the device increased as the HQ ratio increased, which was consistent with the results of our EADS analysis (i.e., the participation of HQ could prolong the carrier lifetime of Chl-A).

The working principle of the Chl derivatives inspired bio-solar cells could be explained as follows in Figure 2: Electron and hole pairs (excitons) are generated from triplet Chl-A and Chl-D after photoexcitation. The generated holes of Chl-A are recombined with the generated electrons of Chl-D at the interface of the Chl-A and Chl-D layers. In contrast, the electrons discharged from Chl-A are extracted by the ZnO electron transporter and collected by the ITO cathode, while the holes discharged from Chl-D migrate to the Ag anode through the MoO3 electron blocker when the device is operating. This is consistent with the result of the natural Z-scheme process of the oxygenic-photosynthesis-inspired bio-solar cell, for which there was an important but unconfirmed assumption in the previous work (i.e., there is a charge recombination between Chl-A and Chl-D). The results of this study clearly demonstrate that the electrons of Chl-D would be recombined with the holes of Chl-A. Therefore, we can conclude that the following reaction occurs: 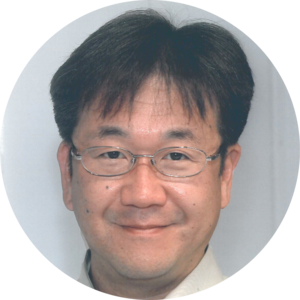