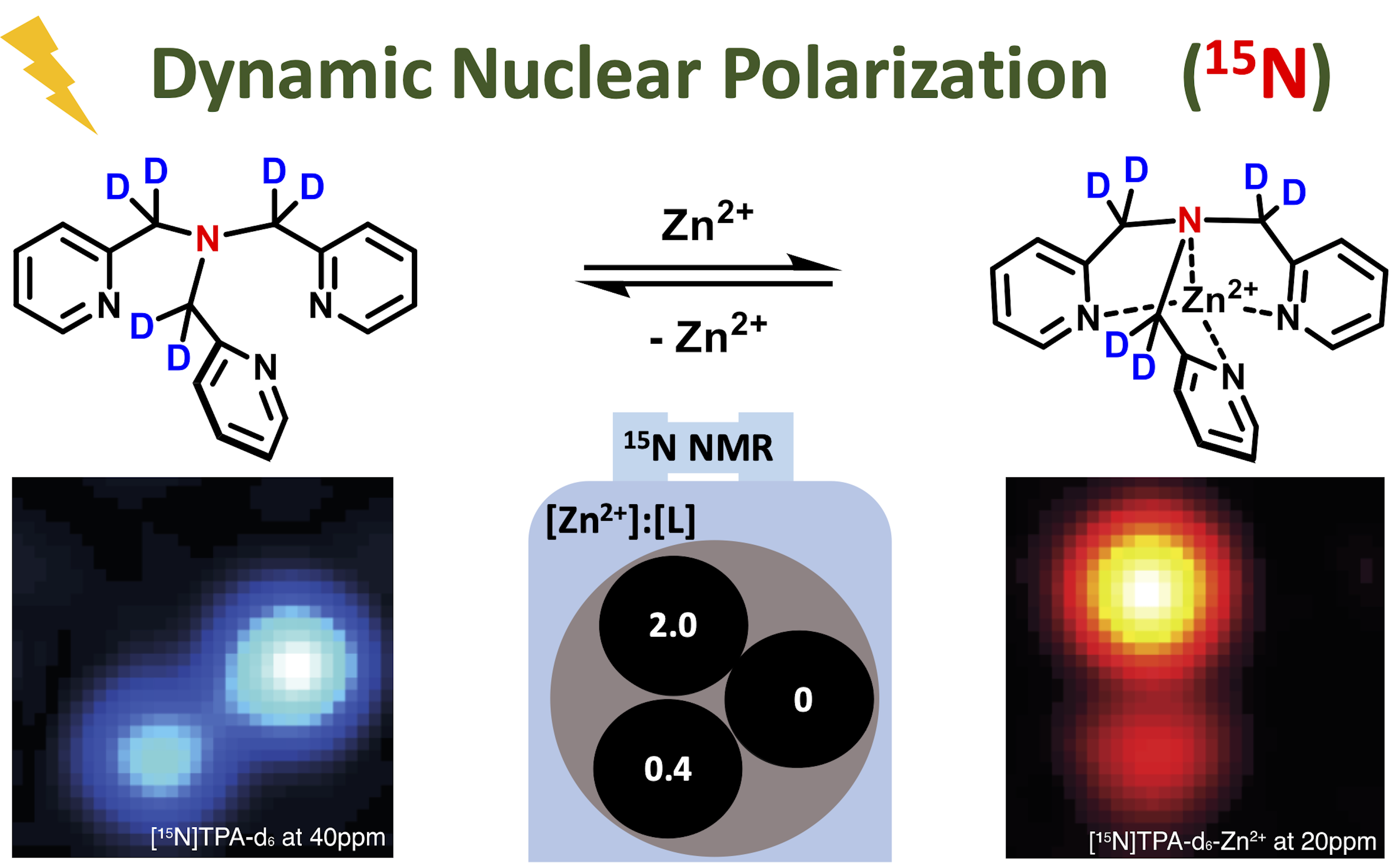 Although MR imaging is typically used to study biochemical systems by detecting the NMR signal of protons present in water molecules, the majority of biochemical reactions involve carbon or nitrogen containing molecules. Thus, making carbon-13 or nitrogen-15 based molecular probes are potentially very useful in biochemical studies in DNP. For example, MRI studies have demonstrated that a gadolinium-based Zn2+-responsive contrast agent can be used to monitor Zn2+secretion from pancreatic islets and prostate in mice.  Given that the Zn2+ content of prostate tissue is known to be much lower in prostate cancer, this technology has the potential to differentiate between healthy versus malignant tissue in a simple MRI exam in combination with a Zn2+-sensitive contrast agent.2  However, it should be pointed out that this test does not detect total Zn2+ content of prostate tissue but rather only the Zn2+ ions released in response to glucose.  Hence, an imaging method that provided a direct measure of total Zn2+ content could perhaps be even more informative. In the present study, we shows the use of  15N labeled hyperpolarized probe to detect molecular interactions with biologically important metal ions such as Zn2+.  This Zn-specific probe could prove particularly valuable for imaging the tissue distribution of freely available Zn2+ ions, an important known metal ion biomarker in the pancreas, in prostate cancer, and in several neurodegenerative diseases. We prepared the cell-permeable, 15N-enriched, d6-deuterated version of the well-known Zn2+chelator, tris(2-pyridylmethyl)amine (TPA), and demonstrate that the polarized ligand had favorable T1 and linewidth characteristics for 15N MRI. 15N resonances of the free and Zn-bound [15N]TPA-d6 were observed at different chemical shifts in N-15 NMR spectra (Figure 1). This probe was successfully used to quantify free Zn-levels in human prostate tissue homogenate and human prostate epithelial cells (Figure 2).   Zn2+ in the prostate is known to drop dramatically in malignant tissue, the current results demonstrate that the use of HP-[15N]TPA-d6 to measure freely available Zn2+ in prostate tissues in vivo during progression of prostate cancer would likely be diagnostically informative. Furthermore, hyperpolarized probes have various applications such as real time metabolic profiling, probing drug binding, monitoring drug mechanism, and covalent chemical labeling of amino acid.

We thank The National Center for In Vivo Metabolism all the supports for this research. http://www.invivometabolism.org

Learn more about our discovery published at communication Chemistry (2020). 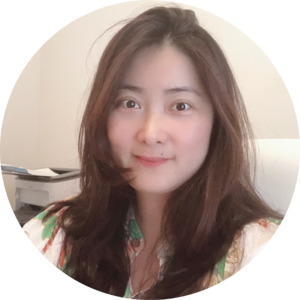