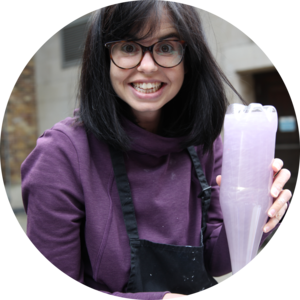 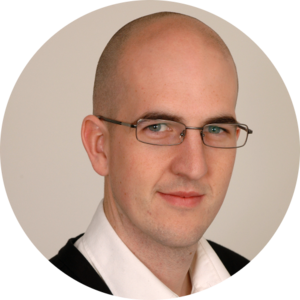 The formation of chiral phases in π-conjugated polymer thin films that can emit and absorb circularly polarised light plays a central role for their application in next-generation devices. To optimise such phases and employ them in future technologies, it is essential to understand the fundamental mechanism(s) that underpin their chiral-optical (chiroptical) activity. So far, the mechanisms by which chiral phases form in π-conjugated polymers has remained elusive, and assumed mostly to occur via structural chirality. In systems where chiroptical activity arises due to structural chirality, light becomes circularly polarised as it propagates through the thin film due to circular selective scattering and reflectance. Structural chirality is most often observed in the well-established chiral nematic (cholesteric) liquid crystalline phase, where an alignment layer is typically used to orient the helical axis. It can give rise to chiroptical phenomena when the pitch is of the same order of magnitude as the wavelength of light. Our group and others have previously observed strongly circularly polarised light emission and absorption (high dissymmetry) in achiral polymer thin films using chiral small molecule additives to induce a chiropitcally active phase. However, the observation of high dissymmetry at low film thicknesses (< 200 nm) is inconsistent with the requirements of structural chirality. This mechanistic disconnect inspired this study, where we compare the processes by which chiral phases are induced in both aligned and non-aligned thin films of two polymer-based systems: achiral polymers blended with chiral small molecule additives (ACPCAs) and chiral sidechain polymers (CSCPs). 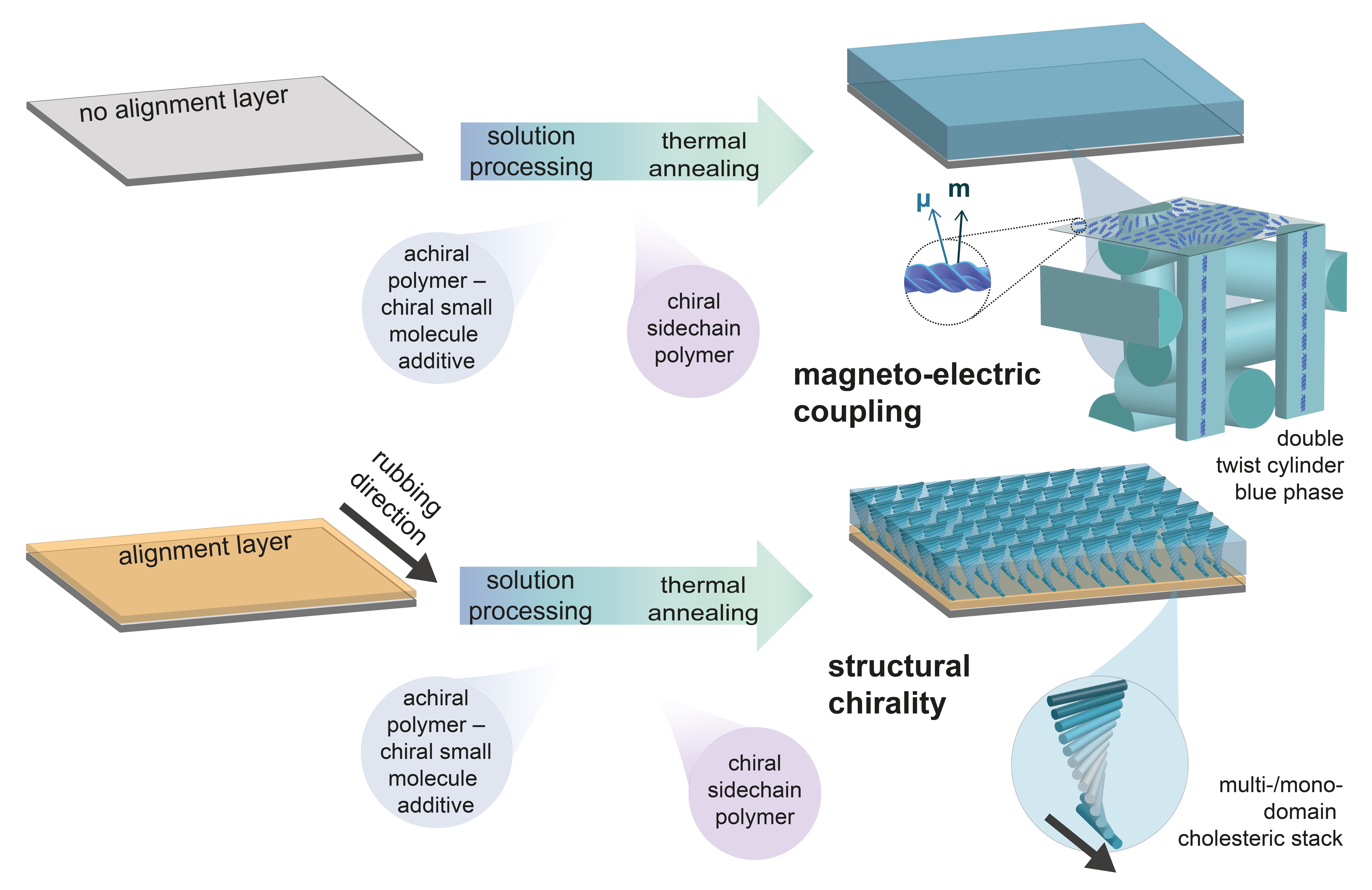 The fabrication conditions required to induce the chiral phase were optimised at the Diamond Light Source, using in situ Synchrotron Radiation Circular Dichroism to identify the perfect annealing temperature and time for maximum chiroptical responses. To better understand the optical and morphological effects at play, we made use of a range of advanced characterisation techniques. In an effort to disentangle the linear and circular contributions to the chiroptical response, we turned to Mueller Matrix Spectroscopic Ellipsometry (MMSE). We were fortunate to meet representatives from J. A. Woollam & Co at the 2018 SPIE Optics & Photonics conference, which launched an exciting collaboration that continues to generate fascinating results. Through measurements of the thicknesses, optical constants, and Mueller matrices of our thin films, we were able to construct an optical model that could simultaneously describe the polarimetric properties of all ACPCA and CSCP thin films, with or without alignment layers. In the case of systems without alignment layers, the MMSE data revealed that magneto-electric coupling (so-called natural optical activity) within the polymer thin films is responsible for the optical response. The same is not true for systems with alignment layers, where the chiroptical response arises due to circular-selective reflection and absorption from a periodic helical structure (i.e. a cholesteric stack). These findings have important implications for the applications of chiral polymer thin films in electronic devices, where ultrathin active layers are often required for high device performance, ruling out the use of cholesteric stacks that can only realise a strong chiroptical response at high film thicknesses. Whilst it was evident that the emergent chiroptical response was intrinsic to the polymers themselves, it was still unclear to us how such phenomena could occur at the structural level. To try and unravel this, we combined Resonant Soft X-Ray Scattering with high-resolution Atomic Force Microscopy, which indicated that the polymers assemble into a weakly-ordered double twist cylinder blue phase upon annealing. We believe that in this blue phase, exciton coupled chromophores may extend over several repeat polymer units, massively amplifying the potential dissymmetric response.

The discovery that magneto-electric coupling – and not long-range structural chirality – is responsible for the high dissymmetry of non-aligned polymer thin films will allow the rational design of chiral materials for a range of device applications, from efficient, high-performance displays, to 3D imaging and all-organic spintronic devices.