As a long-lasting interest in our group, we have been pushing the boundary of biocatalysis by directed evolution of enzymes, pathways, and genomes, as well as by integrating biocatalysis with chemocatalysis for catalytic transformations of interest. For example, we combined directed evolution with metabolic engineering to establish a new fermentative process to produce 100% pure xylitol from a mixture of pentose sugars (major components of hemicellulose)1. In addition, we developed several cooperative tandem catalysis, including the combinations of ruthenium-based metathesis catalyst and P450 enzymes for the synthesis of enantioenriched epoxides2,3, and the merger of rhodium-catalyzed diazo coupling and ‘ene’ reductases enabled reduction to synthesize enantioenriched succinate derivatives4.

Recently, development of photocatalysis has spurred the discovery of new reactivity from known enzymes. The Hyster group from Princeton University has made significant progress in this area, such as asymmetric debromination/deacetoxylation5,6, and intramolecular radical cyclizations7,8. In 2018, our group in collaboration with the Hartwig group from the University of California at Berkeley also achieved an interesting stereoconvergent reduction by cooperative photoinduced isomerization and enzymatic reduction9. However, so far photo-induced enzymatic catalysis has not been used for cross-coupling of two molecules (Fig. 1a). On the other hand, radical hydroalkylation of alkenes provides a versatile strategy for the construction of C(sp3)−C(sp3) bonds. But stereoselective hydroalkylation of electrophilic alkyl radicals with alkenes is less developed, and particularly access to functional molecules bearing a γ-stereocenter remains rare (Fig. 1b).

This caught our interest and we envisioned that enzymes might provide possibility to overcome the difficulty in stereochemical control of the remote prochiral radical intermediate, while the mild visible-light-induced radical process could open up new biocatalytic avenues. Based on the ‘ene’ reductase library our group had built4,9, we screened a lot of different conditions and finally achieved an unprecedent intermolecular stereocontrolled radical hydroalkylation of terminal alkenes with α-halo carbonyls (Fig. 1c)10. In collaboration with the Binju Wang group, a computational chemistry group from Xiamen University, we conducted detailed mechanistic studies combining wet experiments and computational simulations.

The key to this “all-in-one photoenzymatic catalysis” is the unique property of the ‘ene’ reductase. It forms the key EDA (electron donor-acceptor) complex upon substrates complexation, which serves as visible-light-absorbing antenna and triggers radical process upon light-excitation. The enzyme active site steers the course of radical to an intermolecular reaction pathway with the overall stereochemistry under control.

Driving biocatalysis with visible light is a highly promising yet under-developed area with ample opportunities to discover new-to-nature reactions. As a part of U.S. Department of Energy ‘s Center for Advanced Bioenergy and Bioproducts Innovation (CABBI), we also believe the new photoenzymatic catalysis developed here can serve as a proof-of-concept for the development of novel biocatalysts for bioproduct upgrading and we are actively exploring several native or artificial photoenzyme-catalyzed new-to-nature reactions using fatty acids as starting materials. 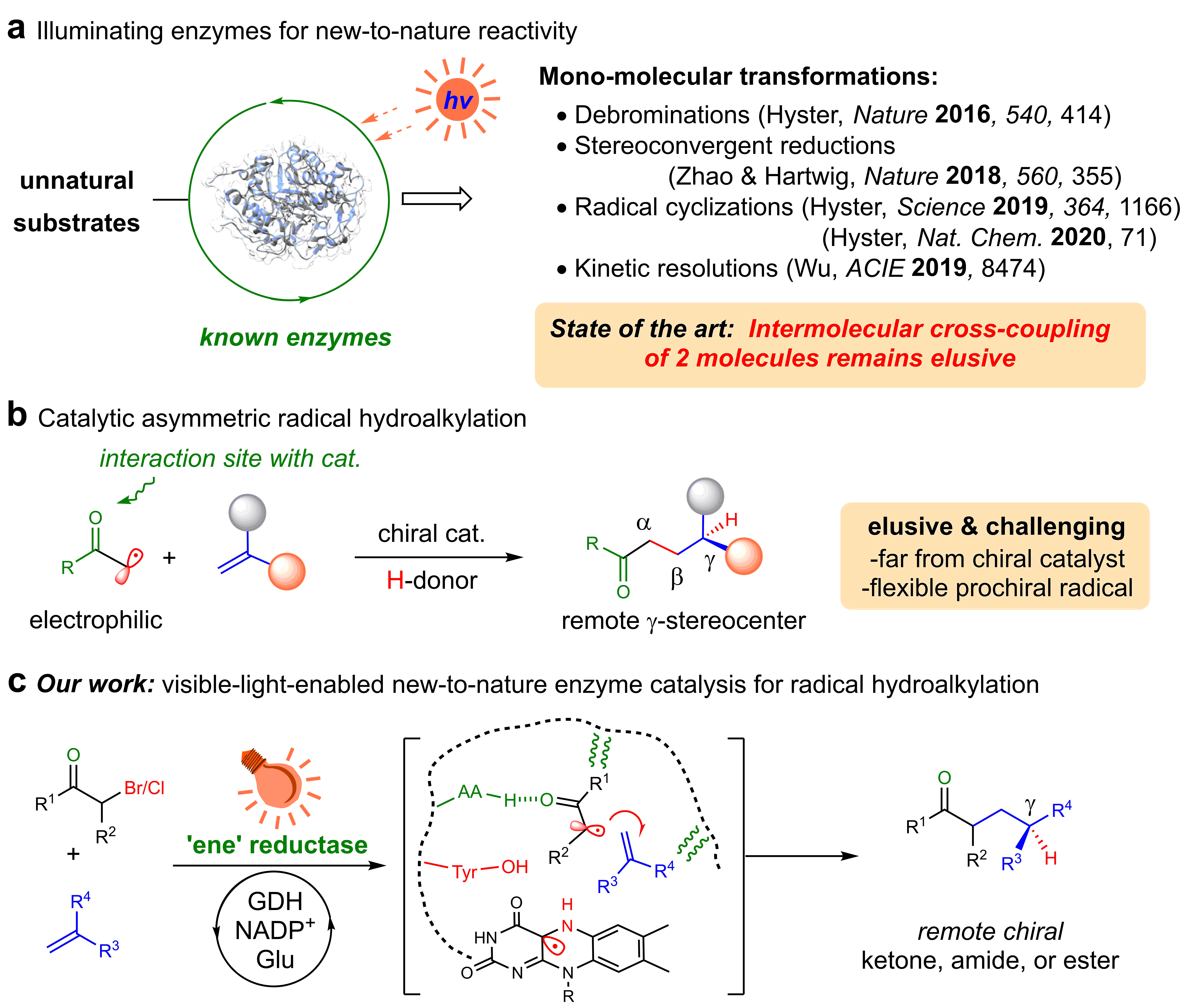 Written by Xiaoqiang Huang and Huimin 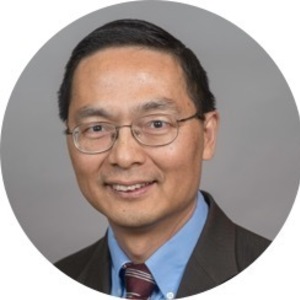 Professor, University of Illinois at Urbana-Champaign