The geometric phase (GP) is an important concept in the adiabatic theory. It represents the phase acquired when a quantum system undergoes an evolution adiabatically around a closed circuit in the parameter space. The concept of the GP has given rise to various observable effects, and played a profound role in various areas from chemistry to condensed-matter physics. For the molecular systems with a conical intersection (CI), the theoretical treatment in the adiabatic picture requires the inclusion of the GP to make sure that the total wave function remains single-valued at each nuclear geometry.

H + H2 is the simplest chemical reaction and can be accurately described with current quantum theoretical methods. It exhibits a typical D3h CI between the ground and first excited electronic states at the total energy of about 2.75 eV.  Very recently, quantum interference between two distinct topological pathways in the H + HD → H2 + D reaction was revealed from the oscillatory structures in the energy dependence of backward scattering in the collision energy range between 1.94 and 2.21 eV by using the D atom Rydberg tagging method, which provides evidence of the GP effect in this reaction at energy far below the CI1.

Quantum wave-packet results suggested that a shift of the fast oscillatory angular distributions of the state resolved products could also serve as a clear signature to reveal the effect of GP2, which was first confirmed experimentally in 2018 in the H + HD → H2 + D reaction at the energy around the CI by using the high-resolution velocity map imaging (VMI) technique3. The measured fast angular oscillations of the forward scattered products can only be reproduced by quantum mechanical calculations on the lowest adiabatic potential energy surface with GP included, clearly demonstrating the existence of the GP effect in the reaction. At an energy well below the CI, where the role of the adiabatic electronically excited state could be simply excluded, will there be observable effects due to the GP on the angular distributions of the state resolved products?

We carry out a high-resolution crossed molecular beam study on the H + HD → H2 + D reaction at the collision energy of 2.28 eV, 0.25 eV below the CI, with the time-sliced VMI method. The D atom products are detected by the vacuum ultraviolet based (1+1’) near-threshold ionization scheme. The distinct oscillations in the DCS around the forward direction are observed. Accurate adiabatic quantum mechanical time-dependent wave packet calculations are also performed with and without considering the GP effect in hyperspherical coordinates to investigate the role of GP on this reaction. In addition, the dynamical mechanism is revealed using quasi-classical trajectory (QCT) calculations. The theoretical GP DCS is in excellent agreement with the experimental results, with the theoretical angular oscillations in the DCS right in phase and amplitude with the experimental results, while the NGP results show clear differences with the experimental one. Quantum dynamics theory reveals that the GP effect arises from the phase alteration of a small part of the wave function, which corresponds to an unusual roaming-like abstraction pathway.

More details of this work can be found here: “Observation of the geometric phase effect in the H+HD→H2+D reaction below the conical intersection” in Nature Communications: https://doi.org/10.1038/s41467-020-17381-4 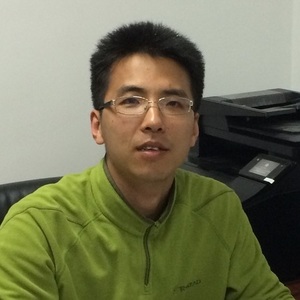