Our recently published work in Nature Chemistry describes a novel method for interfacing molecular catalysts with electrode surfaces that enables the electrodes to be recycled following inevitable degradation of the molecular catalysts.[1] The origin of this paper has its roots in a discussion that I had with Prof. Hubert Girault (EPFL) in October of 2015, just after I had started as an Assistant Professor at the University of Zurich. I mentioned that I had one project in mind involving anchored molecular catalysts and atomic layer deposition (ALD) layers, investigating whether or not a protecting group for the catalytic site of the molecular catalyst was necessary to maintain high electrocatalytic activity following the ALD process. He encouraged me to really go beyond the state-of-the-art and do something that directly addresses the main challenge of (anchored) homogeneous catalysts: stability, perhaps through recycling. Cyclodextrins and host–guest complexes immediately sprang to mind.

Laurent had recently joined my lab as a PhD student and he was the one and only student working on anchored molecular catalysts, while other group members focused on thin film semiconductor light absorbers or more fundamental aspects of photoelectrochemistry. Laurent first tackled my initial protecting group idea.[2] This project gave us valuable experience with traditional anchoring groups (carboxylates and phosphonates) as well as mesoporous substrates and some important analytical techniques such as IR and fluorescence spectroscopy. However, the surface-bound host–guest idea was incubating in the background during this time.

Although some research into electroactive guests with cyclodextrin hosts had previously been carried out by several groups, catalysis based on this type of system had not been shown. A report on rapid charge transfer in such host–guest complex assemblies – despite the lack of direct covalent or pi-stacking bond between the surface and the catalytic active site – gave us hope that these systems might be suitable for electrocatalysis if stable binding could be achieved. Given solution phase association constants and the known dynamic nature of host–guest complex formation, we would normally not expect the system to be stable, yet there were literature reports of host–guest anchored dye molecules that indicated stronger than expected binding on surfaces.

We quickly realized that one of the main challenges for this project was analytics, as the convenient tools for characterizing molecules in solution are not available once these molecules are attached to a large electrode surface. Fortunately, we had colleagues at ETH Zurich who had been developing and studying tools that were perfectly suited for our questions, namely tip-enhanced Raman spectroscopy. This technique enables the detection of truly minute quantities of molecules on gold substrates, which was the initial focus for our studies of host–guest complexation on surfaces. Thanks to efforts from Jacek Szczerbiński, a PhD student from the group of Renato Zenobi, many hours of repeating measurements, etching the tips and most importantly optimizing TERS parameters paid off to give us insight on our golden surfaces (over four years’ time).

As we progressed through the electrochemical and catalytic characterization of the host–guest bound system, we realized that the use of mesoporous metal oxide substrates was crucial for practical reasons. After adapting the gold-anchoring groups of the cyclodextrin hosts to bind to metal oxides, we found that these host-modified electrodes were surprisingly robust and suitable for recycling of active catalyst. Moreover, we were delighted to find that the host-guest complexes were much more stable than solution phase association constants would suggest, even in organic solvents (which usually shows lower association constants as compared to water). These findings highlight the generalizability of the system and indicate that this approach can be implemented in a variety of electrocatalytic systems with many different solvents.

It is important to point out that the paper represents a Proof of Principle. The molecular catalysts that were investigated are neither particularly fast nor the most efficient for the respective reactions. However, we believe that there is much room for improvement of these systems. Our future work will entail investigating new hosts with different anchoring groups as well as new guest moieties for the anchored molecular catalysts. We hope that others will also explore this new approach.

Finally, we wish to thank all of our collaborators who have contributed to this highly interdisciplinary study, as well as Dr. René Wick for the supporting artwork and TOC.

Link to the paper: https://rdcu.be/chtQs 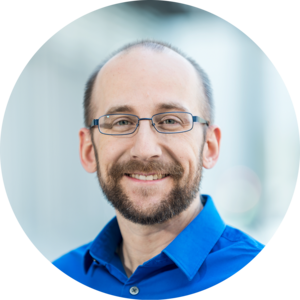