Subduction zone volcanoes are underlain by extensive magma plumbing systems that can obscure original mantle source signals. However, intracrystal oxygen isotope analysis of clinopyroxenes from the Sunda arc has captured rare information about the sub-arc mantle in this part of the globe.
Frances Deegan
Researcher, Uppsala University
Follow

Young erupted lavas from a series of Indonesia’s fiery volcanoes on the islands of Bali and Java provide new insights into the composition of Earth’s mantle and the processes within the magma supply systems that feed these volcanoes. For this work, we turned to small crystals of pyroxene present in all lavas in Indonesia. The pyroxene crystals tell us that although subduction processes are the underlying reason for the volcanoes on Java and Bali to form, very little oceanic sediment is being recycled back into Earth’s mantle in this part of the globe. Our new data suggest that this is an end-member situation for sediment-poor subduction zones, making it a reference case for subduction studies elsewhere on the globe.

Indonesia – land of volcanoes in the “Ring of Fire”

Indonesia is an archipelago country that stretches for ca. 5000 km along the Pacific “Ring of Fire”. This chain of volcanoes is referred to as the Sunda arc subduction zone, where one of Earth’s tectonic plates is being forced beneath another. Deep within this subduction zone, molten rock (magma) is generated and gradually makes its way to the surface, where it erupts, often explosively, onto Earth’s surface. Indonesia is dotted with volcanoes, many of which are frequently active, extremely dangerous, and the cause of mass casualties in the past. This combination of active volcanoes and a high population density puts Java and Bali at the top of the ‘volcano vulnerability index’ worldwide. Some of the most recent activity along the Sunda arc was at Agung volcano on Bali, which erupted explosively in 2018 and grabbed the attention of the world's media. Thankfully, we carried out our fieldwork in Indonesia long before Agung started erupting!

A fundamental question that has been unresolved to date is the nature and composition of the magmas ultimate source region (Earth’s mantle) that underlies the Indonesian volcanoes at over 30 km underground. This is difficult because the source signal is often lost during the magma’s journey to the surface. Magma is chemically very reactive and it changes its composition as it moves through the layers of rocks sitting above the subduction zone (Earth’s crust). Finding the original mantle signal therefore requires a forensic approach using small mineral components that have survived from as early in the magma’s history as possible.

Pyroxene is a black crystal containing iron and magnesium that is very common in volcanic rocks from Indonesia. It can be employed as a probe of Earth’s mantle because it is one of the first minerals to grow in the magma that feeds volcanoes like those in Indonesia.  In order to interrogate these minerals and retrieve their precious cargo of information, we used a Secondary Ion Mass Spectrometer (SIMS). A SIMS is a highly sensitive analytical instrument that has applications in areas as diverse as material science, solar cell science, nuclear materials, pharmaceuticals, and, of course, Earth science. There is one SIMS instrument in Northern Europe – the NordSIMS – located in the Swedish Museum of Natural History in Stockholm. Using this instrument, we shot powerful beams of cesium ions at the pyroxene crystals. When the beam hits the pyroxene, its causes atoms to be removed from the crystal. From each analysis we can obtain information about the relative abundance of different forms of the element oxygen (the amount of oxygen-18 compared to oxygen-16, also known as an isotope ratio). This information is like a fingerprint and we can use it to find the mantle signal underlying the studied volcanoes. This is truly a forensic approach if you consider that the pyroxene crystals studied are smaller than a grain of rice and each analysis made by the SIMS is smaller than the thickness of a single strand of human hair!

The lifeblood of volcanoes

Oxygen is everywhere. It’s in the air, our bodies, and in magma - the lifeblood of volcanoes. In fact, oxygen makes up about 50% of any volcanic rock. By measuring the oxygen composition of tiny pyroxene crystals in volcanic rocks, we have now discovered that the oxygen isotope ratio of pyroxene crystals is controlled in large part by the crustal rocks that the magma encounters as it makes it way upward in the magma plumbing system. However, the volcanoes on Bali island are special as they seem to have a deep connection to Earth’s mantle. Pyroxene crystals erupted by Balinese volcanoes are like airplane black boxes for the mantle beneath Bali. We can gain vital information if we know how to extract the information. The volcanoes on Bali offer a relatively uncompromised insight into the mantle under Indonesia, that has until now remained elusive. The crystals tell us that very little oceanic sediment is being pushed back into Earth’s mantle under Bali, which makes it a reference case for sediment-poor subduction studies elsewhere on the globe.

This window into the mantle at Bali is unique along this part of Indonesia and has prompted us to start looking at other minerals from Bali and other isotope systems too. As always, scientific research answers some questions and triggers more. Luckily, we are happy to oblige! 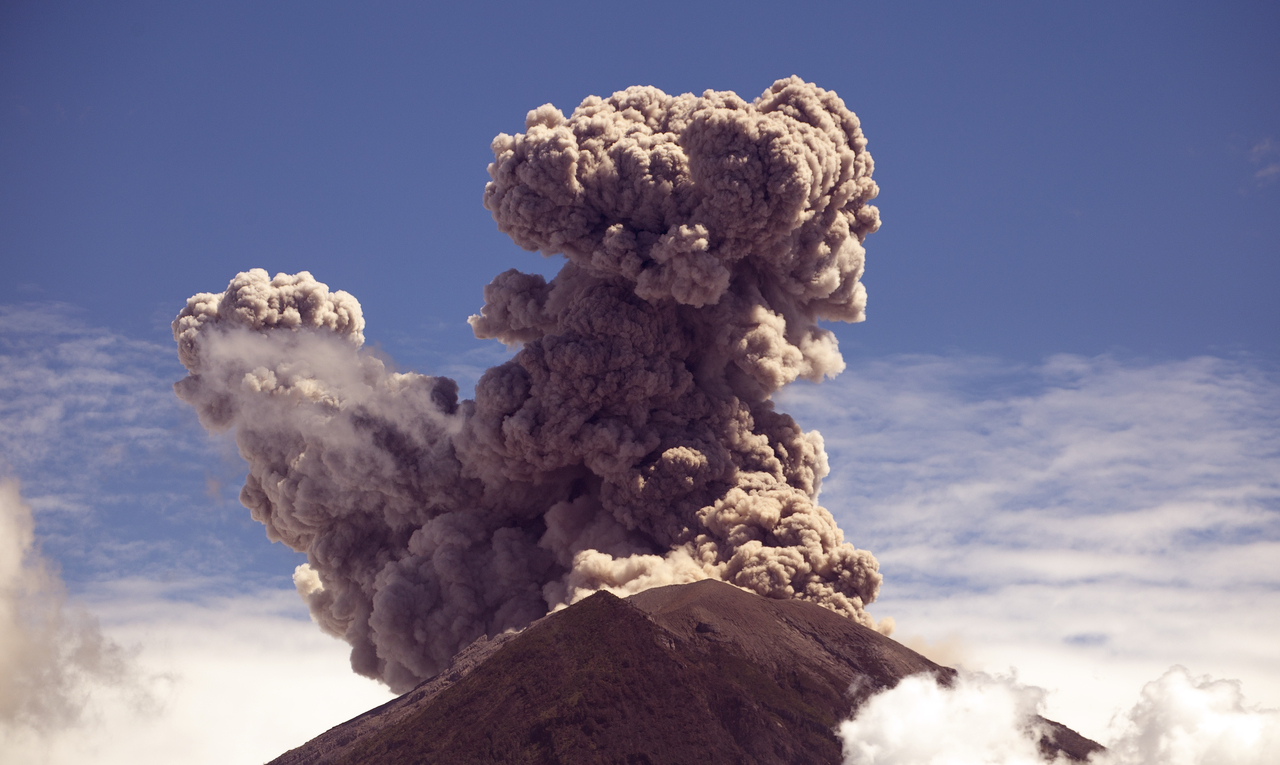 Subduction zone volcanoes are underlain by extensive magma plumbing systems that can obscure original mantle source signals. However, intracrystal oxygen isotope analysis of clinopyroxenes from the Sunda arc has captured rare information about the sub-arc mantle in this part of the globe.