Separating ions or small molecules​ of similar size from each other using membranes is rather challenging. With the help of a surfactant network, scientists have managed to make a nanofiltration membrane with such a capability of precise solute-solute separation.
Shihong Lin
Assistant Professor, Vanderbilt University
Follow
Like Liked by Mostafa (Pirouz) Dadashi Firouzjaei

How can we separate two different solutes of very similar size, say, less than 1 Angstrom in their size? For those who do not deal with the unit Angstrom (Å) in their daily life, the comparison between 1 Å and 1 meter is roughly equivalent to the comparison between the thickness of a credit card and the radius of the earth. While scientists have successfully developed ways to separate small ions or molecules from water, achieving solute-solute separation with a sub-1Å precision has never been reported until this recent paper published in Nature Communications by Liang and coauthors (link to open access article: doi.org/10.1038/s41467-020-15771-2).

The authors addressed such a technical challenge of precise solute-solute separation using a relatively mature and highly energy-efficient technology, nanofiltration. In a nanofiltration (NF) process, hydraulic pressure is applied to push water and small solutes through a membrane with Angstrom-scale pores, while solutes larger than the pore size are rejected by the NF membrane. The key to achieving precise solute-solute separation in such a process is to use membranes with a highly uniform pore size distribution. In other words, these membranes need to reject solutes larger than a certain size but not those just slightly smaller. Making such NF membranes, however, is not trivial.

Commercial NF membranes are almost exclusively fabricated using a mature and efficient process called interfacial polymerization (IP). In an IP process, two chemical precursors (i.e., the monomers), one in the water phase and the other in the oil phase, react at the water/oil interface to form a thin film of polymer called polyamide (PA). This very thin PA layer, which has Angstrom-scale pores, serves as the active separation layer. Because the IP process involves complex transport and reaction phenomena and only takes a matter of seconds to complete, it is inherently difficult to obtain a pore-size distribution that is narrow enough for solute-solute separation with a sub-1Å precision.

The trick that Liang et al. discovered in their study is to add the right kinds of surfactants to promote the formation of a highly organized network at the water/oil interface. This network of surfactants promotes fast and uniform diffusion of the precursor from the water phase to the oil phase, which results in a PA active layer with a very narrow pore size distribution. This approach is named by the authors as “surfactant assembly regulated interfacial polymerization”, or SARIP, as a new approach of IP that yields PA membranes with highly uniform pore size distribution. The resulting PA membranes enable the separation of ions of very similar sizes, which cannot be achieved with the PA membrane formed via conventional interfacial polymerization (see the comparison in the figure). Revolving around the idea of SARIP, the authors performed an extensive study to show the types of surfactants that would work the best and demonstrate that the approach also works with other pairs of precursors.

“Precise separation of ions and small molecules using membranes will have transformative impacts on energy, water, chemical, and pharmaceutical industries” the authors said with passion about the prospect of this new approach. “Notably, SARIP can be readily implemented using the established manufacturing infrastructure,” which further adds to the potential impacts this approach can make in engineering practice. 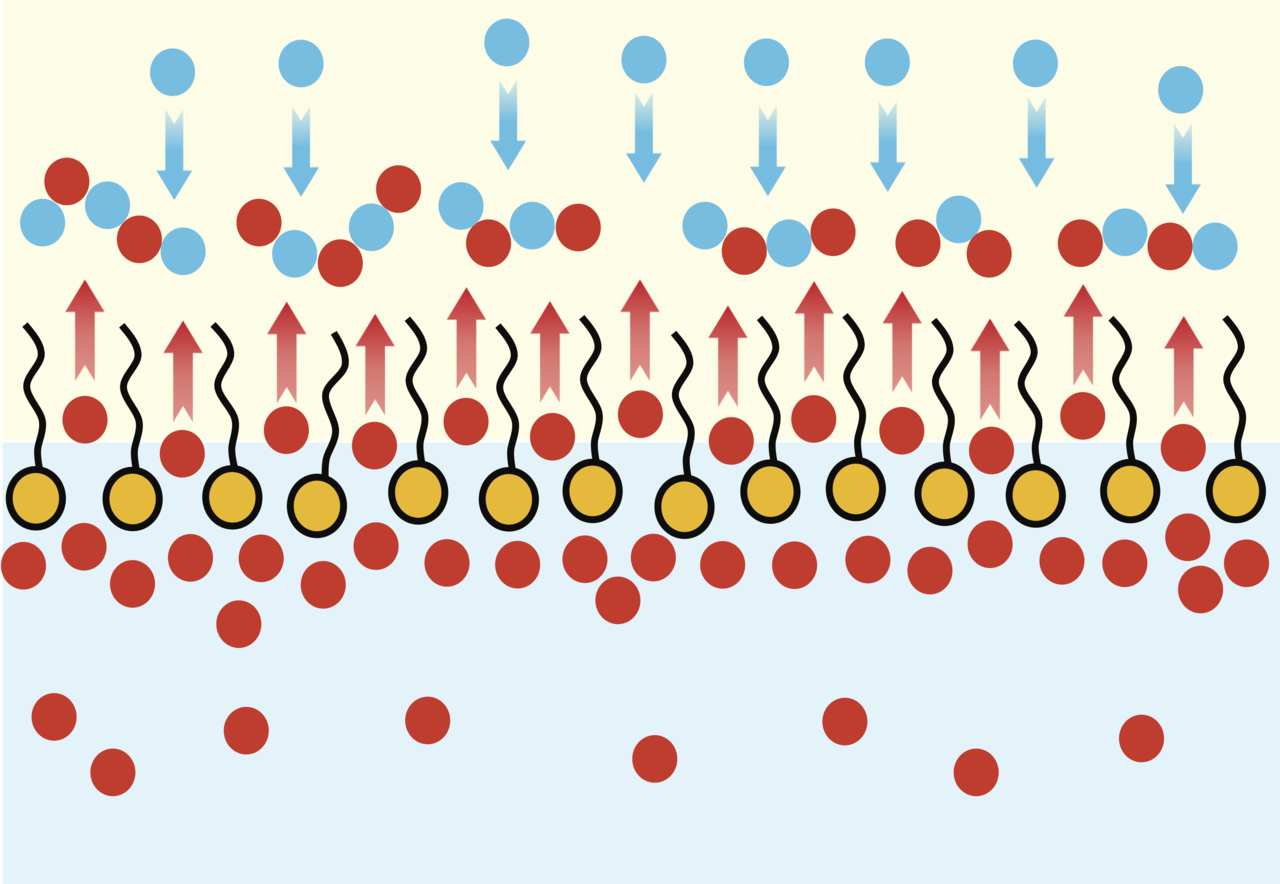 Separating ions or small molecules​ of similar size from each other using membranes is rather challenging. With the help of a surfactant network, scientists have managed to make a nanofiltration membrane with such a capability of precise solute-solute separation.