In the last century, man-made effects and amounts of human-moving chemicals in the biosphere have become comparable to the scale of geological and other natural processes. Counting the number of toxicants entering the environment (including metals) shows that human activity represents currently the significant factor affecting the global and regional cycles of most chemical elements.

Iron and manganese are present in the emissions (as a particulate matter) at all stages of the metallurgical manufacturing cycle, from ore processing (iron and manganese ores treatment) to cast iron and steel production. Into the structure of smelter's emissions, the following substances are predominating: carbon dioxide, particulate matter (dust), and nitrogen oxides.

The investigation areas were located in Lipetsk city (52°37′ N, 39°36′ E), Lipetsk Region, Russia. Region located in the junction zone of the Central Russian Upland and the Oka-Don Lowland. The Lipetsk region is identified by the low forest cover. Lipetsk represents the vastest city within the region. The city possesses one of the largest Russians steel mills, the Novolipetsk Steel, which accounts for 86.2% of all atmospheric emissions from industrial enterprises in the region.

Experimental plots were laid in Scots pine cultures in sanitary-protective plantations and located in the close quarters of the Novlipetsk Steel (impact zone), near the ore-processing factory (the distance to the source of contamination was 300-400 meters). As a control, we were able to locate two suitable pine stands. These stands are in man-made forests located 17 km northeast of Lipetsk. Stands selected were of the comparable age (38-45 years old) and similar structure.

The metal content (in the soil, fine (< 1mm) roots, annual shoots and needles) was determined by atomic absorption spectrometry using an atomic absorption spectrometer (Spektr-5). To describe the stock of elements in pine fine roots, we used the biological accumulation coefficient (BAC), which was calculated as a ratio of metal content in plant organs to that in soil. To define the movement of metals within the pine plants, we applied the biological migration coefficient (BMC), which was counted as a ratio of element content in plant organs to that in roots.

The biological accumulation and biological migration coefficients of iron and manganese

Based on the values of the biological accumulation and migration coefficients, what in each case slighter than one, for Scots pine the iron represent not an element that actively accumulates. Nevertheless, for manganese, this stock model is valid only for fine roots, whereas under the contaminated environment, the metal mobility steepen, and the migration pattern shifts towards increased manganese accumulation in the aboveground part of pine trees. 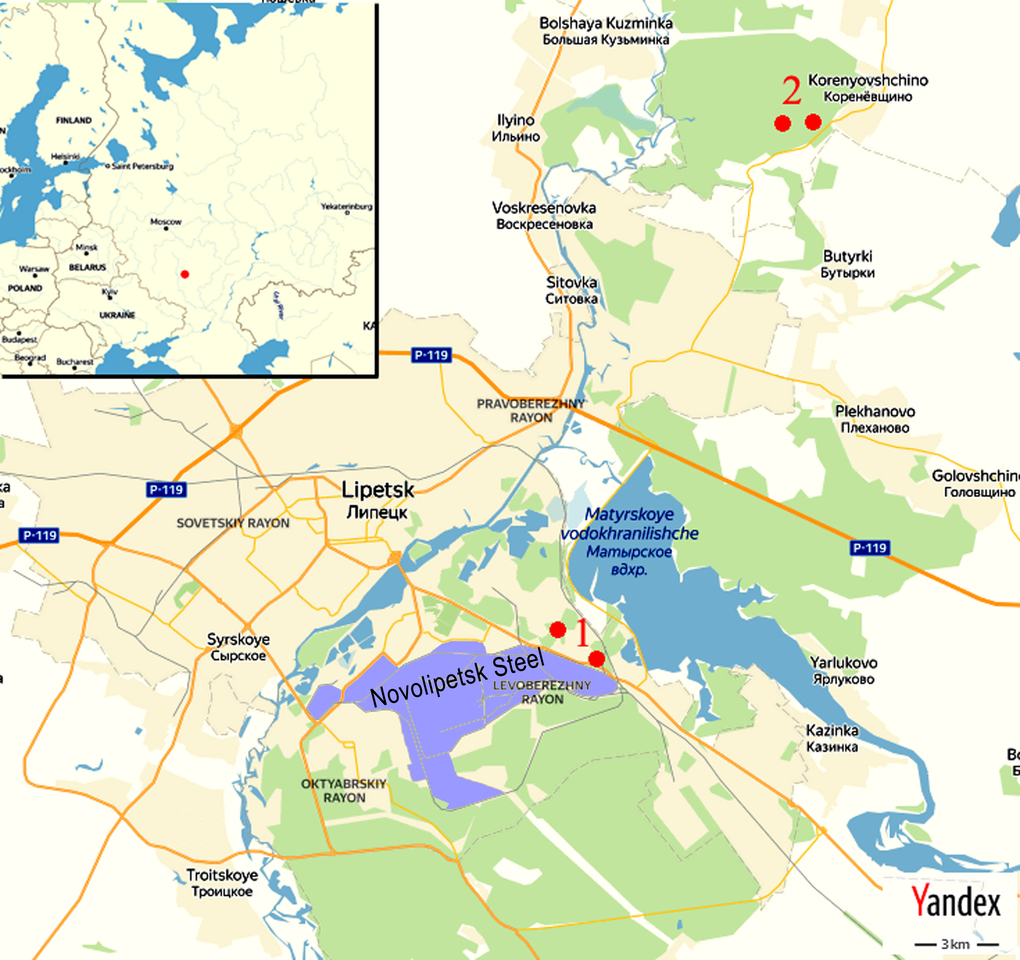