Expanding upon the previous article1 and post2 on Cram's neocarcerand Octacid4 and its irreversible, noncovalent, bimolecular complexes (neocarcerplexes), in the just published article titled "How neocarcerand Octacid4 self-assembles with guests into irreversible noncovalent complexes and what accelerates the assembly," I described (1) why capturing self-assembly pathways of the neocarcerplexes at high time resolutions is important for alternative drug design strategies that account for constrictive binding, (2) how for the first time such pathways were captured computationally, (3) the structural and kinetic information derived from these captured pathways that explains how two molecules self-assemble into a neocarcerplex and what accelerates the assembly, and (4) implications of the structural and kinetic information.

Here I disclose the aha moment of the just published article3, showing that it was the wet bench synthetic chemistry training that led to the development of an in-silico protocol for the capture of the neocarcerplex self-assembly pathways, which highlights multidisciplinary training for interdisciplinary research.

As detailed in the just published article3, one way to account for constrictive binding in alternative drug design strategies is to design a drug that can adiabatically self-assembly with its target into an irreversible, noncovalent, bimolecular complex with high metabolic stability, high potency-to-mass ratio, low acting dose, and low off-target activity4,5,6,7. This design requires both structural and kinetic knowledge on how the neocarcerand and its guests self-assemble into neocarcerplexes and what accelerates their assembly, and that knowledge hinges upon the capture of the neocarcerplex self-assembly pathways at extremely high-time resolutions for high quality kinetic information.

Initially, I did not think it was possible to use unrestricted and unbiased molecular dynamics (MD) simulations to capture such pathways. The complexation times of neocarcerplexes are known from the NMR experiments to be on the order of minutes to hours8, but current MD simulation times are on the order of milliseconds. In addition, the MD simulations require a huge amount of disk space (on the order of petabytes) to store trajectories of just a millisecond MD simulation at intervals of ≤100 femtoseconds for capturing the high-time resolution pathways. Further, due to the lack of experimentally determined kinetic data for any neocarcerplexation, there is no sanity check on whether the pathways derived from the MD simulations are at all realistic.

Then, I was puzzled by the finding noted in the article by Yoon and Cram8 that p-xylene and naphthalene could get into an Octacid4-containing aqueous solution with a sodium borate buffer at pH 9 and subsequently self-assemble at room temperature with the fully deprotonated Octacid4 (possessing a total charge of -8). During my PhD degree training in synthetic chemistry, I experimented with many chemicals for various reactions and learned that p-xylene and naphthalene are hydrophobic. Because of this training decades ago, after reading the article by Yoon and Cram, I could not help asking myself: How could these hydrophobic compounds get into the aqueous solution and then form neocarcerplexes with the highly negatively charged Octacid4?

Subsequently, one day walking in the woods, the water solubility question suddenly reminded me of my synthetic chemistry training project involving the use of a phase-transfer catalyst9 to improve a heterogeneous reaction yield. That was my aha moment at which I realized that the cation of sodium borate served as not only a buffer but also a phase-transfer catalyst.

Because eight sodium cations can chelate with the eight evenly distributed carboxylates on the Octacid4 surface and favorably interact with eight p-xylenes or naphthalenes via the cation-pi interaction10, the sodium phase-transfer catalyst causes accumulation of hydrophobic p-xylene or naphthalene onto the hydrophilic surface of the fully deprotonated Octacid4. This accumulation is equivalent to immersing the sodium-chelated Octacid4 in a neat p-xylene or naphthalene solution. According to the law of mass action, simulating the sodium-chelated Octacid4 in a neat guest solution can substantially shorten the self-assembly time of Octacid4 with p-xylene or naphthalene because the guest here is in large excess. It also offers a simple sanity check of the pathways using linear regression analysis of the natural logarithm plot of the Octacid4 population versus the simulation time. Here the exponential decay of the Octacid4 population over the simulation time is expected for simulating the self-assembly of Octacid4 with its guest in large excess. Therefore, all dots in the natural logarithm plot should form a straight line if the pathways (from which the dots were derived) are realistic. Hence, a goodness of fit (r2) of <0.70 for the natural logarithm plot can readily identify the unrealistic pathways. This chain of reasoning led to the formation of an in silico protocol that turned out to be effective in circumventing the aforementioned formidable challenges in capturing the neocarcerplex self-assembly pathways at high-time resolutions.

Ultimately, this in silico protocol, conceived from the seemly unrelated training in wet bench synthetic chemistry, resulted in the just published article3 that renders structural and kinetic insights into two high-level questions—how two molecules self-assemble and what accelerates the assembly—with relevance to materials technology, data storage and processing, molecular sensing and tagging, and drug therapy. It also exemplifies the benefit of pursuing multidisciplinary training for interdisciplinary research.

3. Pang, Y.-P. How neocarcerand Octacid4 self-assembles with guests into irreversible noncovalent complexes and what accelerates the assembly, Commun. Chem. 5, 9 (2022). 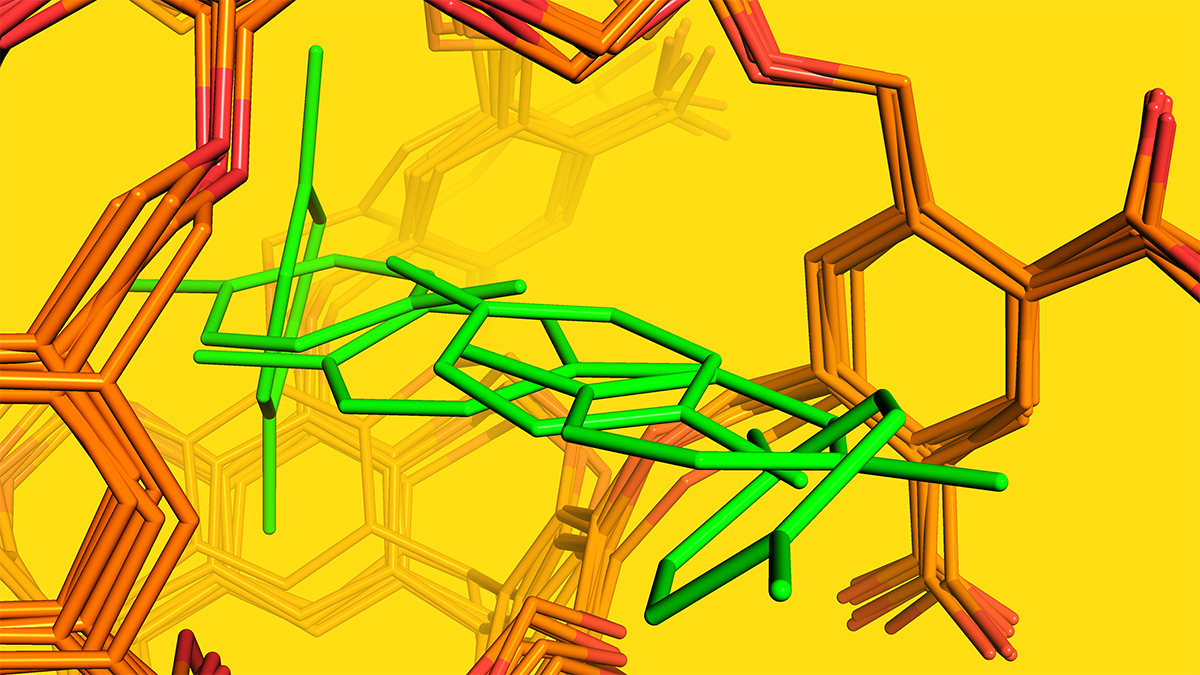 Multidisciplinary training for interdisciplinary research: The wet bench synthetic chemistry training that led to the in silico capture of irreversible, noncovalent, bimolecular, self-assembly pathways of neocarcerand Octacid4 with its guests