In the summer of 2017 an undergraduate student from Dr Nick Chilton’s group, Jon Kragskow, gave a talk in our group meeting in Manchester about why linear iron(I) compounds had provided some of the most spectacular d-block single-molecule magnets (SMMs) to date. Our group had been working on making axial lanthanide SMMs, which can hold magnetic memory at relatively high temperatures1. As Dr Conrad Goodwin, a postdoc in my group at the time, had been using substituted cyclopentadienyl ligands to make such compounds, we wondered aloud if an anion of ferrocene would be a good SMM.

Ferrocene is a landmark compound with an iron atom “sandwiched” between two cyclopentadienyl ligands, and was first reported in the 1950s; the facile oxidation of ferrocene to its cation, ferrocenium, has been known almost as long as ferrocene itself2. In 2016 a synthetic tour-de-force from chemists based in Germany furnished an isolated decamethylferrocenium dication, a new member of this family3. I read the paper with great interest at the time, then the next day turned back to thinking about the f-block, where our group spends most of its time.

We were surprised to find that a ferrocene anion had never been isolated, and the deeper we delved the more excited we got - we no longer wanted to target such a compound for its SMM properties, we just wanted to make it because we found it fascinating. Seminal work pioneered in the 1970s identified d-block metallocene anion formation in low temperature electrochemistry experiments, but they proved too unstable to isolate4. As f-block chemists we were familiar with recent literature that showed substituted cyclopentadienyls are privileged ligands for stabilising low oxidation state f-block compounds5.

With this in mind, Conrad went to the lab and applied these f-block methods to the d-block to isolate a derivatised ferrocene anion, together with manganese and cobalt analogues, to give a family of compounds. Conrad and I asked our friend and collaborator Dr Nick Chilton if he and his group would be interested in performing measurements and calculations on these compounds, and they happily agreed. In early 2018 Conrad moved to Los Alamos National Laboratory, and we hoped for a straightforward wrapping up of this work.

Two years of challenging measurements were to follow – the thermal sensitivity of these compounds made magnetic data difficult to interpret, and a number of people from both research groups helped finish off this work. Electron paramagnetic resonance spectroscopy performed by Drs Marcus Giansiracusa and Michele Vonci provided crucial experimental evidence of the unusual spin state in the ferrocene anion, and Nick and Michele performed high-level calculations to underpin the experimental data. A chance encounter with Dr Sam Greer and Prof. Steve Hill at a conference in Japan in mid-2018 led to a Mössbauer spectroscopy study as the cherry on the cake.

I hope others also find ferrocene anions fascinating, and to see metallocene anion chemistry flourish in the years to come. 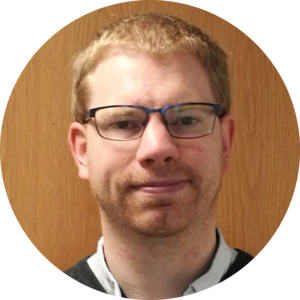