You may have heard the idiom less is more - it means that simplicity is better than complication. While less is more usually refers to works of art or architecture, it can apply equally well to science. We apply the concept to spectroscopy.

+1
Jeremy J Baumberg and 1 other View all
Professor, University of Cambridge
Follow 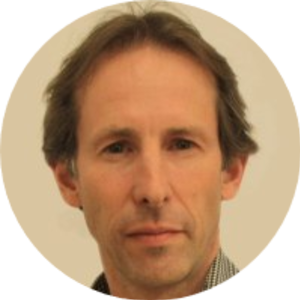 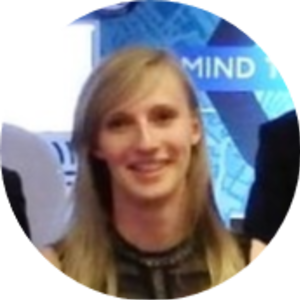 The levels of CO2 in the atmosphere are a well-known issue for climate change. Converting CO2 into renewable fuels is one way that we can reduce CO2 levels, and molecular catalysts (such as metal terpyridines) could be a low-cost route to do this. To make recycling and product separation easier, those molecular catalysts can be immobilised onto surfaces by modifying them with chemical anchoring groups. But do they work?

In 2017, Moritz Kuehnel was working with nickel terpyridines in the Reisner group, at the University of Cambridge. He found that by varying the terpyridine anchoring group (see picture), the activity of these molecules towards CO2 reduction varied dramatically. Later, in 2019, Jane Leung was working with cobalt terpyridines. It had been long assumed that one terpyridine must detach for the catalyst to become active, but Jane showed how the catalysts can work on the surface with both terpyridines attached.

Metal terpyridines of all stripes have been long known for CO2 reduction. Jane’s findings proved that the reaction mechanism can change completely when the catalysts are anchored to a surface. She also looked at the anchoring groups with spectroscopy to speculate how they might be directly involved with the mechanism. But what about anchoring groups with harder-to-see vibrations? What if the anchoring group has a more subtle effect? For this, we need very clear spectroscopy with sharp peaks and good signal-to-noise ratios. One way to get sharp peaks is by looking at fewer molecules… less is more.

The NanoPhotonics group in Cambridge specialises in few-molecule spectroscopy by making plasmonic hotspots using a special kind of gap-plasmon enhancement called nanoparticle-on-mirror (NPoM, see picture). While Moritz was working with terpyridines, Giuliana di Martino was working on adapting NPoM for nanoelectrochemistry. She showed that spectro-electrochemistry can be performed on very few molecules with sharp peaks and excellent signal-to-noise ratios.

The NanoDTC is a doctoral training centre in Cambridge with a history of interdisciplinary collaboration. Demelza Wright, a NanoDTC student based in NanoPhotonics, is also co-supervised in the Reisner group, and she saw a way to bring these two projects together. In our recent work, we combine the optical expertise of NanoPhotonics with the catalytic experience of the Reisner group to perform few-molecule spectro-electrochemistry on a thiolated nickel bis(terpyridine) complex. We found that spectral changes during catalysis were at times subtle and others complex. We distinguish these chemical species with an in-depth density functional theory study of the intermediate space in collaboration with Edina Rosta's computational chemistry group. As a result, we elucidate the catalytic mechanism for this species.

This work was only possible due to the intense collaborative effort between multiple research groups in different disciplines.