Electrophilic halocyclizations of olefins are an important class of transformations, which give rise to a wide range of useful halogenated cyclic compounds. However, development of their asymmetric variants is non-trivial due to the rapid racemization of enantioenriched haliranium ions via olefin-to-olefin degeneration.1 Significant advances of asymmetric halo-monocyclizations have been achieved using different strategies in the last decade but most of them are focused on the monocyclization reactions that give structurally simple products.2

Domino catalytic enantioselective halocyclizations can yield polycyclic chiral products that are potentially useful building blocks of pharmaceutically relevant molecules. However, only a handful of examples have been documented and they are limited to the cyclization of polyenes to give fused rings.3-4 The development of catalytic and enantioselective halocyclizations that are efficient for the synthesis of chiral polycyclic systems is still in its infancy.

The YY Yeung’s group @ The Chinese University of Hong Kong dedicated on the development of halogenation reactions for years.5 One of the works involves the use of Lewis basic sulfur catalysts to activate halogen sources (e.g, N-bromosuccinimide) in various asymmetric halocyclization reactions. Our group intended to apply the catalytic protocols to the construction of more structurally complex molecules.

However, reactions with the well-established chiral soft Lewis base catalysts didn’t give the desired products in good enantio- and diastereoselectivity. We then turned to evaluate other catalytic protocols that are known to be useful in asymmetric halocyclizations such as chiral thioureas.6

Interestingly, catalytic performance of the electron-rich thiourea derived from trans-1,2-diaminocyclohexane was far inferior to that of the traditional electron-deficient thiourea catalyst. The desired halo-spiroketals were obtained with excellent stereoselectivity (up to 99% e.e. and 99:1 d.r.). Halocyclization and bis-spiroketalization of the olefinic diketo-acid underwent smoothly to give the bis-spiroketal product in 90% e.e. when a cinchona alkaloid-derived electron-rich thiourea was used as the catalyst.

Mechanistic and theoretical studies revealed that the sulfur in the electron-rich thiourea catalyst acts as a Lewis base to coordinate to the halogen sources, and the reaction undergoes via a double dynamic kinetic resolution (DKR) mechanism. It was also realized that the intermolecular π-π interaction between the aryl group of substrate and the naphthyl group of catalyst might be crucial in the first DKR process.

Overall, this study opens a new avenue for the synthesis of spiroketals via domino asymmetric electrophilic halocyclizations. We anticipate this work will allow for the synthesis of other structurally complex molecules using catalytic asymmetric halocyclizations. We also foresee that this work will stimulate the utilization of electron-rich thioureas in other catalytic asymmetric reactions. To read more about our work: Nature Catalysis 3, 993-1001 (2020) (https://www.nature.com/articles/s41929-020-00530-9). 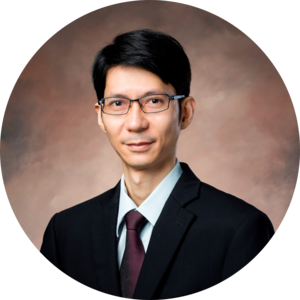