Two years ago (2018), our group reported that extracellular electron transfer (EET) from microorganisms could control the performance of an exogenous redox-driven polymerization. Specifically, we showed that the electro-active bacterium Shewanella oneidensis MR-1 could control the activity of transition metal catalyst (CuII/IL, FeIII/IIL etc.) in atom transfer radical polymerization (ATRP).1 Precise control over the molecular weight and polydispersity of synthetic polymer could be achieved by simply mixing the bacterial suspension into the reaction medium under anaerobic conditions. Interestingly, although high concentration of catalyst, ligand, and monomer inhibited bacterial growth, cell metabolism still proceeded under normal polymerization conditions.

In our follow up work, we chose to focus on polymerizations under ‘aerobic’ conditions. Performing ATRP under air is difficult because oxygen will terminate radical polymerizations.  We first became interested in this possibility when we noticed some inconsistent NMR/GPC measurements of polymerization medium that was left on bench for weeks, with both molecular weights and conversion of monomers increasing, despite the presence of air. We thought this anomaly might be explained by microbial growth in the polymerization medium leading to an apparent anoxic environment from cellular consumption of dissolved oxygen. We handed the reigns for some initial experiments to our Welch Summer Scholar, Jayaker Kolli, who was in high school at the time. Jayaker’s successful initial experiments gave us the confidence to move forward. Under bench top conditions, we tested different monomers (methacrylate, acrylamide and styrene etc.) and biocompatible metal catalysts (Fe, Ru and Co etc. ) available to this unique polymerization system. The positive results confirmed the generality of our method. Impressively, living radical polymerization could be turned off by bubbling air into the monomer-containing microbial medium and resumed when bubbling air ceased. This further demonstrates the potential in spatial and temporal regulations of ATRP by different levels of oxygen exposure in addition to conventional stimuli such as light, mechanical forces and electrical current.2 Last but not least, this polymerization method could be further streamlined by using lyophilized or spent (recycled) cells on a bench-top without requiring sophisticated microbiology settings. In other words, you could potentially “cook” the mono-dispersed polymer in your kitchenette as long as a fridge is nearby.

We are grateful that our team was able to work together to address different challenges we encountered during this work. For example, Austin Graham, one of the co-authors, improved live/dead cell viability assays to accustom the high viscous medium after polymerization. Other obstacles, including polymer purification/characterization, air flow controls and optimization of lyophilization, kept testing our tenacity. For instance, in order to maintain high survival rate of cells after lyophilization without interfering polymerization, I evaluated almost a dozen lyophilizing formulas and optimized the process for several months. In the end, all these efforts eventually payed off. Science is a lot of hard work but rewarding!

If you are interested in this work, please refer to this URL for more details: Aerobic Radical Polymerization Mediated by Microbial Metabolism 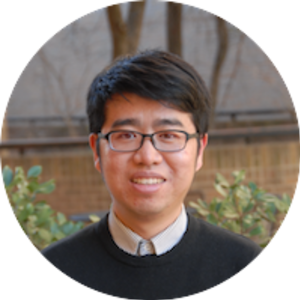