The past decade has witnessed remarkable progress on the development of new radical processes for molecular construction. While radical chemistry offers enormous potentials, the high reactivity and diverse pathways of free radicals pose a number of fundamental challenges that are pertinent to the application for organic synthesis. In the past two decades, our laboratory has been in the process of establishing metalloradical catalysis (MRC) as a potentially general approach for controlling reactivity and selectivity of radical processes. MRC exploits metalloradical complexes as open-shell catalysts for the catalytic generation of metal-associated organic radicals as the key intermediates to dictate the reaction pathways and stereochemical courses of radical processes. As stable 15e-metalloradicals, Co(II) complexes of porphyrins have been demonstrated as a family of effective catalysts in catalyzing homolytic radical reactions involving α-Co(III)-alkyl radical and α-Co(III)-aminyl radical intermediates. With the use of modularly-designed D2-symmetric chiral amidoporphyrins as a versatile ligand platform, Co(II)-based metalloradical system enables the creation of asymmetric radical processes for a number of important chemical transformations that are both mechanistically distinctive and operationally attractive. Among them, Co(II)-based MRC has been previously applied for the development of an enantioselective radical process for intermolecular benzylic C–H amination of carboxylic esters with organic azides (Fig. 1) (J. Am. Chem. Soc. 2020, 142, 20828–20836).

Given the importance of chiral allylic amines in stereoselective organic synthesis, we were attracted to the possibility of developing a catalytic radical process for asymmetric intermolecular amination of allylic C−H bonds via Co(II)-based MRC. Specifically, we envisioned a catalytic pathway for the allylic C–H amination of trisubstituted alkene 2 with organic azide 1 by Co(II)-metalloradical catalysts to selectively produce chiral α-tertiary allylic amines 3 (Fig. 2a). The proposed mechanism consists of an initial metalloradical activation of azide 1 by a Co(II) metalloradical catalyst to generate α-Co(III)-aminyl radical I, subsequent H-atom abstraction from the allylic C−H bonds of alkene 2 by radical intermediate I and final radical substitution of the Co(III)–amido complex bII by allylic radical aII in the resulting ∞-Co(III)-alkyl radical II. The proposed mechanism via a Co(II)-based MRC offers an opportunity to achieve allylic C–H amination by directly employing a mixture of allylic isomers, such as constitutional, (E)/(Z) and enantiomeric isomers, as starting materials as they would all converge to the same allylic radical intermediate aII after HAA (Fig. 2b). In addition to inherent issues related to intermolecular radical processes, however, this proposed catalytic process presented extra challenges associated with the concurrent control of multiple selectivities, including chemoselectivity and regioselectivity, as well as diastereoselectivity and enantioselectivity. The key to our success in concurrently controlling the multiple convergences and selectivities of the radical process lies in judicious catalyst development to maximize the non-covalent attractive interactions with the reacting substrates through fine-tuning the cavity-like environment of the modularly designed D2-symmetric chiral amidoporphyrin ligand platform.

In addition to the unveiling of an remarkable ligand effect and the demonstration of the broad scope of the Co(II)-based catalytic system for intermolecular allylic C–H amination, we carried out an assortment of experiments and density functional theory (DFT) calculations to study the catalytic mechanism. Besides the working details of the underlying stepwise radical mechanism, DFT calculations shed light on the origin of convergence and selectivity in the Co(II)-based catalytic system (Fig. 3). As illustrated by the non-covalent interaction (NCI) plots of transition-state structures, there exist two unique two-point hydrogen-bonding interactions and the other non-covalent attractive interactions, such as π–π stacking. Evidently, it is the network of multiple attractive NCIs that holds the two reacting substrates in proximity and orients them in proper conformations within the pocket of the catalyst to facilitate the C–N bond formation with an effective control of the regioselectivity while inducing a high asymmetry.

Among other synthetic applications, significant efforts were made to deprotect the N-fluoroaryl group for the preparation of the synthetically challenging unprotected chiral amino acid esters 6. As the outcome of the efforts, it was found that the N-2,6-difluoro-4-methoxyphenyl group in enantioenriched 4 (90% e.e.) could be oxidized with ceric ammonium nitrate (CAN) to provide p-quinonimide intermediate 5, which could undergo in situ acidic hydrolysis to afford the corresponding unprotected α-tertiary amino acid ester 6 in a 67% yield without loss of enantiopurity (100% e.s.) (Fig. 4).

With the introduction of MRC, we have translated the formidable challenges associated with controlling the reactivity and selectivity of a radical reaction into a solvable problem of catalyst design and development. We hope that this work will stimulate further research interest in applying MRC to harness the untapped potential of homolytic radical chemistry for the development of new synthetic tool. 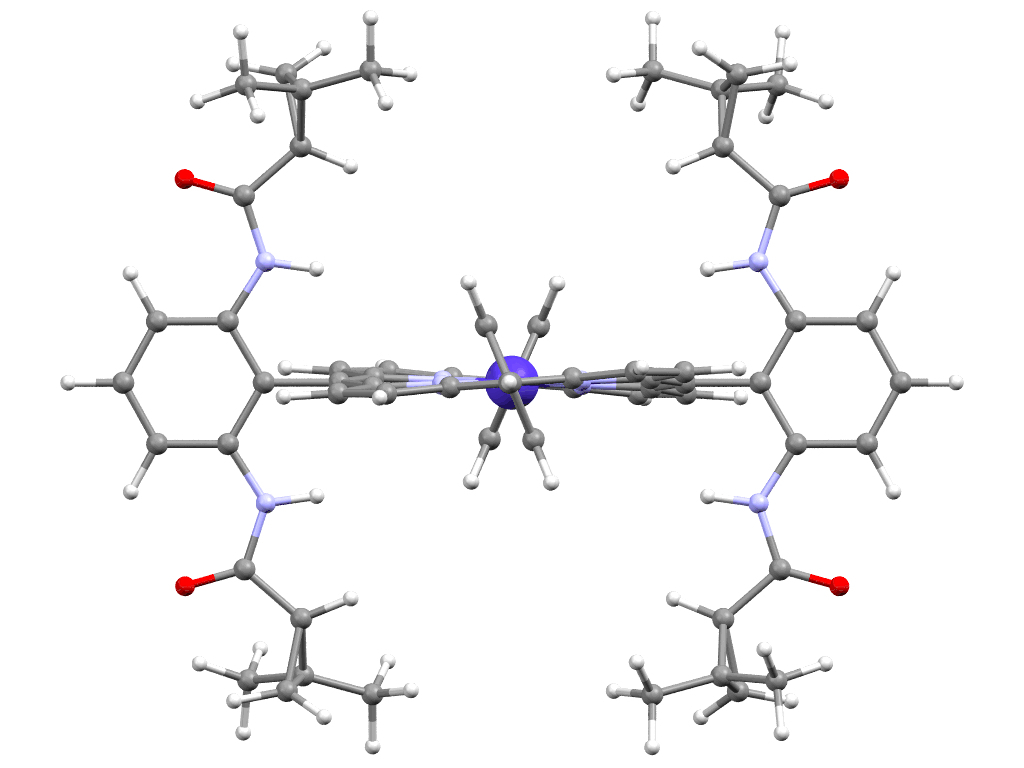