+1
Marie-Madeleine Walz and 1 other View all
Researcher, Uppsala University
Follow 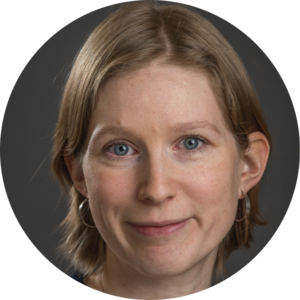 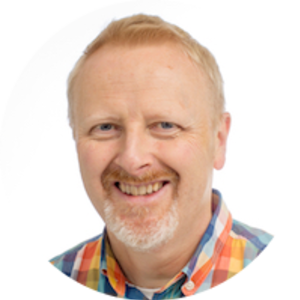 Molten salts are important for a variety of industrial applications, because of their chemical stability over a wide temperature range, their low vapor pressure and viscosity. These materials are used in pyroprocessing, in concentrated solar power plants, and in electrolytes in molten-salt batteries. The high conductivities of molten salts are of particular interest for batteries. Alkali halides are likely the simplest salts, the most-well known being NaCl – table salt. Because of their simplicity, alkali halides are a perfect test case to explore new potential functions for development of force fields for computer simulations, as only non-bonded interactions such as Coulomb and van der Waals interactions are present.

This research project started with developing a new alkali halide potential, as part of the Alexandria force field 1 (see Figure 1). The primary goal was to employ mathematical functions that describe the real physics accurately. Therefore, we developed a model using polarizable ions, described by Gaussian charge distributions to allow charge penetration and with a soft Pauli repulsion potential combined with Van der Waals interactions. After we developed this new alkali halide model, we validated its accuracy in a number of applications.

First, we explored the structural, dynamical and thermodynamical properties of molten pure alkali halides 2 and of the eutectic mixture LiCl-KCleut 3. After having determined melting points for pure alkali halides 4, we wanted to conclude the series of validation papers with a study on melts containing LiF, LiCl and/or LiI. The initial idea was to study their dynamical properties by investigating diffusion coefficients in pure melts, binary and ternary mixtures, to evaluate the effect of different anions in salt mixtures of industrial relevance. In addition, we computed the conductivity via different methods, to further assess the reliability of our model. Experimentally, it is much simpler to determine electrical conductivity than diffusion coefficients, and it is therefore easier to find reliable conductivity data for comparison.

We had previously used the simple Nernst-Einstein (NE) model, in which the conductivity is directly proportional to diffusion coefficients. However, that model neglects ion cross-correlation effects, i.e., the ions are assumed not to interact with each other. Of course, this is a very crude assumption for concentrated solutions and melts, and the NE model only works well for dilute solutions. Moreover, the NE method gets more inaccurate with increasing temperature. There are however more accurate methods such as the Green-Kubo (GK) and Einstein-Helfand (EH) methods, that do take ion cross-correlation effects into account. We decided to employ these accurate methods to get more precise conductivity values. A while into the analysis, we came up with the idea to determine partial conductivity values, to contribute information that is of interest for applications, but is difficult to access experimentally for mixtures. The easiest method to do this would be to apply an electric field, and this is actually pretty straightforward with the Molecular Dynamics (MD) simulation software GROMACS. By applying an electric field, a force proportional to the charge on the ions is introduced, which effectively alters the velocity of the ions. By evaluating the net ion velocities in the electric field direction for different field strengths, it is then possible to determine the electric mobility from which the partial conductivity can be calculated.

Upon inspection of the first results of the velocity analysis for binary and ternary mixtures, we were thoroughly surprised to see that some of the anions were moving on average in the same direction as the cation lithium, i.e., in the “wrong” direction (see Figure 2). We first suspected that something might be wrong in the input files, such as a positive charge on one of the anions. This did not make any sense however, as the same parameters had been used in all the simulations and in certain compositions the anions were moving in the “right” direction. As the simulations had been executed correctly, we continued to dig deeper in theory and laws that govern the movement of the ions in an electric field. One of these is called Sundheim's universal golden rule, that is based on conservation of momentum. This rule shows that in a pure molten salt the ratio of the partial conductivities of a cation and an anion are always equal to their inverse mass ratio. This rule can be extended to binary and ternary mixtures as well 5. While it is straightforward to calculate the partial conductivities in a pure salt melt from the masses, this is not possible for binary or ternary mixtures. Indeed, the determined partial conductivities fulfilled Sundheim’s golden rule and moreover, the total conductivities, that are the sum of the partial conductivities, were in agreement with the independently determined accurate GK and EH conductivity values.

We then searched the literature for papers that had observed similar effects. One very recent experimental study by Gouverneur et al., had observed the same effect for ionic liquid mixtures (LiTFSA/EmimTFSA and LiBF4/EmimBF4), i.e., one of the cations, Li+, moving in the “wrong” direction 6. Since Gouverneur et al. investigated mixtures with a common anion, while we studied mixtures with a common cation, it was a cation that moved in the “wrong” direction, while in our work this happened to one or two of the anions. Gouverneur et al. reasoned that the formation of overall negatively charged [Li(anion)n]-(n-1) clusters might be responsible for the observed effect. However, their study was performed at room temperature, while we studied melts at elevated temperatures. The high temperature has the result that ion-pairs only exists for extremely short (ps-timescale) periods. The covalent bond character of Li-halide interactions is very low, and they are in general considered to be fully ionized. Nevertheless, by considering that the anions experience attractive forces from both the electric field and the (moving) Li+ cations, it can be understood that the lighter anions tag along with the cations and effectively move in the “wrong” direction, since the attractive interionic forces are simply stronger.

You can read the whole study in Communications Chemistry.