One of the most challenging scientific questions is how key building blocks such as amino acids, peptides, lipids, sugars and nucleotides were created, which in a complex evolutionary development led to the emergence of life.

+1
Oliver Trapp and 1 other View all
Professor, LMU Munich
Follow 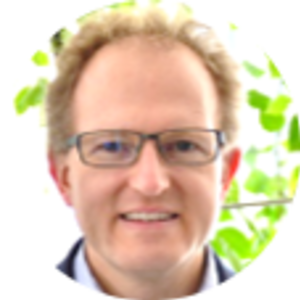 Alexander Butlerow discovered as early as 1861 a reaction in which formaldehyde is converted into sugars under basic conditions. It can be assumed that this so-called formose reaction also took place on the early Earth.  The difficulty is that this reaction leads to a variety of different sugars. On the other hand, only certain sugar building blocks are selectively incorporated into biologically relevant molecules by nature, for example ribose in DNA nucleosides and nucleotides. This formose reaction, which produces a mixture of sugars in a complex reaction network, depends essentially on minerals and dissolved ions in water. However, sugars are also found on meteorites and the formation of these sugars may have taken place under solvent-free conditions. With this background, we asked ourselves the question whether the formation of sugars under the action of mechanical forces using minerals as they were present on the early Earth is possible?

This work was carried out by Maren Haas, Saskia Lamour, Sarah Christ and Oliver Trapp from the Ludwig-Maximillians-University Munich and the Max-Planck-Institute for Astronomy in Heidelberg.

We can show that under mechanochemical conditions the formose reaction can indeed occur under catalysis of a wide range of minerals and remarkably little by-products such as lactic acid or methanol.  For this purpose, we conducted experiments in a ball mill, in which we introduced the reagents and minerals. This ball mill allows us to simulate mechanical forces on the reacting components without the use of solvents and thus geological processes as they occur in nature.

A remarkable result was that formaldehyde absorbed directly to the minerals reacted with glycolaldehyde to form ribose and higher sugars.

Our results provide a plausible explanation for the formation of sugars in the solid phase even in extraterrestrial environments where no water is available. This results in new pieces of the puzzle that slowly fit into a comprehensive picture and show us important pathways to the emergence of life. Furthermore, we are convinced that we will get completely new insights from the knowledge gained in this field of research which will offer us new research perspectives.