The design of small molecule libraries that are enriched in biological activity is a major objective in chemical biology. Based on their naturally given activity, natural products (NPs) are an influential source of inspiration for the design of biologically relevant small molecules.1 The pseudo-natural product (PNP) approach is a recently proposed NP-inspired approach that was developed in our group. It is based on the synthetic combination of NP-fragments to arrive at NP-like scaffolds that are not currently possible through existing biosynthetic pathways. These PNPs may therefore retain the biological relevance of NPs but can expand beyond the chemical and biological space explored by Nature.2

Our goal for this study was to determine whether different combinations of a small set of NP fragments will lead to a chemically and biologically diverse compound collection (Figure 1). To achieve this, eight different PNP-classes were synthesized by combination of the fragment-sized NPs quinine, quinidine, sinomenine, or griseofulvin with chromanone or indole-containing fragments to provide a >200 membered compound library (Figure 2).

By employing cheminformatic methods, we were able to show high chemical diversity between the synthesized compound classes which vary in fragment combinations. Furthermore, a comparison of the PNPs’ molecular properties to NP- and drug-collections from available databases revealed that our PNP classes lie at the interface of NP- and drug-like features.

Since the PNPs contain new scaffolds, the bioactivities are unknown. Therefore, the morphology-based Cell Painting Assay was employed since it is unbiased and can evaluate a broad range of bioactivities. In the Cell Painting Assay, phenotypic changes of cells upon compound treatment are recorded by employing fluorescent dyes that selectively stain different cellular compartments.3 Changes of cells’ morphologies are detected via multichannel fluorescence microscopy and extracted to 579 highly reproducible features to generate a characteristic profile or “fingerprint”.4 In our study, the profiles generated from the Cell Painting Assay were used to determine whether the PNPs are biologically active, are biologically different than their individual fragments, and are biologically different between compound classes, i.e. comparison of different fragment combinations.

The profiles generated from the Cell Painting Assay were then compared via biosimilarity calculations and/or principal component analysis to evaluate the biological similarities and differences between compounds. Interestingly, we could show that the bioactivity profiles were distinct from the parent, fragment-sized natural products, suggesting that the combination of fragments had generated new bioactivities.

Finally, we wanted to know what the phenotypic consequence is if NP fragments are mixed and matched in different combinations. Since several fragments are represented in the PNP classes, we wanted assign whether there are specific influences of fragments that give certain phenotypes. For this, we defined a classification system: PNPs containing non-dominating fragments show unique profiles relative to the other compound classes with a similar fragment whereas PNPs containing dominating fragments have similar profiles to other compound classes with a similar fragment.

From our analyses of Cell Painting data, we were able to conclude that indole, chromanone, and griseofulvin fragments are not dominating the phenotypic profile since different phenotypic profiles emerge by combining them with different fragments (Figure 3). On the other hand, compounds containing sinomenine all had similar profiles and led us to the conclusion that morphological changes of sinomenine-derived compounds are likely dictated by a dominating sinomenine fragment.

To test our hypothesis, two predicted compound classes were designed. The chromanone-indoles were proposed to have novel, unique phenotypic profiles since they were made from two non-dominating fragments. The new compounds were subjected to the Cell Painting Assay and compared to all chromanone- and indole-containing classes. Fitting our hypothesis, chromanone-indoles have phenotypic profiles that significantly differ from the other indoles and chromanones (Figure 3). To contrast this result, we synthesized a sinomenine-pyrimidines class with the hypothesis that the dominating fragment sinomenine would override the phenotypic profile. Indeed, by comparing this new compound class to other sinomenine-containing classes, a high similarity was observed, further indicating the dominating effect of the sinomenine fragment (Figure 3).

From our study, we could show that mixing and matching a small set of NP fragments in different combinations can provide many chemically diverse PNP-based compound classes with diverse bioactivity profiles. We could then use data generated from the Cell Painting Assay for the design of new compounds with anticipated bioactivity profiles. We hope that this type of study can aid in the design of biologically diverse compound collections and will help to explore biologically relevant chemical space. 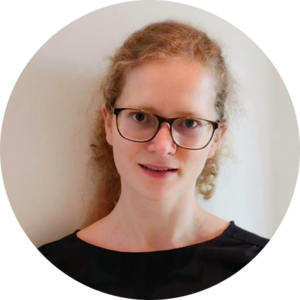