Particulate matter, or aerosol (suspended liquid or solid particles in the atmosphere), play important roles in numerous Earth climate and ecosystem processes, including serving as cloud seeds and directly reflecting incoming solar radiation. An important component of this particulate matter are the inorganic species, which for aerosol less than 1 micrometer (approximately less than 1/100 the width of human hair) are mainly composed of ammonium nitrate, ammonium sulfate, ammonium bisulfate, and sulfuric acid. We use computer models to represent this chemistry and understand its impacts.

However, there have been few measurements of this composition for the most remote parts of the troposphere, from the surface to the altitude that passenger airplanes travel (~10-12 km above ground). This impacts our ability to determine whether models are representing reality correctly, for example in terms of the impact of these aerosols on climate over remote regions.

One way to overcome these limitations and to improve model representation is to use an airplane that includes instrumentation to measure the chemical composition and concentration of the aerosol. Though there were older measurements of aerosol composition over Pacific and Atlantic Ocean, recent research has shown these measurements were biased due to how the samples were handled. Modeling studies using these biased results led to suggesting that the inorganic aerosol is generally mildly acidic and has a lower water content. The latter would make the aerosol less reflective, allowing more sunlight to reach the surface.

In the study titled “Chemical transport models often underestimate inorganic aerosol acidity in remote regions of the atmosphere,” we used observations collected from numerous aircraft missions with in situ instrumentation to measure the composition and concentration of the inorganic aerosol. The in situ observations prevent the biases that impacted earlier studies. These observations spanned from polluted megacities to the most remote regions of the world (middle of the Pacific and Atlantic Ocean, Southern Ocean, and Arctic). To the best of our knowledge, these observations provide the first observationally-constrained, global estimates of aerosol acidity (pH) for fine aerosol particles.

Surprisingly, we found a strong trend in the aerosol acidity with pollution. We observed that acidity increased with decreasing pollution. We hypothesized that the increasing acidity was from emission of sulfuric acid precursors from oceanic and terrestrial environments, leading to continuous production of acidic sulfate aerosol. However, our measurements also indicate that, contrary to many scientific estimates, oceans are not a strong source of ammonia, leading to an overall aerosol acidifying effect.

Many models could not replicate the observations, showing much higher scatter in the increasing acidity with lower pollution and even opposite trends in acidity vs. pollution. Part of the reason is that many models have high oceanic emissions of ammonia, leading to overall less acidic aerosol. Decreasing the oceanic ammonia emissions in the models generally led to better representation in the increasing acidity of aerosol over oceans. 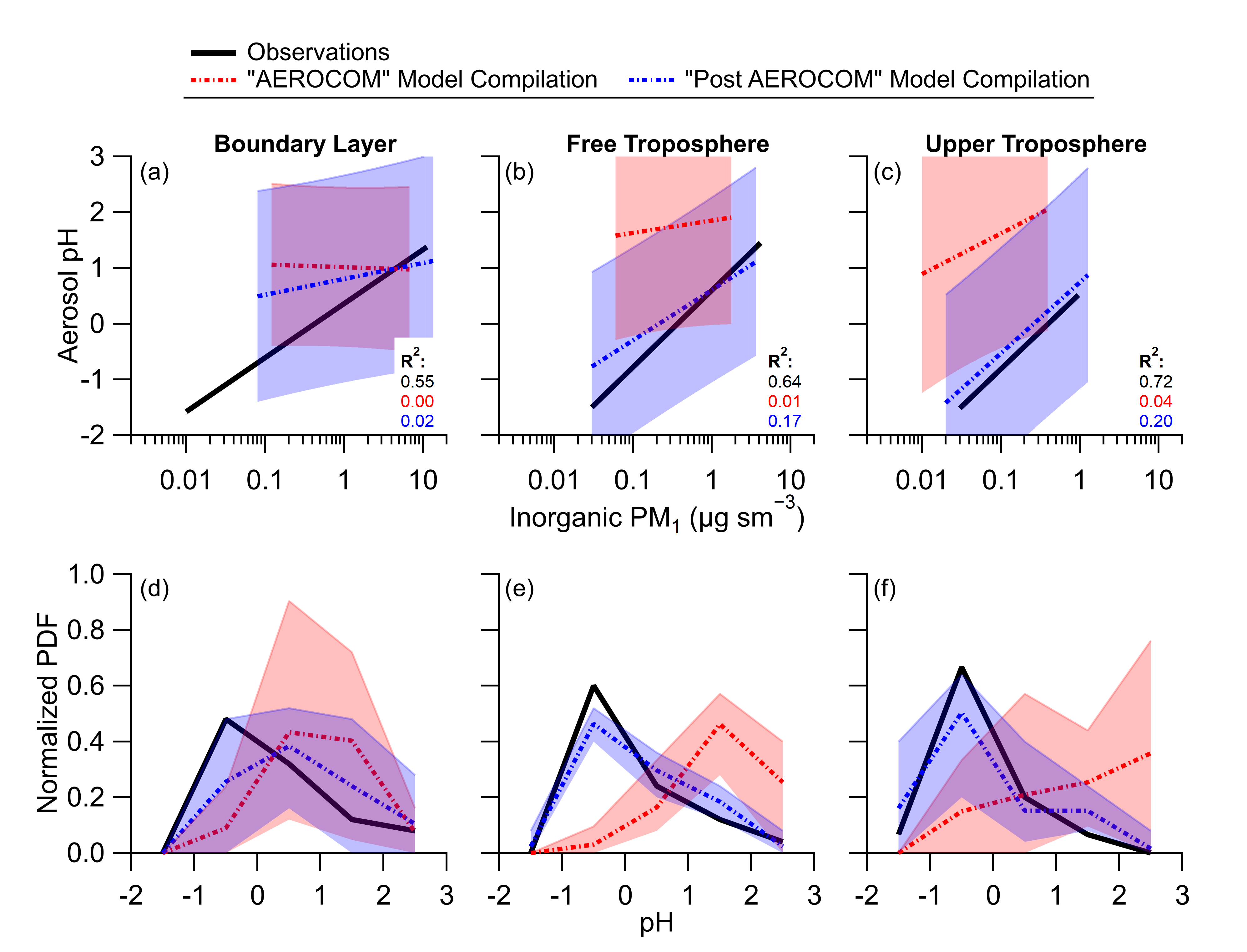 Figure 1. Comparison in trends of observed (black) and modeled (red and blue) aerosol pH used in this study. The variability for the trends is shown as the R2 inset in each figure. Note that the models show very different trends, especially in the boundary layer (lowest portion of the atmosphere) and much higher scatter (very low R2 values) compared to observations.

An important implication of these results is that the aerosol has more liquid water associated with it. Increased liquid water leads to the aerosol reflecting more of the incoming sunlight This work provides important results in overall investigating and improving how aerosols are treated in models. This improvement allows climate models to be more accurate in their predictions. 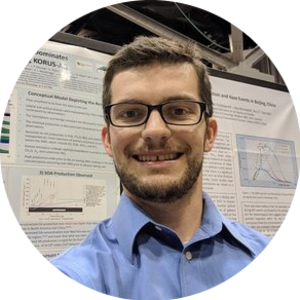 MY THOUGHTS AFTER READING THE PAPER:

Constant pH reading is fundamentally important in chemical properties/solutions because it has the potential of affecting reaction pathways/kinetics with the atmosphere being no exception due to the condensed phase (atmospheric aerosol) pH driving key chemical reactions that  can ultimately impact global climate change in varied ways. This brings the urgent need to enhance our  understanding of the dynamics of aerosol acidity through experimental measurements that can  probe the pH in atmospherically relevant particles for unraveling the connection between chemistry and climate change as well as the minute/latent changes that occurs in chemical reactions which when compounded with other factors can have either immediate or long term implications particularly in the bio-system. It also highlights the need for upgraded work stations as well as comparative studies between reactions performed in opened circuits against those in controlled stations.

This will aid in elucidating the important contribution of atmospheric factors in ''confirmed/approved'' systems/tools particularly therapeutics which can avail different efficacy outcome due to variation in ''micro-atmospheric conditions across geographical locations. It can also be personal, because the electron cloud around every person is unique due to the interference of personal life style habits in addition to locality.