The biochemical and structural characterizations of the unusually promiscuous and catalytically versatile Fe/αKG oxygenase SptF, which catalyzes a remarkable repertoire of oxidation reactions on diverse fungal meroterpenoids and human steroid hormones.

The non-heme iron and α-ketoglutarate-dependent (Fe/αKG) oxygenase are widely distributed in nature and involved in both primary and secondary metabolism1. They are the enzyme of choice in the biological world to selectively oxidate sp3 and sp2 C–H bonds, which are generally difficult to be cleaved due to high bond-dissociation energy. Fe/αKG oxygenases catalyze a wide range of chemical transformations in the biosynthesis of natural products, including complex skeletal rearrangement. Furthermore, they are cost-efficient as their functions do not require any reductase partners or expensive cofactors2. Owing to these features, Fe/αKG oxygenases have attracted considerable attention as a source of biocatalysts.

Previously, our group reported the characterization and structural bases of Fe/αKG oxygenase, including AndA, AusE, and PrhA, which involve in divergent rearrangement reactions in the meroterpenoid biosynthesis3,4. Recently, we found a new member in this super family, SptF, which involved in the structural complexification of andiconin-derived natural products5. However, the means by which SptF facilitates the accommodation of substrates and the dynamic skeletal rearrangement remain elusive. In this study, we further investigated SptF via in vitro enzyme reactions, crystallization, and structure-based mutagenesis.

First, we carefully reinvestigated the enzyme reaction products using 1 and structurally similar 6 as substrates, respectively. To our surprise, SptF actually performed up to four rounds of oxidative reactions to form compounds 2-5 from 1 and 7-9 from 6 (Fig. 1). Encouraged by the promiscuity of SptF, we further explored its substrate scope by testing six fungal meroterpenoids with different core scaffolds and various human steroid hormones. Interestingly, SptF accepted almost all of them as substrates. In addition to hydroxylation of meroterpenoids and steroids with different regiospecificities, SptF also catalyzed the formation of unusual cyclopropane-ring-fused, highly congested 5/3/5/5/6/6 and 5/3/6/6/6 cyclic skeletons from meroterpenoid terretonins, which are structurally distinct from 1 (Fig. 2).

Intrigued by the unusual promiscuity and remarkable catalytic versatility of SptF, we solved the protein structure in complex with the natural and unnatural substrate, respectively, by X-ray crystallographic analysis. In the crystal structure of SptF in complex with 1, the D/E-rings of 1 are tightly fixed by several hydrophilic residues in the active site cavity, however, notably, a lid-like loop region interacts with the A-ring of 1 via only one hydrogen bond, which is apparently distinct from other fungal meroterpenoid Fe/αKG oxygenases, including AndA and PrhA3,4 (Fig. 3a). This suggests loose interactions between the lid-like region and natural substrate 1 in SptF. Interestingly, the unnatural substrate 15 shows a different ligand binding mode: The D-ring of 15 forms one additional hydrogen bond directly with Asn150 on the bottom of the cavity, while the lid-like loop region was not observed upon the binding of 15 (Fig. 3b).

In both biomedical and industrial applications, substrate promiscuity serves as a starting point for enzyme evolution, protein engineering, chemoenzymatic total synthesis, and drug design. We believe the promiscuous and catalytically versatile features of SptF could make it a promising candidate for future efforts to selectively generate useful molecules with improved biological activities through directed evolution of the enzyme.

More details of this work can be found here: “Molecular insights into the unusually promiscuous and catalytically versatile Fe(II)/α-ketoglutarate dependent oxygenase SptF” in Nature Communications, https://www.nature.com/articles/s41467-021-27636-3. 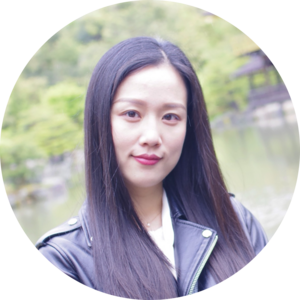 Postdoctoral Researcher, The University of Tokyo