Observing the dynamic evolution of an electrocatalytic active species

Identifying a catalyst’s active site and capturing its dynamic evolution is essential toward mechanistic understanding of its function. More specifically to heterogeneous materials, it remains a key challenge to identify which sites are catalytically active. Fairly recently, we began collaborating with Prof. Jing Gu at SDSU after her group developed a state-of-the-art catalyst for electrocatalytic hydrogen evolution (HER). They developed a unique strategy to co-dope metallic 1T-MoS2 nanosheets with O and transition metals such as Fe, Co, and Ni using Anderson-type polyoxometalates as precursors.1 This strategy produced several stable and highly-active HER catalysts, one of which (Ni@1T-MoS2) showed exceptional stability and activity in strong base, even outperforming 20% Pt/C at 10 mA cm-2 in terms of overpotential.

Measuring an Operating Ni@1T-MoS2 Electrocatalyst using in situ XAS. A diagram of the 3-electrode cell with an X-ray transparent window (yellow) is shown at left and an example analysis workflow is outlined. The Ni K-edge Energy space spectra are shown only in the XANES region, but extend several hundred eV further and contain the oscillations due to interference that yield local structure information.

In this paper, we used atom-specific in situ X-ray absorption spectroscopy (XAS) to investigate Ni@1T-MoS2 under operating conditions. We were able to uncover the local structure and oxidation state of Mo and Ni metal centers in both alkaline and acidic electrolyte conditions. Interestingly, negligible changes were observed at the Mo K-edge compared to significant changes at the Ni K-edge, implicating a Ni species as the catalytically active species, and supporting the observation that the undoped 1T-MoS2 analogue has significantly inferior catalytic activity.1  Under acidic conditions, we observed a net reduction in oxidation state of Ni atoms without significant change in their local structure. Under alkaline conditions, however, significant changes were observed. Upon immersing the as-prepared sample in electrolyte, a restructuring was observed resulting in the formation of a S-supported NiO species that we term NiSxOy. This restructuring was observed to be permanent as this species was observed after long-term catalysis runs via ex situ XAS and XPS . The dynamic aspect of the restructuring refers to the formation of an active species under catalytic applied potential, which returns to NiSxOy after catalysis. The active species is a small cluster (estimated to be on the order of 10 atoms or less) of S-supported Ni0 atoms, the key species that resulted in superior performance compared to 20% Pt/C in alkaline media.

This work, which observed both a permanent restructuring in alkaline electrolyte and a dynamic active species under applied potential in Ni@1T-MoS2 HER electrocatalyst, highlights the importance in applying in situ techniques to understand heterogeneous catalysts. Without such experimental insight, it is difficult to direct efforts toward improving and designing even better catalysts, including much-needed catalysts in the field of renewable fuels.

Please use the "Read the Paper" button at the top of the page to access the Article. 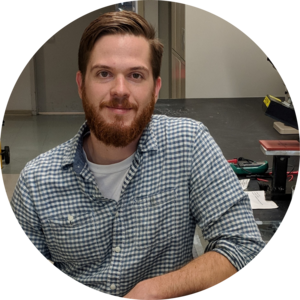