Volcanoes emit toxic metals into the atmosphere and the environment. During the 2018 eruption of Kīlauea Volcano, Hawai'i, we tracked metals from source to exposed communities to understand the composition of source outgassing, and how this changes downwind.

Kīlauea is a basaltic ocean island volcano located on the Pacific Plate over a hotspot of mantle upwelling. Its near continuous eruption over thousands of years has meant that Kīlauea has arguably been the most important natural laboratory for understanding the physical and chemical features of volcanism. Between 1983 and 2018, volcanic activity at Kīlauea was relatively continuous and stable but in May 2018, everything changed (Neal et al., 2018). The summit lava lake and active Pu‘u ‘Ō‘ō vent collapsed as lava made its way along the lower East Rift Zone (LERZ) towards the Leilani Estates residential area.

Having spent the 1st year of my PhD examining deposits from historical Kīlauean eruptions, I never thought I would be lucky enough to personally see this volcano during a large eruption!

I was utterly mesmerised by the force and power of the Fissure 8 lava channel, and spending time in Leilani Estates really helped put my science in the context of the residents' lives who are impacted by these events."

Lava broke through to the surface on 3 May 2018 as a series of 24 fissures, with lava effusion eventually localising to one large vent known at the time as Fissure 8 (now officially named Ahu'aila'au). Lava flowed from the fissures to the ocean, where it boiled and evaporated seawater, forming a lava-seawater interaction or ‘laze’ plume. In terms of sulphur dioxide gas emission rates, lava effusion rates and total erupted volume, Kīlauea’s May-August 2018 eruption was unprecedented in the context of the previous ~200 years of eruptive activity.

The 2018 eruption was already well underway when our team found out that we were being offered the opportunity (by the U.S. Geological Survey Hawai’ian Volcano Observatory) to head out to Hawai’i to collect and measure concentrations of volcanic metals emanating from the eruption. Two weeks later we found ourselves on flights to Hawai’i. Our self-named all-female fieldwork #PlumeTeam was made up of two early career scientists: Evgenia Ilyinskaya and Emma Liu, and three first-year PhD students: Penny Wieser, Rachel Whitty and Emily Mason.

On the ground in Hawai’i we were incredibly lucky to be supported by U.S.G.S. scientists. Back in the UK we also had key support from the start from Marie Edmonds and Tamsin Mather. Over the past two years since the eruption ended, our team has grown and developed further and we are indebted to everyone who has supported this project.

Seeing the eerily quiet remains of Leilani Estates and meeting its stoic residents made the science feel very real."

"It was such a privilege to witness an event which so clearly captured the raw power and energy of our planet; to see and hear the lava flowing and feel the heat through the soles of my boots was truly incredible"

Alongside more familiar gases such as water, carbon dioxide, and sulphur dioxide, volcanoes also emit volatile metals in the gas phase such as Pb, As and Cd. At low levels these elements can be key bio-nutrients, but at high levels they can be toxic to human and animal health and are classified as metal pollutants (or ‘heavy metals’) by environmental and health protection agencies. Volcanologists have been measuring volatile metal emission from volcanoes since the 1960s and 70s, but significant questions remain about how these elements are transported in the atmosphere and deposited to the environment.

Using both traditional ground-based approaches and Unoccupied Aircraft Systems (UAS), collaboration with U.S. Geological Survey UAS pilots, we sampled both the magmatic plume emitted from Fissure 8, and the laze plume generated at the coast. Ligand-forming elements S and Cl have a key role to play in determining the degassing extents of various volatile elements. Kīlauea magmas are is a S-rich and Cl-poor therefore ‘S-loving’ volatile elements such as Se, Te and As are abundant in the gases emitted from the magmatic Fissure 8 vent. In contrast, in the Cl-rich (due mainly to the large Cl contribution from boiled seawater) and S-poor laze plume, ‘Cl-loving’ elements such as Cu and Cd are abundant (Cu emission rates in the laze may even be greater than those from the magmatic vent). These observations highlight the importance of S and Cl availability to volatile trace element degassing, and also provide a means to assess metal emissions from massive basaltic eruptions in Earth’s geological past, e.g., continental flood basalts and oceanic plateau basalts.

The first time I saw molten red-hot lava it was surging out of a vent at 30 metres per second, and rushing through a lava canyon of its own making. I think we all knew in that moment we would never see anything like this again.”

On arrival in Hawai’i we got to work setting up a network of sampling instruments up to ~250 km downwind of the erupting source vent and co-located with Hawai’i Department of Health air quality stations, to understand how communities around the island were being exposed to volcanogenic metal pollutants. Every 2–3 days we drove nearly the full circumference of the island to change over sampling filters.

As the plane came into land in Kona, I noticed immediately that the air was thick and hazy with volcanic fog, known as "vog". I couldn't believe this was still more than a hundred kilometres from the eruption site, on the opposite side of the island. It was immediately clear why sampling this distal plume was so important."

The results of this sampling demonstrated that volatile metals and metalloids, which are typically transported from volcanoes in water-soluble particles (e.g., chlorides, sulphates, oxides) were significantly depleted downwind within 40 km of the source vent, and more quickly than refractory elements, which are typically found in insoluble particles such as ash or soils. The first 40 km of transport, over which volatile elements are rapidly depleted, coincides with an area that receives some of the highest rainfall across the entire island (due to orographic lifting of the trade winds). We suggest that when combined these observations indicate that extensive wet-deposition of metal pollutant-bearing particulates occurred early during plume transport, placing disproportionate pressure on the environment and communities closer to the vent, and potentially decreasing impacts at more distal locations.

Our results raise interesting questions about the effects of atmospheric conditions on the transport of metal pollutants. How might transport differ in cooler drier environments such as Antarctica? Or even at a different location in Hawai’i, e.g., a Mauna Loa eruption? As is often the case, these studies raise just as many, if not more questions than they answer…

Thankfully there were no human casualties as a result of the 2018 eruption, however over 1000 people lost their homes on the lower East Rift Zone and many more suffered from the damage and air pollution caused by the noxious volcanic plume. We dedicate this work to them, and to the continuing efforts to understand volcanic hazards at Kīlauea. 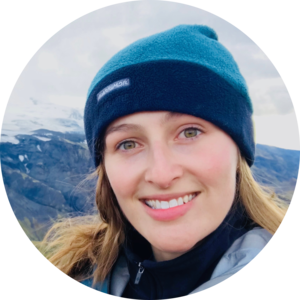 Jie Wu
Nature Portfolio Chemistry Community
We use cookies to help improve your experience. By continuing to browse our website you are consenting to our use of cookies.
Learn more