All of us know "ice" from wintertime or from the freezer. This common form of ice is only one of now 19 ice polymorphs. The newly discovered ice XIX is different from hexagonal ice in many aspects, not only because it is a high-pressure form. Read here what distinguishes it!

+1
Thomas Loerting and 1 other View all
University Professor, University of Innsbruck
Follow 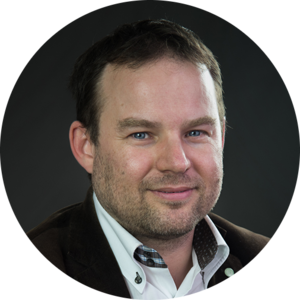 In the 1910s and 1920s the crystal structure of “common” ice was studied using X-rays, making the case for the lattice of oxygen atoms being hexagonal [1]. However, not much was known about the hydrogen atoms at the time. In 1933 Bernal&Fowler made the rather unusual suggestion that the hydrogen atoms do not occupy lattice positions, but are disordered just like atoms are disordered in a glass [2]. B&F have thought about a static irregularity of structure. This concept is illustrated in a simplified way in Figure 1 on the example of 2D ice. In modern terms scientists speak about hydrogen disorder and geometric frustration being present in the common hexagonal form of ice. Soon thereafter Pauling considered the network of H-atoms to be indeed irregular, but dynamic in nature [3]. He considered that an ice crystal can exist in anyone of a large number of configurations, each one corresponding to certain orientations of the water molecules. At comparably high temperatures, e.g., -10°C, all these configurations appear with time, so that the structure of ice needs to be described as an average over all these configurations. Based on his count of the number of possible configurations that obey the "ice rules" he defined the Pauling entropy and estimated it to be 3.37 J K-1 mol-1. In other words, hexagonal ice is a highly dynamic, high-entropy, high-temperature form of ice. This suggestion has been confirmed in the following years based on neutron diffraction[a] studies of hexagonal ice [4].

Upon lowering of temperature one should be able to reach a zero-entropy form of ice, in which only one single configuration of H-atoms remains – the thermodynamically most stable one, which is characterized by aligned water molecules. In case of hexagonal ice one needs to cool the ice to below -200°C to allow for exactly this. However, in most experiments the ordered ice does not form easily by cooling. When lowering the temperature the atoms simply stop being mobile, and the geometrically frustrated hexagonal structure is frozen-in. Only by providing lots of time and by adding catalysts that speed up the dynamics in the hydrogen bond network it is possible to keep up molecular mobility. This tricky experiment was successfully conducted only in 1972 by Kawada, where KOH was used as a catalyst introducing point defects and where many days of patience were necessary before the order developed below -200°C [5]. This ordered form related to hexagonal is known as the ice XI polymorph today.

Our work focuses on ice VI, which is one of the many high-pressure ice polymorphs that obey the exact same ice rules. Just like hexagonal ice it is a geometrically frustrated ice. None of the ice sheets or glaciers on Earth are deep enough to exert enough pressure to produce any of the high-pressure ice polymorphs on Earth’s surface. However, ice VI has lately been declared a mineral since it exists in the mantle at depths of several hundred kilometres and can be found even at the surface as diamond inclusion [6]. In cold-subduction slabs the freezing of liquid water to ices VI or VII is responsible for the build-up of friction and earthquakes, referred to as "ice quakes". Ice VI also exists in the interior of icy planetary bodies and moons in our solar system, e.g., the Galilean satellites of Jupiter [7]. It was discovered in the laboratory more than 100 years ago in 1911 after a race between Tammann in Göttingen and Nobel laureate Bridgman in Harvard [8]. Its crystal structure was determined using X-rays in 1965 [9] and using neutrons in 1984 [10], demonstrating it to contain two independent H-bonded networks (“self-clathrate”) and to be H-disordered. For many decades there were barely any signs that an ordered variety to ice VI exists. It took until 2009 before a team from Innsbruck and Oxford uncovered a way how to actually make the ordered counterpart. In detail, they obtained it by cooling ice VI near 1 GPa to below -140°C using HCl as dopant and catalyst [11]. Ice XV is partially H-ordered, where the water molecules are aligned in a way giving rise to antiferroelectricity. After this discovery six order-disorder pairs were known, and one could get the impression that there is always exactly one ordered ice related to the disordered parent. However, this is not necessarily so. In a given network of oxygen atoms there are many different ways how the water molecules may adopt an ordered configuration. e.g., different structures are possible. In case of the unit cell of ice VI a total of 45 different ferroelectric or antiferroelectric types of order are possible in the framework of the ice rules, where ice XV represents only one of them [12].

Aware of this issue, we have found some experimental evidence for the existence of a second ordered ice related to ice VI in 2018 [13]. In particular, we noticed that ice VI turns into a form of ice that is not ice XV when cooling it very slowly near 2 GPa instead of 1 GPa. Raman spectra are different, some slight shifts in X-ray diffraction patterns distinguish them, and most notably the “new” ice shows a different thermal behaviour. Based on these findings we had suggested that this represents a second, differently ordered ice polymorph related to ice VI. However, we were facing the challenge that the experimental procedure that leads to this form in case of H2O-ice does not do so in case of D2O-ice. We suggested to name this phase as ice β-XV, and to try to find the exact crystal structure in future. Inspecting our evidence, Rosu-Finsen and Salzmann had suggested that ice β-XV is not a crystalline ice, but rather contains an immobile disordered network of H-atoms - something they call a deep-glassy form [14]. In order to distinguish between the two possibilities the gold standard experiment was missing: neutron diffraction on deuterated ice β-XV, which was inaccessible at the time.

In the present work, we outline the key for making it by demonstrating that the nucleation and growth kinetics for deuterated ice β-XV is significantly accelerated when adding a tiny fraction of H2O to the D2O sample. This has opened the door to the neutron diffraction investigation, which was done at the high-resolution powder diffraction (HRPD) instrument at the Rutherford Appleton Laboratory after extraction of the ice from the high pressure cell, and transfer of the ice immersed in liquid nitrogen to the beamline. The powder pattern is clearly different both from ice XV and parental ice VI, with a unit cell of doubled size. Considering this super-cell one can even envision more than one thousand different types of H-order, making it extremely hard to refine the correct structure from the data. Furthermore, the Bragg peaks are comparably broad, which indicates that the ice is crystallizing in many small domains. Figure 2 illustrates this issue on the example of a structure containing a mix of ice XV and ice XIX domains. We had several solutions fitting the measured ice XIX pattern in a satisfactory, but quite similar quality, where the tetragonal  structure came out as the best solution. Reassuringly, the very same solution is also the best fit in the simultaneous work by Yamane et al. appearing now back-to-back with our publication. By contrast to our work they did not recover the ice to ambient pressure, but studied the neutron diffraction pattern in situ at high pressure of 1.6 GPa.

Both works together make the case for ice β-XV to be a new ice polymorph, now named ice XIX, in which the H-subnetwork is arranged in a partly ordered antiferroelectric network. This is the first example in ice physics, in which a second ordered polymorph related to the same parental disordered phase could be realized in experiment. Going back to Pauling, this demonstrates that not only one thermodynamically stable form of ice can be obtained upon cooling, but also metastable ices may be accessed in experiment. By employing pressure as control variable two quite different types of H-order can be realized within the same framework of oxygen atoms. This also represent a challenge to theory, because the ordering is apparently very sensitive to long-range interactions and pressure and needs to be modelled properly based on good description of dispersion interactions in future. Our findings also feature a very interesting triangular relationship between parental ice VI and the two related sibling phases, ices XV and XIX. By heating ice XIX at ambient pressure we obtain a transformation between the two ordered siblings, from ice XIX to ice XV, which proceeds via a disordered transient state - to the best of our knowledge, the first of its kind in ice physics. This prompts for a lot of further work, e.g., on the kinetics of all transitions in the triangle.