Peek into chemical bonds with Bayeschem

A Bayesian learning approach based on ab-initio adsorption properties of transition metals and the d-band model enables to capture the essential physics of adsorbate-substrate interactions.

The idea can be traced back to a conversation at an American Institute of Chemical Engineers (AIChE) annual meeting. I remember it was 2014 when I just started as an assistant professor at Virginia Tech. A casual chat with Prof. John Kitchin from CMU at a reception inspired me and my research group to develop physics-based machine learning models for catalysis. This fact makes me miss in-person meetings so much during the pandemics.

Our initial effort is actually trying to understand the physics behind the interfacial electron-transfer processes using the Schmickler model beyond hydrogen electrochemistry1. The deterministic fitting of model parameters using DFT-calculated energies and density of states from a given adsorption configuration is highly dependent on the initial guess and prone to local trapping. This prompts us to rethink the parameterization method and eventually we adopted the Bayesian approach. You can think of Bayesian learning as a specific machine learning algorithm for inferring models from data while naturally incorporating prior knowledge. Suppose you have a domain model based on well-established physical laws, and you want to use it to make predictions or learn something new about the world. The Bayesian approach is to approximate or learn the distribution of model parameters given our prior knowledge and the observed (often scarce) data, providing uncertainty quantification of model predictions. 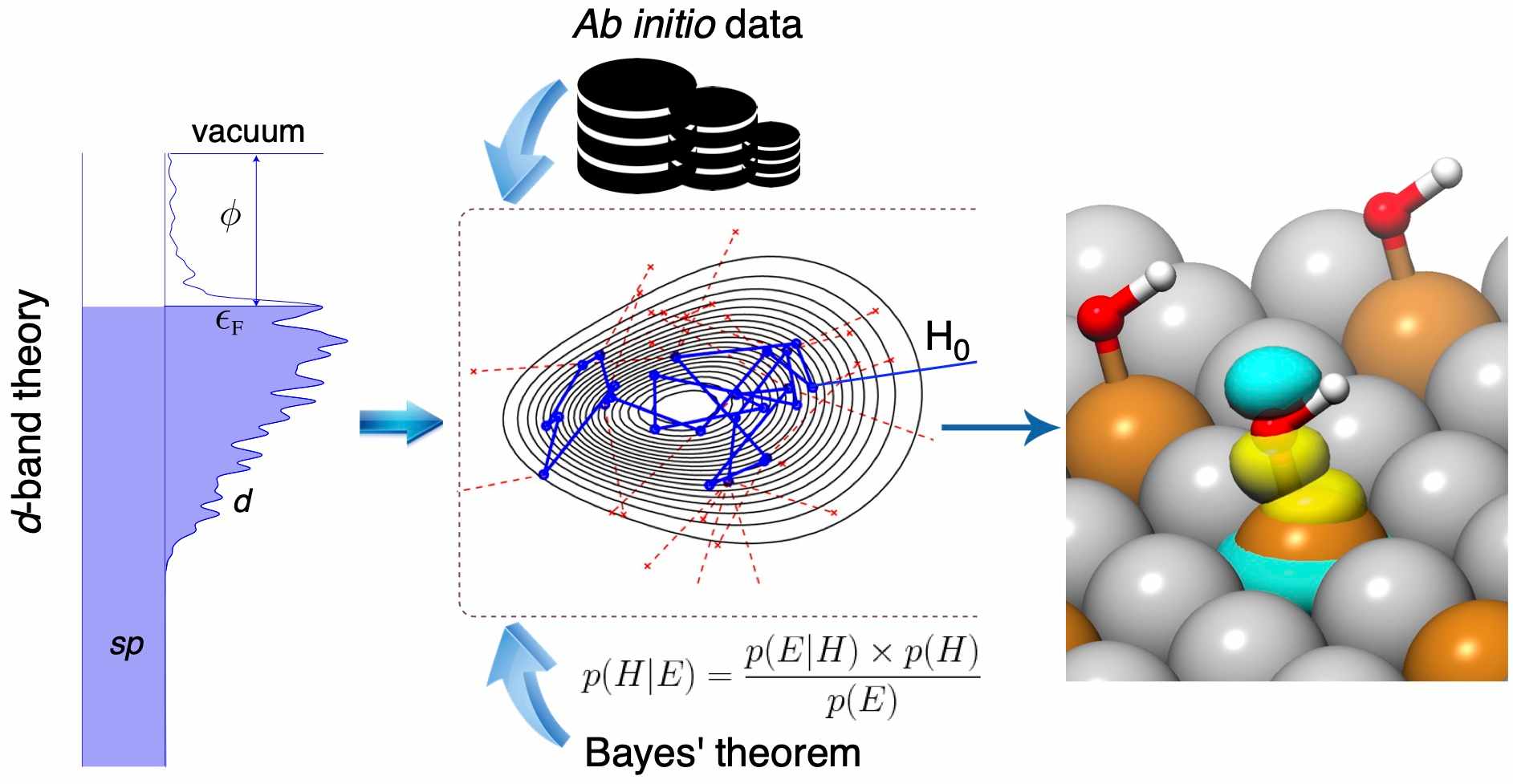 Fig. 1 Schematic of the Bayeschem approach to unraveling the orbitalwise nature of chemical bonding at metal surfaces.

The study in this paper only shows one piece of the whole project, focusing on ground-state adsorption geometries. This is crucial because to predict whether a catalyst is good or bad it all comes down to how strong catalysts bind with reaction intermediates including transition states. The interaction has to be strong enough to break some chemical bonds at reasonably low temperatures but not too strong that catalysts will be poisoned by reaction intermediates. This rule is known as the Sabatier principle in catalysis. Understanding how catalysts interact with different intermediates and how to control their bond strengths to be in the ‘goldilocks zone’ is absolutely the key to designing efficient catalytic processes.

The d-band theory of chemisorption used in the Bayeschem is a theory describing chemical bonding at solid surfaces with d-electrons involved. The model explains well how electronic states of a surface site hybridize with valence orbitals of an adsorbing species. It is considered as the standard model in heterogeneous catalysis since its development by Hammer and Nørskov in the 1990s2. The model has been successful in explaining qualitative trends of many systems, but often fails due to the complexity of electronic interactions3.

One interesting thing about the Bayeschem model is that it can be used as an energy decomposition tool for understanding governing factors of chemical bonding. You can turn the d-band interaction on and off, and see the contributions from each one. The Bayeschem brings the d-band theory to a new level that it can now be used for quantifying those interactions and possibly tailoring some knobs, e.g., structure and composition, to design better materials. Specifically, the study used adsorbed hydroxyl (*OH) on (111)-terminated metal surfaces, a key intermediate in fuel cell electrocatalysis, as a benchmark system. We found that among a few frontier orbitals the 1 orbital dominates the trend of chemical bonding on late transition metals and the adsorbate prefers a tilted bonding geometry because of a more favorable overlap of 1 orbital with the d-states of transition metals. With those orbitalwise knowledge, it is possible to design catalysts to break linear adsorption-energy scaling relations, e.g., *O vs *OH, that is the main culprit of the often-observed volcano limitations of catalytic performance.

Compared with the deep learning models that are trained by large amounts of data4, the prediction accuracy of the Bayeschem is amenable to further improvement. The opportunity to come up with highly accurate while interpretable models that build on machine learning algorithms and theory of chemisorption is highly rewarding for achieving the goals of artificial intelligence in catalysis.

The article can be found in Nature Communications (Siwen Wang, Hemanth S. Pillai, and Hongliang Xin, Nat. Commun. (2020). https://dx.doi.org/10.1038/s41467-020-19524-z) and reports new understanding about the nature of chemical bonding at metal surfaces. This discovery could potentially lead to a new paradigm of catalyst design beyond the linear adsorption-energy scaling limitations. This project is supported by the National Science Foundation CAREER Award from the CBET Catalysis program  (CBET-1845531). The computational resource used in this work is provided by the advanced research computing at Virginia Polytechnic Institute and State University.