Phosphorus and hydrogen at high pressure: the synthesis of phosphine from the elements and the discovery of the missing (PH3)2H2 tile

The periodic table of the elements by Mendeleev represents the foundation of our knowledge about the behavior of chemical elements and has recently celebrated its 150th anniversary. During the last few decades, with the development of pressure generating devices and probing techniques able to access the GPa and even the TPa pressure range, high pressure science has provided evidences that elements may behave differently with respect to what expected basing on the periodic table. For example H2 becomes metallic [1], whereas notoriously soft metallic Na becomes a transparent insulator [2] and forms a compound with He, which is famous to be the most inert among noble gas atoms [3]. This apparently contrasting behavior stems from the fact that the classification of the chemical elements in the periodic table is essentially based on the electronic orbital structure of the atoms at ambient pressure. When the density generated by the application of pressure becomes sufficiently high to perturb this structure, then the atoms behave differently than expected. Nevertheless, before reaching such extreme density conditions, the periodic table as we know it still rules, with pressure even complementing and strengthening its foundations. For example we know that, whereas at ambient pressure the behavior of the first elements belonging to group 14, 15 and 16 (C, N and O) significantly differs with respect to that of the elements in the following period of the same group (Si, P and S), at high pressure these differences tend to fade away, highlighting similarities within the group. Indeed, whereas at ambient pressure O and N are well known to exist as stable O2 and N2 molecules, at high pressure they form crystalline solids respectively made of O8 units [4] and single-bonded N atoms [5], recalling the behavior of heavier S in group 16 and P in group 15. Actually, very recently N was found to adopt at high pressure the same crystalline structure adopted by black phosphorus at ambient conditions [6,7], thus completing the ordering of the sequence of high pressure layered structures in group 15 elements after the discovery of the p-sc structure in phosphorus [8,9]. Again, in group 14 at ambient pressure CO2 is a molecular gas, whereas SiO2 forms an extended solid material called silica. Nevertheless at high pressure also CO2 forms an extended solid called carbonia, analogous to silica [10].

As group 15 is concerned, the catalytic synthesis of ammonia (NH3) from nitrogen (N2) and hydrogen (H2), representing the core reaction of the famous Haber-Bosch process, is certainly one of the most important reaction for humanity, allowing to produce fertilizers from atmospheric nitrogen. At the moment, despite being searched for a long time, the analogous reaction leading to the formation of phosphine (PH3) from phosphorus (the heavier element of group 15 with respect to N) and hydrogen has not yet been reported. In a similar way, a whole class of compounds, called van der Waals (vdW) compounds, made by H2 molecules and by the molecular hydride of a non-metallic element belonging to group 14 to 17 is known at high pressure, with the exception of group 15.

Using synchrotron X-ray diffraction (XRD) at the high pressure beamline ID27 of the European Synchrotron Radiation Facility (ESRF, Grenoble, France) and infrared and Raman spectroscopy at the European Laboratory for Non-Linear Spectroscopy (LENS, Sesto Fiorentino, Italy), researchers of the Institute of Chemistry of OrganoMetallic Compounds of the National Research Council of Italy (ICCOM-CNR, Sesto Fiorentino, Italy), of LENS, of the Department of Chemistry of the University of Florence and of ESRF demonstrated for the first time that black phosphorus (bP) and molecular hydrogen (H2) directly react without any catalyst to form phosphine (PH3) under high pressure and high temperature conditions, identifying a new inorganic route to the synthesis of PH3 from the elements analogous the synthesis of NH3 from N2 and H2. To perform this experiment, a small crystal of high purity bP, synthesized at ICCOM-CNR, was placed in a pressure generating device called Diamond Anvil Cell (DAC), which was then gas-loaded with H2. The sample was compressed to 1.2 GPa (~12000 times the atmospheric pressure) and heated by means of infrared laser irradiation to temperature as high as 1000 K (727 °C), up to the occurrence of chemical reactivity.

Moreover, the authors of this study discovered that at higher pressure (3.5-4.1 GPa) and room temperature PH3 and H2 form a crystalline van der Waals compound (PH3)2H2, which was never before observed for any of group 15 elements, thus representing the so far missing tile for pnictogens in the puzzle of the periodic table concerning the ability of non-metallic elements to form this kind of compounds.

The results of this study have multiple relevant implications encompassing fundamental chemistry of the elements and bond theory under high pressure conditions, the synthesis of energetic high-H2-content and superconducting materials, and astrochemistry issues related to the presence of PH3 and H2 in extraterrestrial environment of giant planets such as Jupiter, Saturn and their moons, and to the recent claim of the presence of life on Venus, based on the detection of apparently anomalous high level of PH3 in the cloud decks of the planet. 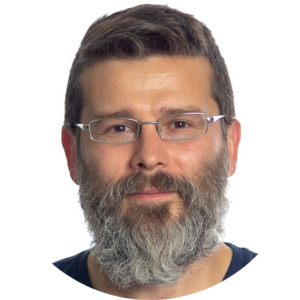