As the world first two-dimensional (2D) material, graphene, the atom-thick planar honeycomb structure composed of sp2-hybridised carbon atoms, is known for its extraordinary mechanical, optical, electrical, and thermal properties, and since its discovery has been widely used in aerospace, solar energy utilization, transparent touch screens industries, wearable devices, sensing, biomedicine and high-performance composites. In particular, due to the huge electron mobility at room temperature, graphene is expected to replace the traditional silicon-based materials in microelectronics and supercomputing devices. However, the zero band gap of graphene limits its potential.

In the past decade, a large variety of methods have been successfully applied for graphene functionalization to modify the band gap, such as doping with foreign atoms, decoration with nanoparticles, fabrication of nanostructured graphene, and chemical reactions with atomic hydrogen, fluorine, and other reactants. However, to apply in microelectronics, delicate modification of graphene structure at the atomic scale and in a long-range order is indispensible, but highly challenging. For this reason, enormous efforts have been devoted to the development of alternative 2D materials, e.g. transition metal dichalcogenides (MoS2, WS2, etc.), black phosphorus, 2D polymer, to name a few. However, certain issues related to these 2D materials, such as low carrier mobility, poor environmental stability, abundant defects, low production and harmful impurities, often compromise their prospects for real-life applications.

We, an international multidisciplinary group of researchers from China, France, United Kingdom, Denmark, and Canada, unlocked an efficient and convenient route to control the long-range hybridization of graphene at the atomic scale. Triggering photocycloaddition of a 2D molecular network with defect-free basal plane of graphene by ultraviolet irradiation in ultrahigh vacuum, spatially selective modification of graphene hybridization with a specific symmetry and a periodicity of 2.65 nm has been achieved over a large scale, resulting in a band gap of 170 meV. The reaction involves both [2+2] and [2+4] cycloaddition, requiring no aid of the graphene Moiré pattern. Distinct from the long soaking, heating, electric pulses, or probe tip press methods used previously, the photocycloaddition pathway not only provides a practical solution for the highly endothermic reaction, but also is much more favourable for applications due to its simplicity, remote controllability, and potential compatibility with the widely-used photo-related techniques. 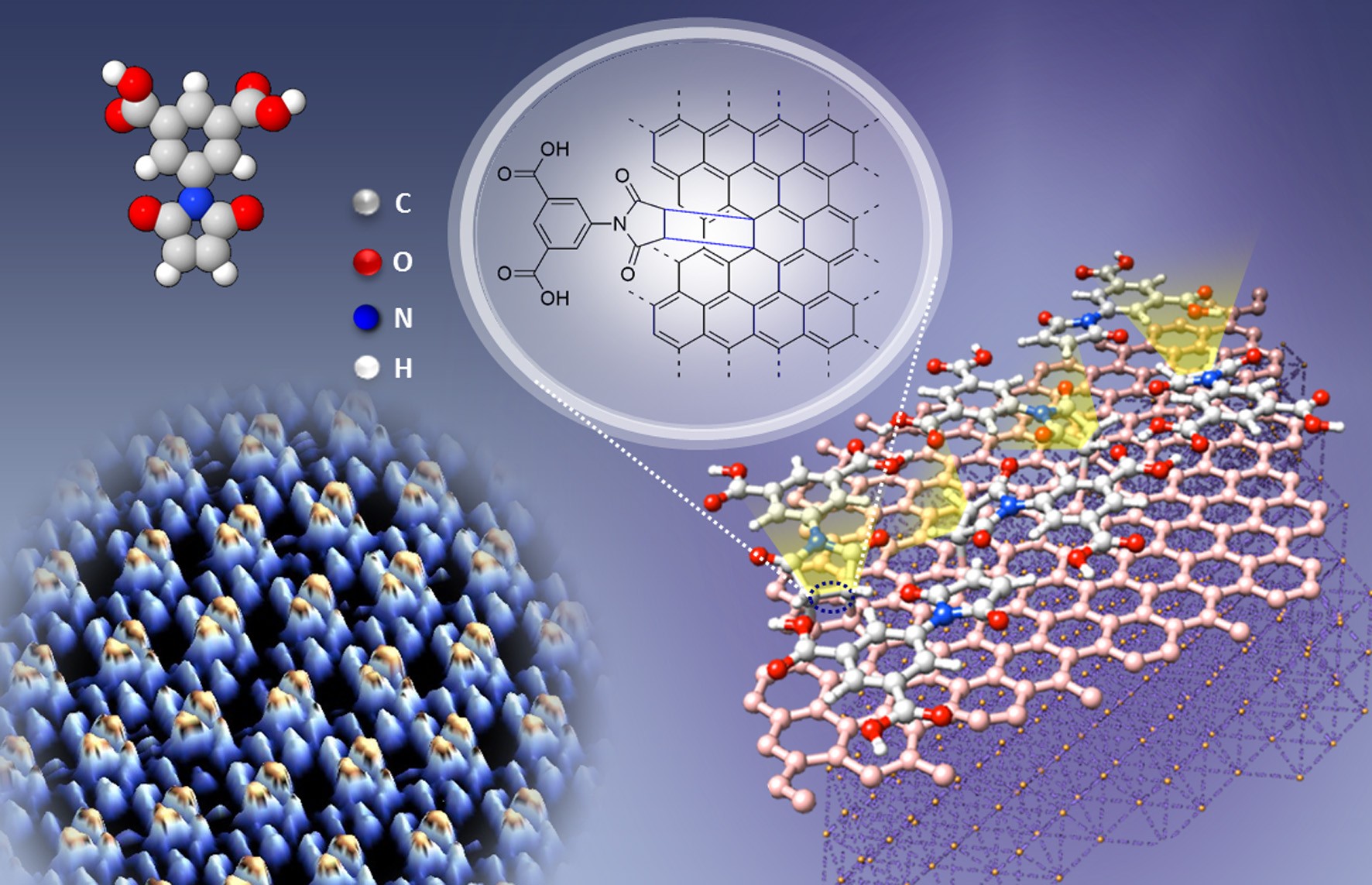 Such highly precise tuning of graphene hybridization at the atomic scale and over the long range using ultraviolet irradiation opens up a way for graphene-based cutting-edge nanoelectronic and optoelectronic devices, addressing the primary challenge of 2D materials in this field. 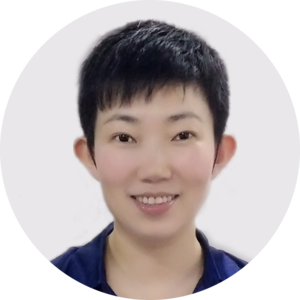