Physically crosslinked polymer networks have been made using a variety of different dynamic, non-covalent crosslinking interactions to instill the materials with elasticity, stiffness, and solid-like relaxation behavior. Intuitively, these materials soften and exhibit faster relaxation times upon heating. This time-temperature relation has enabled examination of longer timescale network behavior by manipulating the temperature.

In 2016, we made a curious observation that hydrogel system we were preparing in our lab that is crosslinked by multivalent, dynamic non-covalent polymer-nanoparticle interactions did not soften with increasing temperature. Upon further investigation using calorimetry, it was apparent that the polymer-nanoparticle interactions in the crosslinks were entropy-driven as opposed to enthalpy-driven. In fact, the interactions were endothermic, meaning that the polymer adsorption onto the surface of the nanoparticles was primarily driven by an entropy change and actually paid an enthalpy penalty to form. These observations were in contrast to commonly used physical crosslinking motifs such as calcium alginate and host-guest interactions of cucurbit[8]uril and cyclodextrin, all of which exhibit enthalpy-driven thermodynamics. In a collaborative effort with Dr. Jian Qin, Assistant Professor of Chemical Engineering at Stanford University, we sought to develop a mathematical model to connect crosslinking thermodynamics to mechanical properties of physically crosslinked networks and to experimentally demonstrate the resulting rheological properties of our entropy-driven network.

In this work we alter the single-mode Maxwell model to incorporate crosslinking thermodynamics into the frequency-dependent term by replacing the relaxation rate with the dissociation rate constant of the crosslinks. This switch was previously shown by Prof. Stephen Craig and coworkers at Duke University to be appropriate for physical networks with a single dominant terminal relaxation rate driven by the dynamic crosslinks. Subsequently, the dissociation rate constant could be written in terms of the enthalpy and entropy change of the crosslinking interactions. Interestingly, this model suggested that elevated temperatures negligibly change crosslink density and therefore the plateau modulus of these materials, but significantly affects the dissociation rate and therefore the network relaxation behavior. We then performed a series of rheological experiments to illustrate the effects of our entropy-driven polymer-nanoparticle crosslinks on the bulk-scale mechanical properties of these hydrogels. In contrast to an enthalpy-driven cucurbit[8]uril system previously reported by Prof. Oren Scherman and coworkers at the University of Cambridge, our entropy-driven polymer-nanoparticle system exhibited temperature-invariant moduli and negligible changes to the network relaxation behavior. Overlapping the experimental data onto the model calculations showed good agreement between the two, suggesting that using the crosslinking thermodynamics in this way provides a framework for designing new physically crosslinked networks. We hope this work leads to the development of new types of entropy-driven networks and potentially enables control over the level of thermal responsiveness exhibited by this important class of materials while maintaining their valuable dynamic mechanical properties. 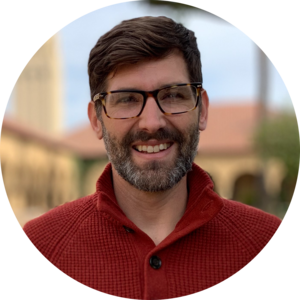