Boronic acids show unique transient binding properties. We have developed a post-translational chemical protocol for the insertion of a minimal unnatural amino acid containing a boronic acid into proteins and present proof-of-principle studies for its use in conferring novel function.

While boronic acids have served as versatile building blocks in organic chemistry for the last sixty years, they have also attracted attention for their unique binding properties based on their Lewis acidity. The boronic acid moiety is known to form reversible covalent bonds with various Lewis bases making it an interesting candidate for various molecular interaction applications. Indeed, a plethora of molecular sensors based on boronic acid scaffolds have been developed, targeting a wide array of analytes.1 Yet, all boronic acids are absent in nature and only a small number of boron-containing natural products exist (in the form of boric acid esters).

The unique binding behaviour of boronic acids on one hand, and their absence in nature on the other, prompted us to investigate the utility of boronic acids to engineer complementary and unprecedented function in biopolymers, such as proteins. While boronic acids have been introduced into proteins via classic bioconjugation protocols or genetic code expansion previously,2,3 we reasoned that a minimally sized boronic acid moiety with restricted flexibility could allow for much greater control of de novo function. For this reason, we envisioned the incorporation of the small, boron-containing amino acid boronoalanine (Bal). We decided to follow the ‘tag-and-modify’ approach to realise this goal, using a reactive dehydroalanine (Dha) tag as a handle for hydroboration.4 Dha can be readily introduced, for example from cysteine (Cys) residues, and our group and others have previously developed a range of methods for this transformation (Figure 1).5

Inspired by previously published small molecule, copper-catalysed ‘on water’ borylation protocols,6 conditions for the reliable borylation of a range of proteins were developed. We utilized our protein scope to probe various proof-of-concept applications for boronic acid-mediated de novo function. As boronic acids are privileged for diol recognition, we first focused on the interactions between borylated proteins and diverse diols (Figure 2a). We could show that binding affinities were not only dependent on the specific diol but could be tuned by the choice of borylation site (making Bal a so called ‘Wulff’-type boronic acid7). A borylated variant of the red fluorescent protein mCherry was shown to bind to cell surfaces – a property absent in the wild-type protein and solely conferred by the introduction of Bal (Figure 2b).

Having established that Bal binds to external Lewis-basic ligands (such as diols), a few interesting questions arose: How does boronoalanine interact with internal Lewis bases within the protein? Does Bal interact with side-chains and the backbone? How does this impact the protein? We were able to detect boronic acid engagement under mass spectrometry conditions and could show that the degree of engagement is highly protein- and site-dependent. While no global change in protein structure was observed in any of our examples, determination of the melting properties revealed the ability of Bal to act by stabilizing or destabilizing, depending on the specific protein and borylation site.

During extensive small molecule studies we also found that Bal also possesses the ability to (reversibly) interact with backbone carbonyls. Given that these interactions would depend on the proximity of Bal and the respective carbonyl, creating a record of them would give valuable information on structural properties even within highly flexible domains (such as intrinsically disordered regions, IDRs). We were able to observe these transient interactions between Bal and backbone carbonyls by protein NMR and could use this methodology to gather structural information simultaneously via short- and long-range contacts in a complex, multi-protein system (Figure 2c).

The post-translational, chemical introduction of the small, boronic acid-based amino acid boronoalanine (Bal) hence provides a versatile tool for the creation of de novo function within native proteins by exploiting Lewis acid•base interactions. We expect this method to enable protein engineering far beyond our proof-of-principle studies, for example via the rational generation of semi-synthetic, multifunctional binding proteins.

For further details, please refer to our article in Nature Chemical Biology. 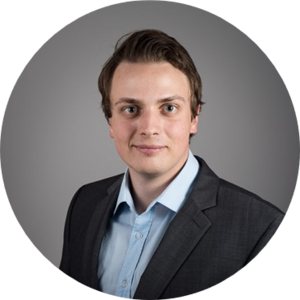