We first came across synthetic routes to the pyrazinacenes while attempting the synthesis of highly nitrogenous phthalocyanines – N-heterocyclic phthalonitriles are susceptible to nucleophilic substitution of nitrile groups and tend not to undergo cyclotetramerization to the corresponding phthalocyanines (although that has since been achieved by our colleagues at Faculty of Pharmacy, Charles University in Hradec Kralove). Immediately we realized that, for instance, 1,4,5,8-tetraazanapthalene-2,3-dicarbonitriles would react with phenylene-1,2-diamines yielding compounds with three linearly fused pyrazine units albeit in different states of oxidation. Our initial investigations were published and we continued to study the compounds’ synthesis, self-assembly and other properties.

Subsequently, some time ago, the then postgraduate student David Miklík (See Fig. 1) appeared in my laboratory in Tsukuba on a visiting studentship from the group of Prof. Filip Bureš at the University of Pardubice. He was accompanied by Pavel Švec, another chemist from the Czech Academy of Sciences. David and Pavel both confessed to being organic chemists and so, I assigned them a general project of preparing new pyrazinacene molecules for the investigation of their fluorescence properties with a view to developing materials for sensing or energy applications. For this purpose, they commenced a literature review and we discussed possible synthetic targets. Pavel ended up working on a one-pot synthesis of an octaazapentacene (OAP) derivative whose preparation we had come across earlier. That work has since been published including details about the tautomerization and unusual N-alkylation on the pyrazinacene backbone. After considering the literature, David and I finally arrived at what seemed at the time to be an obvious interrogative: “Why on earth has no-one synthesized 1,4,5,6,7,8,11,12,13,14-decaazapentacene?” The compound (abbv. DAP) had been mentioned in a seminal work by Michael Winkler and Kendall Houk, which suggested that DAP, and other N-heteroacenes, should be n-type semiconductor complements to the already well-known p-type acenes, like pentacene. Thence, we commenced to devise a synthesis of DAP and started at nucleophilic substitution of electron deficient 1,2-phthalonitriles. Trial and error revealed that reactions proceeded much better using chloride as leaving group and, after further lab activity, David had prepared both highly nitrogenous acene derivatives 1,4,5,6,9,10,11-octaazatetraacene and DAP. Our experience of the synthesis led us to include end-capping phenyl groups to improve solubility and to facilitate NMR analyses, and the final products were isolated as their dihydro derivatives (just as pentacene is sensitive to oxidation, the electron deficient DAP and congeners are unstable in their oxidized states).

With the compounds in hand, we were somewhat satisfied although the pressing question loomed of identifying any of the relevant properties of the compounds. As serendipity would have it, Prof. Thomas Jung, a long-time collaborator with other workers at National Institute for Materials Science (NIMS), was in the Namiki vicinity of Tsukuba and so I mentioned the new pyrazinacene compounds to him. During the following several months, the molecules were studied using scanning tunneling microscopy (STM) at the University of Basel/Swiss Nanoscience Insitute and Paul Scherrer Institute under the very capable hands of postgraduate student Dr. S. Fatemeh Mousavi (see Fig. 2). She undertook extensive deposition and imaging studies including X-ray photoelectron spectroscopy to probe the chemical states of the molecules under different conditions. Finally, it could be shown that DAP molecules can exist in several different oxidation states and that these strongly affect the activity of the molecules on-surface: reduced (immobile, chiral), 1st oxidized state (mobile, self-assembled line structures), 2nd oxidized state (immobile, flat). However, the story does not end there. While David had prepared the molecules in their reduced states, the STM work indicated the possibility of accessing the important oxidized states of DAP and octaazatetracene. So we went back to the organic lab and used chemical oxidizing agents to generate the 1st oxidized states the compounds – both decaazapentacene and octaazatetracene are accessible in solution and solid states although the former compound is substantially less stable than the latter with both being relatively easily reduced (analogous with the easy oxidation of electron-rich pentacene) by adventitious water. Having shown that these interesting n-type counterparts of pentacene are synthetically accessible, we are now working on establishing conditions for their characterization as semiconductors and for other applications. We note that these molecules have potential not only as organic semiconductors but also as molecular protonic materials, photoredox catalysts, water oxidation catalysts, fluorescent probes, and the list goes on.

The synthesis and on-surface characterization of these molecules (Fig. 3) has been substantially supported by our computational colleagues in Romania (Dr. Luiza Iarinca-Buimaga, Prof. Cristian Morari) and the US (Prof. Paul Karr), and there was excellent additional work on electrochemical and spectroscopic characterization in the group of Prof. Francis D’Souza. The work has been part of a worldwide collaboration involving researchers in Japan at Functional Chromophores Group and other groups at International Centre for Materials Nanoarchitectonics and the wider NIMS including the GREEN project, University of Basel/Paul Scherrer Institute/Swiss Nanoscience Institute, University of Pardubice, Shibaura Institute of Technology, University of North Texas, National Institute for Research and Development of Isotopic and Molecular Technologies (Cluj, Romania), Wayne State College, and The University of Tokyo. 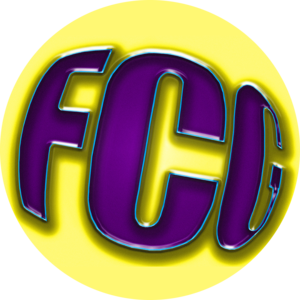