Radiation therapy is frequently used to treat cancer. Within cancerous tissue, DNA plays a fundamental role as it is the carrier of genetic information. Therefore, DNA molecules are the main targets of radiation therapy. Thus, despite the complex biochemistry involved in radiation damage and repair, the initial physico-chemical processes during radiation therapy can be studied in simplified model systems.

From a molecular point of view, such a model system consists out of three main components:

Despite these three simple ingredients, many questions remain unanswered.

Some of the most fundamental and controversial points include:

How does the quantity and quality of radiation damages to DNA change upon hydration?

What is the ratio of direct and indirect DNA damage processes?

These processes are difficult to distinguish because it is experimentally very challenging to access direct and indirect damage simultaneously. This difficulty lies within the nature of these processes themselves. Direct damage is caused by the interaction of high-energy photons and secondary low-energy electrons  (LEE) with DNA. In this process, the latter are abundant but cannot propagate very far in the medium. Therefore, they can only be studied in a vacuum environment. Indirect effects, on the other hand, result from various processes involving water molecules, which in turn are the natural enemy of classical vacuum experiments.

To simultaneously access direct and indirect radiation damage, the mutually exclusive pair - water and vacuum - must be brought together. And this challenge can only be overcome with new thinking or new experimental approaches. For the new experimental approaches, you need patience and luck. We had both and near-ambient x-ray photoelectron spectroscopy became available at the right time.
Over the last decade(s) it has been possible to develop XPS systems that work far beyond the standard conditions of high or ultra-high vacuum (UHV). Hans and Kai Siegbahn were the first to develop XPS of low volatile liquids already in the 60s and 70s, They came up with various innovative ideas to probe a liquid sample, e.g., a liquid jet, spinning disk, or a moving wire. Novel developments of differentially pumped electrostatic lenses in the 1990s and 2000s enabled working pressure of a few mbar during XPS analysis. Near-ambient pressure (NAP) XPS is still a rapidly growing surface analysis method. The constant development of XPS from a vacuum-based method towards ambient pressure conditions has revolutionized XPS dramatically.
Our study shows, that nowadays, investigations can be performed not possible a few years ago. Here, we performed irradiation and simultaneous XPS measurements on fully hydrated DNA using the laboratory NAP-XPS instrument (Fig. 2) EnviroESCA (SPECS Surface Nano Analysis GmbH, Germany). It is equipped with a three-stage differential pumping system, a PHOIBOS NAP 150 electron energy analyzer, and a monochromatic Al Kα X-ray source. NAP conditions with pressures ranging from 4 mbar to 14 mbar were realized by backfilling the measurement chamber with water vapor. This enables the study of changes of damage yields caused by the presence of H2O, via different mechanisms, such as the production of reactive oxygen species ROS or the modification of electron transfer (ET) channels.

The application of the state-of-the-art, near-ambient-pressure x-ray photoelectron spectroscopy allowed us for the first time to monitor of radiation induced chemical changes of DNA under water atmosphere.

The experiments performed under these unique conditions provided us, in combination with Geant4/TOPAS particle scattering simulations, with the ability to distinguish direct and indirect damage in-situ, on the level of individual chemical bonds.

Especially DNA strand breaks and base damage play an important role, in radiation chemistry, dosimetry and medicine, since they are linked to apoptosis, genomic instability and carcinogenesis.

Our results revealed a preferential formation of DNA strand-breaks by direct effects under vacuum conditions. In contrast, a dramatic shift towards base damage and base release was observed upon hydration of the DNA. In the latter case, the indirect damage effects, mediated by the products of water radiolysis, became predominant.

Why do these results matter?

To improve radiation therapy in the future, a molecular-level understanding of radiation damage to DNA is of fundamental interest. The possibility to observe the chemical changes and damage formation under different hydration conditions directly is a huge step forward towards this goal.

Furthermore, the presented novel experimental approach offers new exciting applications for biological systems, a rather unknown field for XPS. X-ray-induced degradation studies of more complex biological systems, involving other biomolecules such as proteins, lipids, and additional precursors of reactive species, which are normally present in cells, will be the first step on this path. 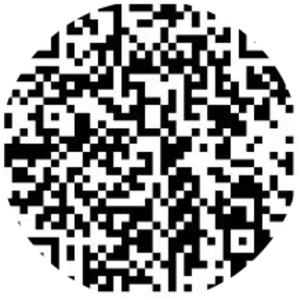