Our team is obsessed with converting simple alcohols to useful molecules by radical C-H functionalization. In 2017, we published our first idea in this area, where we temporarily appended a nitrile to an alcohol and converted the resulting imidate to an oxazoline by regioselective, intramolecular H-atom transfer (HAT). This β C-H amination, which converts cheap and abundant alcohols to medicinally relevant β amino alcohols, has generated much interest among pharmaceutical chemists around the world. To address scale-up and functional group compatibility concerns that we heard from them, we then developed a 2nd-generation catalytic version. This iodine-catalyzed protocol enabled kilo-scale access to dozens of new amino alcohols in racemic form - in a process that is now widely employed by medicinal chemists. Yet, while we had harnessed regioselectivity of this radical cascade, an enantioselective variant (that would provide access to a single enantiomer of these privileged structures) eluded us - and has remained a ‘holy grail’ for our lab and the synthetic community. 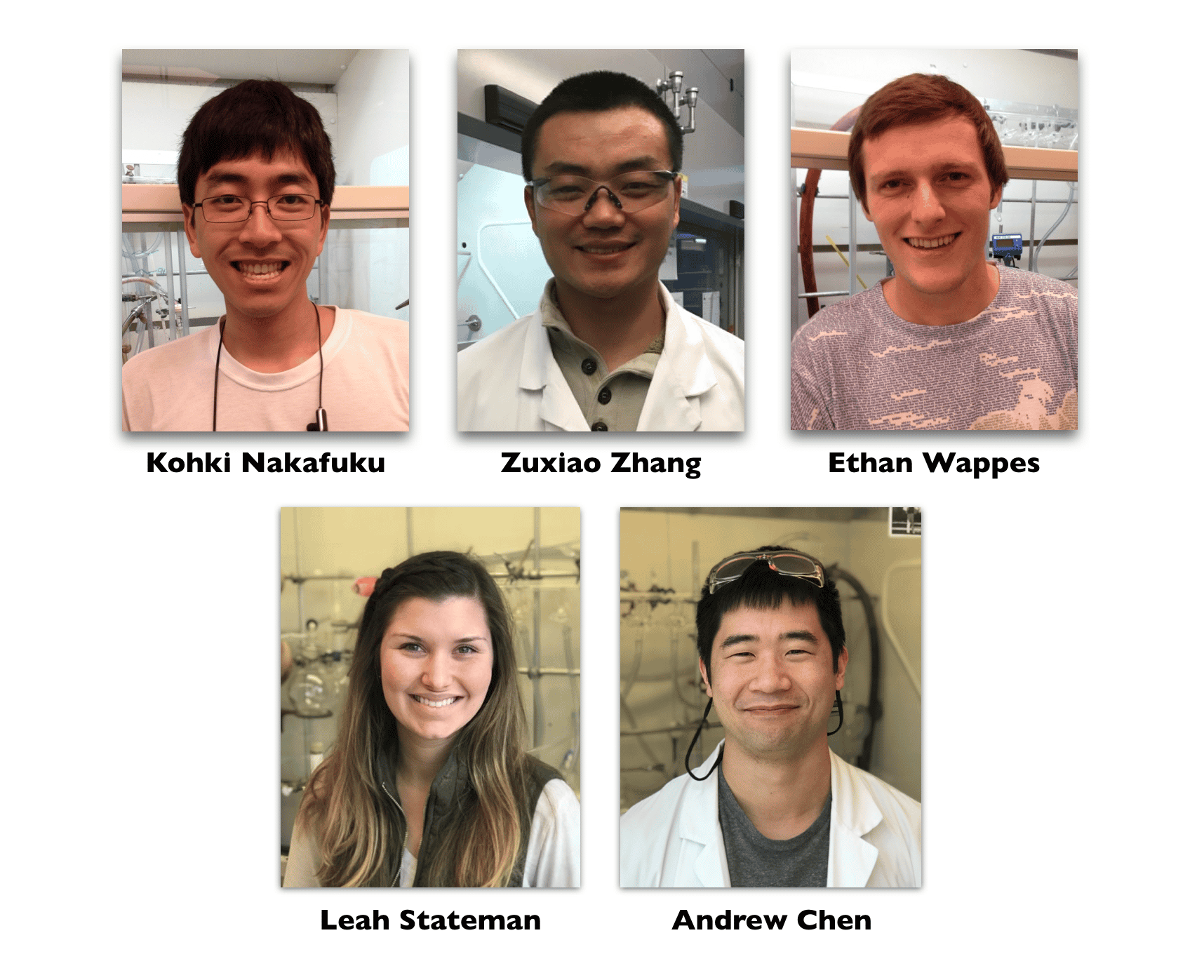 Several years ago, Kohki and Ethan (former PhD students & lab co-founders, and current rockstar medicinal chemists) sought to tackle this problem. Given the difficulty of imparting enantio-control on radical reactions (especially C-H functionalizations), I was a little nervous and warned them of the high likelihood that they might devote many years of their PhD's to this goal without getting there. On the other hand, I also acknowledged they would become legends if they could accomplish it. Undeterred, they forged ahead with a creative idea: inventing a new imidate radical strategy that could be controlled by a chiral catalyst.  Together with Zuxiao (current postdoctoral fellow and reigning chiral champion of our lab), the trio developed a tri-catalyst-mediated protocol entailing triplet sensitization of a chiral Cu-bound imidate to enable enantioselective HAT and stereo-selective amination. Having surpassed the infamous >90% ee milestone, Kohki and Ethan graduated last Spring. Picking up the baton, Leah and Andrew (two chemistry ninjas, who recently earned their own PhD’s this Spring) joined Zuxiao, who had demonstrated broad utility of this C-H amination (accessing many new, enantioenriched amines), and added some excellent mechanistic probes and synthetic applications. Overall, completing this epic journey, and solving a longstanding challenge for our lab, required half a decade of superb creativity and teamwork by these five chemistry rockstars!

The synthetic value of this strategy, which enables selective access to a family of chiral amines (including amino acids, the building blocks of life) from simple alcohols, will likely be its many applications in medicinal chemistry. Interestingly, this method also provides a snapshot of the state-of-the-art in chemical synthesis - and especially, asymmetric C-H amination. For example, Frances Arnold and coworkers recently reported enzyme catalysts (derived from a cytochrome P411) may enable enantioselective nitrene-mediated γ C-H amination of amines. In comparison to this enzymatic approach, our chemical approach now affords highly enantioselective β C-H amination of alcohols. The approaches are complementary in mechanism, reactivity, and field of catalysis. Importantly, both strategies offer important new tools in creating privileged motifs from simple feedstock chemicals. 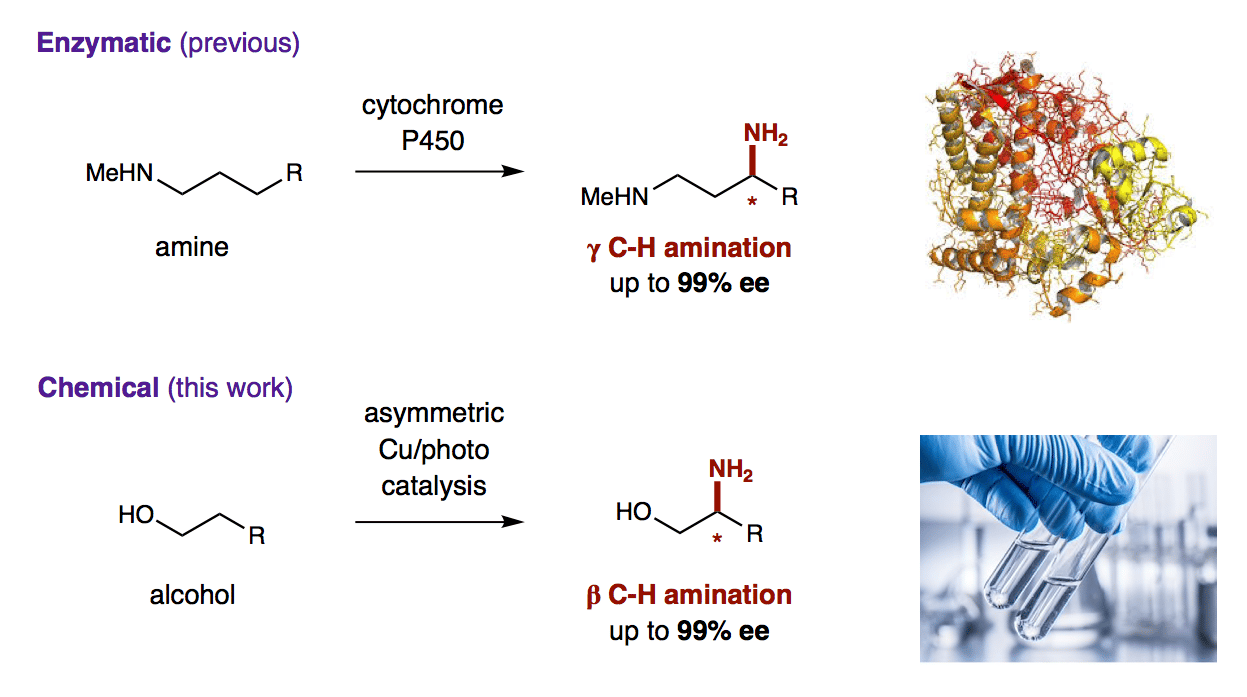 Read our new publication in Nature Chemistry that describes this exciting discovery ... 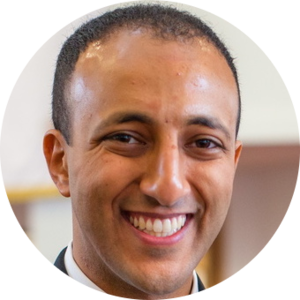