Metals that enter the oceans through hydrothermal vents are an important part of global element cycles, as recent cross-basin analyses of ocean compositions show.

Deep-sea vents, or hydrothermal plumes, spew hot water that contains dissolved metals from the Earth’s mantle into the oceans. These elements mix with the surrounding seawater over decades, as the hydrothermal plume disperses over thousands of kilometers. Hydrothermal vents, however, were long disregarded as a substantial source of metals to the oceans. On the eve of the United Nations’ World Ocean Week, Amy Gartman and Alyssa J. Findlay illustrate in Nature Geoscience how assumptions on metal content dynamics in our oceans are currently being revised.

Data generated e.g. through the Geotraces project show that, contrary to common belief in the field, oxidation and precipitation of hydrothermally dissolved metals is not the only way of losing them from the plumes. Because manganese does not readily precipitate as a sulfide from the initially rising plume, and oxidation is only favored in a basic milieu, manganese has been used as a stable indicator to trace plume processes far from the vent sites. However, manganese-oxidizing bacteria have been found to cause high rates of manganese sequestration from the water column. On the other hand, it turns out that metals can be retained in the travelling plume as metal-organic complexes, as inorganic nano-particles, or as colloids that may even include microbial cells. Even metals in the particulate fraction may be retained in the plume through interactions with neutrally buoyant organic matter.

To arrive at reliable quantitative estimates of hydrothermally derived element fluxes to the oceans, the physicochemical complexity, as well as the vast spatial and temporal extents of the studied system need to be accounted for. Gartman and Findlay suggest to categorize plumes not simply by their distance to the vent site in near and far field, but on the basis of their metal oxidation states. This would allow to more reliably track how hydrothermal plumes interact with the ambient environment and to derive their impact on larger marine biogeochemical cycles.

Back to Comms Earth
Next 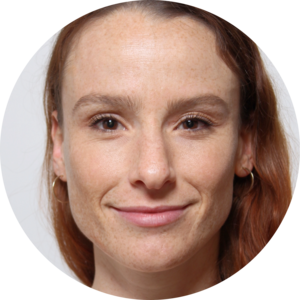