The Mizoroki–Heck reaction consists in a palladium–catalyzed coupling between aryl halides and alkenes, which constitutes a fundamental methodology in modern organic chemistry, recognized with the Nobel prize in 20101,2. One of the main strengths of the reaction and, at the same time, a major limitation, is the marked regioselectivity towards the terminal alkene position of electron poor alkenes (i.e. acrylates and styrenes), thus giving systematically the linear alkene internal product (also known as beta product). After 50 years of research, it is difficult to find in the literature a single example where an aryl halide and an acrylate or styrene react the other way around under catalytic conditions, to generate the branched, disubstituted terminal alkene (alpha product). This issue was in the head of the research group for much time, since one of the corresponding authors of this work studied the Heck reaction during the Ph.D., nearly 20 years ago.

Figure 1 shows this change in regioselectivity, in which could be considered a “regioirregular” Mizoroki–Heck reaction. This term was coined in a reported example of regioselectivity switch during the coupling of an acrylate, obtained over a crowded palladium complex3. This work, although employing a palladium catalyst in stoichiometric amounts, pointed the way for achieving regioirregular Mizoroki–Heck reactions with sterically hindered chemical environments. Following this, and considering that intramolecular Mizoroki–Heck couplings inherently generate sterically hindered palladium intermediates, we prepared iodoaryl cinnamates where sterics and electronics are put in conflict during the coupling. In other words, sterics will direct irremediably to the regioirregular coupling. We were very curious about this particular experiment. However, in our hands, any conventional palladium catalyst did not give the reaction. Nevertheless, when a mixture of single palladium atoms and sub–nanometric clusters were in–situ generated during reaction4, the intramolecular Mizoroki–Heck reaction proceed exclusively to the regioirregular alpha product. This result was very exciting, however, limited to the intramolecular coupling, since is the same starting material which generates the necessary steric hindrance to favour the regioirregular selectivity.

Now, the challenged consisted in generating this sterically hindered chemical environment around the mixture of palladium atoms and sub–nanometric clusters without any substrate assistance, in order to perform intermolecular couplings. Based on our previous experience with cation exchanged zeolites5, which allows to modify the size of the zeolite cavities with extraordinary precision, in the sub–nanometer range, we prepared a series of Na to Cs–exchanged X zeolites with the required catalytic Pd species within the microstructured solid, and it turned out that that the more crowded and basic zeolite, PdCs–X, catalyzed the intermolecular Mizoroki–Heck coupling of a plethora of aryl iodides and styrenes, to give the corresponding regioirregular alpha stilbene products. The regioirregular intermolecular Mizoroki–Heck coupling was done over a solid catalyst without external base, thus could be implemented in flow6.

Last but not least, we tackled another regioselective issue of the Mizoroki–Heck coupling, i.e. the difficulties associated to couple di– and tr–substituted stilbenes. To overcome this limitation, we designed a metal–free, photo–organocatalytic method for the synthesis of tri– and tetra–substituted stilbenes from aryl halides, that circumvents the palladium steric requirements.

All these methods, together, significantly widen the chemical space of the Mizoroki–Heck reaction. See details in https://www.nature.com/articles/s41929-021-00592-3. 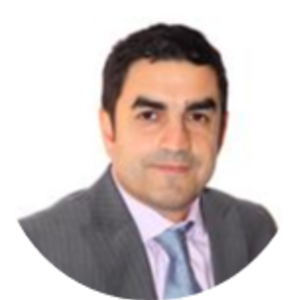