In 2018, I started my PhD and decided to pursue research in materials chemistry rather than study organic chemistry as I had as an undergraduate. So, I took a leap of faith and joined a brand-new lab primarily focused on elucidating self-assembly mechanisms through electron microscopy. Upon deciding on a project, I expressed a desire to integrate synthesis into my research. To help me with my goals, my advisor, Joe Patterson tasked me with devising a new polymerization-induced self-assembly (PISA) for lactones/lactides using ring-opening polymerization (ROP).

A good PISA process requires the careful selection of both the corona block and the core-forming monomer. Both must demonstrate solubility and reactivity in the selected solvent to allow the polymerization to proceed sufficiently to generate assemblies. We initially tried ε-caprolactone with polyethylene glycol (PEG). Paired with a wide variety of catalysts and reaction conditions, we failed to initiate polymerization or self-assembly. Finally, after reading about the fast polymerization of lactones/lactides to high conversions using TBD,1,2 and the solvent compatibilities of poly(L-lactide) (PLLA) in toluene3 we found a system that quickly polymerized and subsequently self-assembled slowly (Scheme 1).

Some basic materials characterization was all we needed to publish and thereby supplement the expanding field of PISA. However, Joe encouraged me to take a more nuanced approach to explore the self-assembly mechanism. We explored the morphological evolution and crystallization kinetics of our process, which we coined ring-opening polymerization-induced crystallization-driven self-assembly (ROPI-CDSA) (Figure 1). We discovered that ROPI-CDSA forms hierarchical assemblies either following unimer addition (low PLLA degree of polymerization(DP)) or particle aggregation (high PLLA DP). Additionally, by tuning the solids weight concentration and the PLLA DP, we were able to access structures of all dimensions including 3D organogels.

Perhaps, the broader impact of the paper is the non-equilibrium nature of the process. During the polymerization, no self-assembly is observed, despite the growth of the solvophobic PLLA block. Therefore, we propose that the polymerization initially drives the system out-of-equilibrium as the energy released from ring-strain is driving the self-assembly in the early stages of the self-assembly. Currently, we are working on several projects all designed to understand and manipulate this out-of-equilibrium step to change the final morphological result.

However, I think the largest impact of the paper was witnessing my personal development as a scientist. I went into this project with little relevant experience and now I am proficient in a wide range of techniques foremost being cryo-TEM and polymer synthesis. Joe also gave me ample freedom to explore my own ideas, despite many failed attempts, catalyzing the development of ROPI-CDSA. Having an advisor that treats you as a colleague rather than a worker has accelerated my progress. This type of synergy will help avoid common problems facing graduate students such as burnout, feeling undervalued, and imposter syndrome. 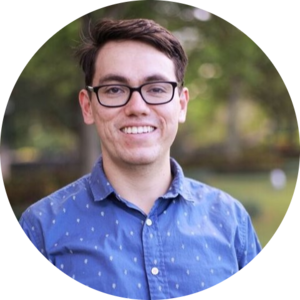