+1
Ty Christoff-Tempesta and 1 other View all
Ph.D. Student, Massachussetts Institute of Technology
Follow 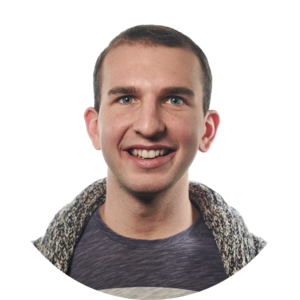 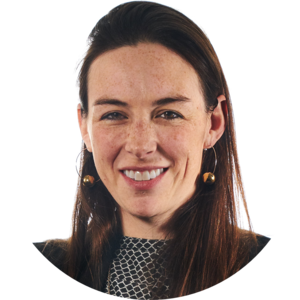 The self-assembly process is a hallmark of living systems. By combining hydrophobic and hydrophilic domains into the same amphiphilic molecule, nature is able to form pristine assemblies with intricate designs, internal order, controlled dynamics, and functionality. From cell membranes to DNA complexes, these assemblies form the building blocks of life and have inspired decades of research into mimetic synthetic materials.

Molecular self-assemblies offer high surface areas, allowing researchers to do more chemistry with less material, and the properties of the assemblies are readily tuned by modifying the constituent amphiphiles’ structures. Traditionally, supramolecular assemblies are dynamic: the constituent molecules can easily move around within or between assemblies, leading to synthetic systems designed for applications in aqueous environments where such dynamics are common. By drastically slowing down these dynamics, we hypothesized we might be able to use small molecule assemblies in more demanding environments and, perhaps, outside of solvent altogether.

Turning this idea into what we now call “aramid amphiphiles” required venturing into the unknown. We had a fundamental molecular design principle to form robust nanostructures: the amphiphiles required a hydrophobic interior and hydrophobic exterior to induce assembly, and we wanted to add a third Kevlar-inspired domain in the middle to provide strong and dense interactions between molecules (Fig. 1). However, much of the existing theory on small molecule self-assembly relies on weak intermolecular interactions between molecules in the hydrophobic domain. Starting with existing amphiphile designs, we synthesized molecules with long hydrocarbon tails (C12, C16, and beyond), any number of aramid repeat units in the structural domain from one to six, and head groups of varying charge, valencies, and charge densities. Molecule after molecule, we saw the formation of disordered aggregates upon addition of water, rather than self-assembly into a recognizable structure (Fig. 2a). Such agglomeration, we thought, must be indicative of an overpowering hydrophobic domain.

We hoped that a key characteristic of the aramid amphiphile design could be its scalability. Putting this into practice, we chose to use well-established peptide coupling reactions as the basis for synthesizing our molecules. This class of reactions relies on an iterative process to obtain a target compound: starting with two molecules that each expose only one reactive group, we (1) join the two molecules together, (2) selectively deprotect the resulting molecule to expose a new reactive group, (3) react this molecule with another that has only one reactive group exposed, and (4) repeat steps 2 and 3 until we obtain final product. In this strategy, a common protecting group for amines is the “Boc” (tert-Butyloxycarbonyl) group. To reduce the hydrophobicity of the molecules in hopes of observing assembly over agglomeration, we moved towards amphiphiles with shorter and shorter tail groups, getting all the way down to a simple two carbon tail, but still could not induce assembly. Looking at countless vials of unsuccessful powders in the lab, we accidentally suspended a synthesis intermediate - rather than the most recent product - into water. This intermediate had a hydrophilic head group and three aramid repeat units, but still retained a pendant Boc moiety as the tail group, which would normally be cleaved to replace with a hydrocarbon tail. To our surprise, it formed nanoribbons (Fig. 2b).

This discovery became the foundation of the aramid amphiphile design. The amphiphile’s structure offered sufficient hydrophobicity and steric hinderance to induce assembly and incorporated strong intermolecular interactions, without preferring aggregation. We later swapped the Boc group out for what we called “mock-Boc” (3,3-dimethylbutyric acid), a structure that provides similar size and shape but is not labile to hydrolysis or side reactions, and created a class of molecules with different head groups to vary surface charge. From there, we dug in deep to understand the assemblies’ behavior by studying their morphologies, dynamics, and mechanical properties, and ultimately, their capacity to form solid-state materials. We found the aramid amphiphile nanoribbons exhibited significantly suppressed molecular exchange and enhanced mechanical properties as compared to conventional small molecule assemblies, and could use this stability to draw the nanoribbons into arbitrarily long macroscopic threads, through a process borrowed from Sam Stupp and Monica Olvera de la Cruz’s 2011 paper A self-assembly pathway to monodomain gels. Now, we are excited to explore how aramid amphiphiles can extend the benefits of self-assembly to applications that were historically inaccessible to molecular materials, like ion conductive materials, catalysis, or sequestration of toxins.

You can read more about the study in Nature Nanotechnology.