Self-replication combined with photo- or organo- catalysis: one step closer to synthetic life 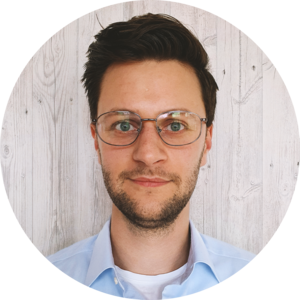 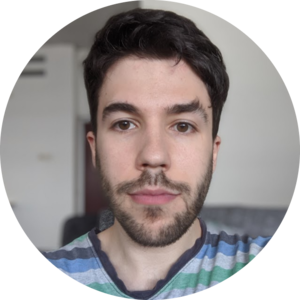 Self-replication is an essential component in the recipe for de novo life. However, it is not the only one. Self-replicators must acquire additional capabilities in order to adapt and survive in an ever changing environment. One of the most important capabilities is catalysis (key to the metabolism of advanced living organisms) as it allows the replicators to transform the chemicals in their environment into molecules they can use. Recently, we have discovered the two first examples of catalysis combined with replication in a completely synthetic system, based on two different principles: the recruitment of photoactive cofactors and the ability to become catalytically active through self-assembly. In both of these examples, the emergent catalytic function leads to the benefit of the replicator by producing more of its precursors.

Our group has been working on synthetic self-replicators that emerge spontaneously from complex mixtures of molecules [1]. We have observed different behaviours of these replicators, such as adaptation [2], diversification [3], or parasitism [4], all of them based only on their ability to self-replicate. In order to unlock other exciting behaviour, we have been pursuing the catalysis of external reactions for some time - mainly by adding amino acids such as histidine to the replicator building blocks. Replicators functionalized in this way were catalytically active in reactions such as ester hydrolysis, but the reactivity of the self-replicating species was not much different from one of its precursors or of unassembled monomers. This led us to search for alternative approaches.

For one of these approaches, PhD student Guillermo Monreal Santiago drew inspiration from a paper by Kanai et al, describing a photosensitizer that only produced singlet oxygen in presence of proteins with a high β-sheet content [5]. In Kanai’s design, that photocatalyst was used to selectively destroy amyloid proteins. In ours, it would be a cofactor that our amyloid-like replicator could use to catalyse the oxidative formation of its precursors. After some synthesis, LED soldering, and testing it became clear that their original molecule was not going to work as Guillermo envisioned. But the concept of replicators recruiting and activating a small dye stayed in our target, and after some more dyes, LEDs and spectroscopic measurements with the help of Professor Wesley Browne, Guillermo and Postdoctoral researcher Kai Liu finally identified two photocatalysts that could be activated specifically by the replicator - Rose Bengal, by formation of a J-aggregate, and tetraphenylporphyrin, by co-solubilization. As designed, the recruitment of these cofactors by the replicator accelerated the formation of its precursors, and therefore replication itself - the synthetic replicator was using energy from light for its own benefit. 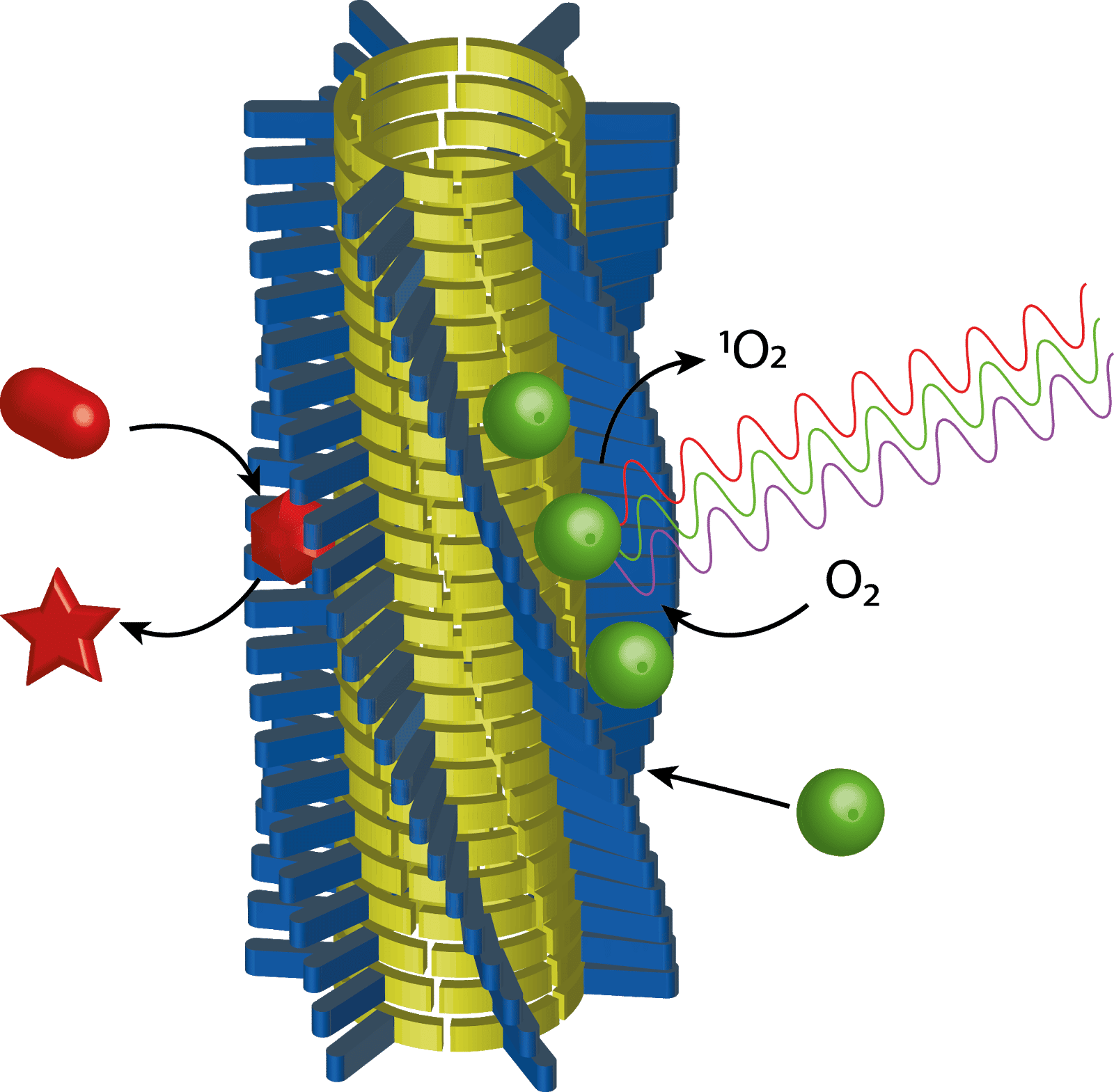 Another approach was established at the annual NCCC (Netherlands’ Catalysis and Chemistry Conference). Here, PhD student Jim Ottelé gave a talk about histidine functionalized building blocks and ester hydrolysis. Clemens Mayer - at the time a postdoc in the group of professor Gerard Roelfes - realised that the stacking mechanism in the self replicators must bring lysines in close proximity to one another. Previously, he had done his PhD in Donald Hilvert’s group at ETH Zurich, where similarly arranged lysines were used to facilitate retro-aldol reactions. Shortly after the conference we immediately discovered that our replicators were able to perform this reaction as well and with remarkable efficiency: the catalytic efficiency was comparable to that of the best designer enzymes. During testing for other reactions, PhD student Andreas Hussain discovered that replicators capable of catalysing the retro-aldol reaction were unexpectedly also able to promote FMOC deprotection, opening the way to positive feedback loops with this approach too. In this case, replicators are also able to catalyse the formation of a molecule that promotes the synthesis of the replicators’ precursors - not through supramolecular binding but through cleavage of a covalent bond. 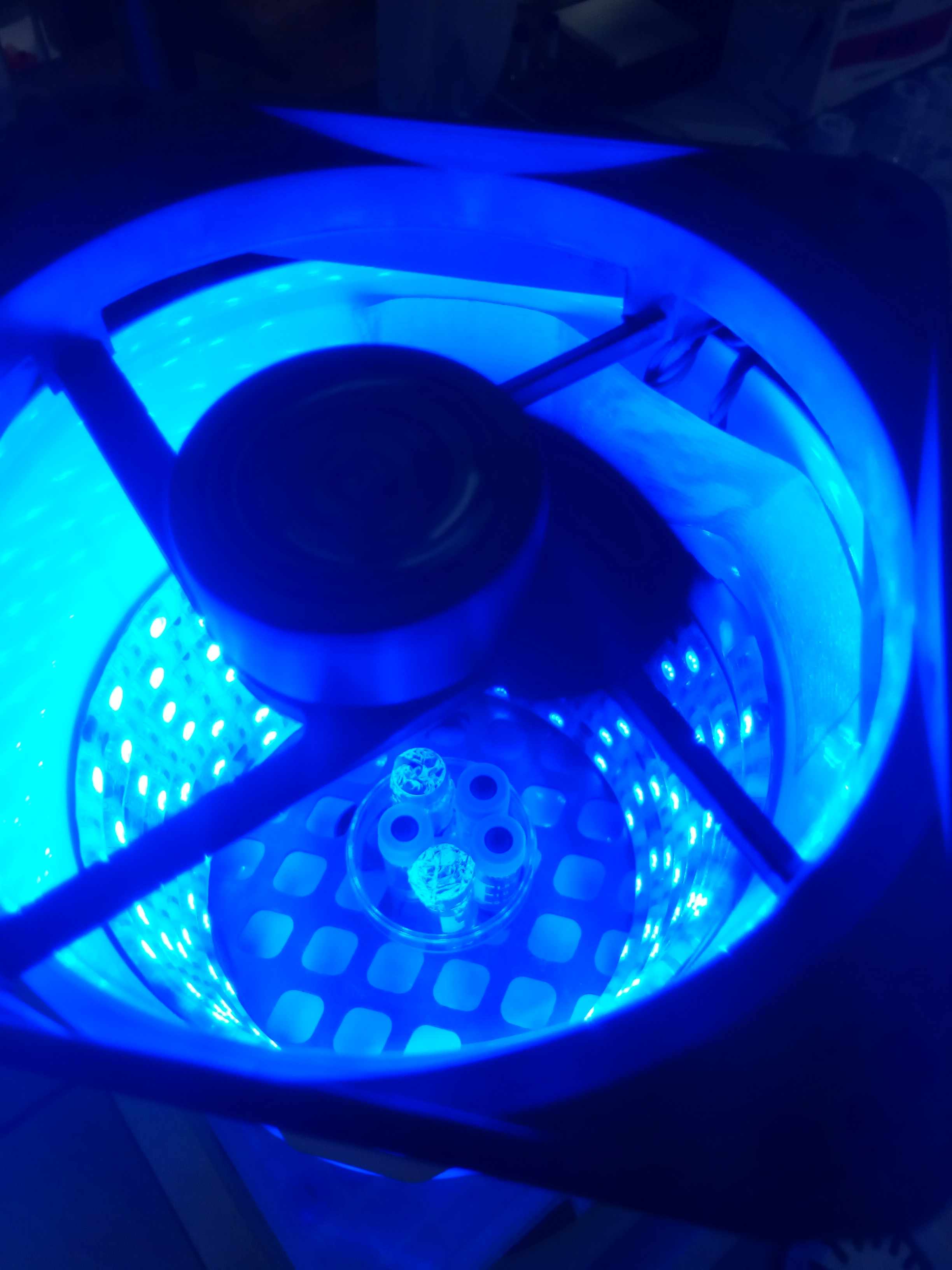 Figure 2: Initial setup explored for the photoirradiation of cofactor-containing samples. Definitely the first of many iterations: in this case, the light was so strong that all the dye got photobleached in a matter of minutes!

The road to a synthetic version of life is long and winding, but the future is promising. The emergence of catalytic function in self-replicators has opened up the way towards open-ended evolution. One can envisage experiments where replicators compete with one another and selection occurs based on the ability of replicators to change their environment through catalysis or the recruitment of cofactors. One can also think of using Darwinian evolution as a means of catalyst development, for the first time not requiring biology or biomolecules.