Characterisation of structural distortion found to be commensurate with experimental and computational oxygen-vacancy formation and photocatalytic activity.

Thomas Edison (1847-1931) is most commonly known for his innovations in energy consumption, namely the invention of the phonograph, video camera, and incandescent light bulb. But he was also a pioneer of sustainable energy production and practice, experimenting with rechargeable Ni-Fe battery for use in electric vehicles, which were only commercialised for a few years around 1910. However, his enduring legacy remains that of the light bulb: the conversion of electrical energy to visible light. In contrast to this work, the reverse process has become one of the most primary solutions to today’s energy crisis: the conversion of sunlight light to electrical. To his credit, Edison foresaw this, saying in 1931: ‘I’d put my money on the sun and solar energy. What a source of power!’

In the present day, the direct conversion of solar light to electrical energy by highly efficient photovoltaic systems is commonplace. This is probably similar to what Edison envisaged, but here we demonstrate the conversion of sunlight to chemical energy in the form of hydrogen gas. Hydrogen is becoming increasingly important in the emerging sustainable-energy economy as an energy source in itself in hydrogen fuel cells, and as a reagent in ammonia synthesis, either for industrial uses or as a further energy vector. With the increasing need for energy storage, using sunlight for chemical energy storage is a highly attractive prospect.

In our paper, we have shown that sunlight can drive efficient photocatalytic water splitting over nitrogen-doped TiO2, yielding hydrogen gas. Crucially, the absorption profile is shifted to longer wavelengths relative to pristine TiO2 which absorbs primarily in the UV region. Strong absorption in the highly abundant visible region enables much more complete utilisation of the solar spectrum.

However, the use of electromagnetic radiation does not end there. We have synchrotron X-ray radiation in order to probe the crystalline structure of the photocatalyst material also. It is well-reported how incident visible light promotes water splitting over N-TiO2 materials by reducing the formation energy of oxygen vacancies and increasing the limiting concentration of oxygen vacancies. These phenomena are primarily understood in an electronic context. In this study, we aimed to investigate the structural effects of nitrogen-doping and oxygen vacancies by variable-temperature diffraction experiments. The collection of diffraction data was carried out on I11 at the Diamond Light Source, which is just a 20 minute drive from our research group in Oxford, and also on BL02B2 at SPring-8 in Japan, which took a little longer to get to. Many thanks go to Chiu Tang and Shogo Kawaguchi, respectively, for being so generous and helpful. 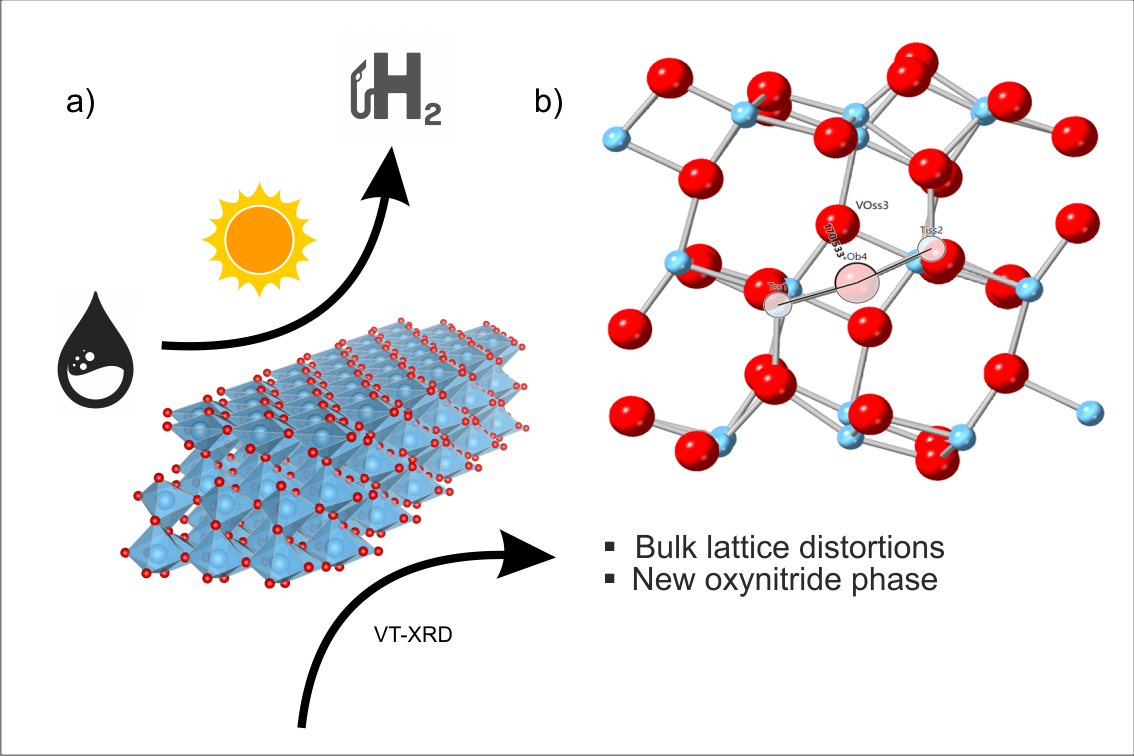 Figure 1. a) Simplified schematic of photocatalytic water splitting over N-TiO2. b) Local distortion of lowest energy oxygen vacancy structure as calculated by DFT.

We initially wanted to conduct an in-operando experiment which would combine visible light and X-ray irradiation, elevated temperature, and the presence of some form of water. However, as is always the case with in-operando environments, it was easier said than done. Using just variable-temperature, we made two interesting observations in the bulk structure: (1) the unit cell began to be compressed in the ab plane and expanded in the c axis, which was correlated with the photocatalytic activity, and (2) high nitrogenation of anatase results in a titanium oxynitride phase that exhibits unusual thermal instability. We are confident that these observations will shed further light on this photocatalytic system that holds so much promise for the hydrogen economy of the near future.

Further, our research group have previously reported that the elevated temperatures and pressures necessary for this catalysis can be achieved by heating the reaction using only light, foregoing the need for additional electrical heating systems. By exposing a sealed vessel of water and a photocatalyst to sunlight (albeit highly concentrated), the valuable and versatile reactant and energy vector of hydrogen can be produced. No reactant other than water is need; the catalyst is stable under duration testing; no connection to an electrical grid is required; no waste is produced. Perhaps the only practical drawbacks lies in the subsequent storage and transport of the hydrogen.

When speaking 90 years ago, Edison likely wasn’t envisaging a solar-to-chemical-to-electrical process. However, he was indeed correct that the sun’s power would play a crucial part of the new energy landscape. Harnessing, integrating, and optimising such power still has some way to go, but we are glad to contribute to this effort and fulfil Edison’s words in some respect. His inventions lit up the 20th century and changed the way we use electricity, but his impact can still be felt in our efforts to generate and store it sustainably. As Edison aimed to establish the electrical infrastructure of the previous century, we aim to contribute to the hydrogen infrastructure of the next. Following our report, the characterisation of the electronic and structural mechanisms of the nitrogen-doped TiO2 photocatalysis system remain incomplete. However, we hope to have shone a light at least on the effect on crystalline structure. 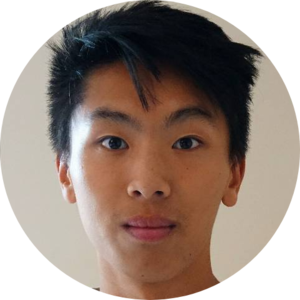