When the metal active center is dispersed to the single-atom scale, thanks to the boosted surface free energy, unsaturated coordination environment and the interaction of the metal-support will give the single-atom catalyst novel properties. The atomically dispersed active center not only significantly improves the utilization efficiency of metal atoms, but also changes the energy and selectivity of the adsorption and desorption of reaction molecules on the catalytic center. In traditional single-atom catalysts, it is difficult to avoid the re-aggregation of metal atoms. What's more important, the ambiguous relationship of the interaction between the metal atom and support remarkably limited the improvement of catalytic performance.

Here, for the first time, we reported a new strategy (assembly/leaching) for the preparation of single-atom catalyst.[1] By applying the strong chemical interaction between two counterpart 2D materials, cobalt nanodisks were successfully assembled onto the surface of molybdenum disulfide nanosheets, following by the leaching process with acid to obtain the high loading metal cobalt single-atom array on distorted metal phase molybdenum disulfide (SA Co-D 1T MoS2).

SA Co-D 1T MoS2 exhibits outstanding hydrogen evolution reaction activity (as good as commercial Pt) and excellent long-term stability. The active site block experiment reveals that the single-atom Co is the principal catalytic center, although both single Co atom and 2H to D-1T phase transformation of MoS2 are also contributory to HER catalysis. DFT calculations further confirmed that the high HER activity of this single-atom catalyst is mainly owing to an ensemble effect via the synergy of Co adatom and S of the MoS2 support by tuning hydrogen-bonding mode at the interface of the catalyst. The discovery of this SA Co-D 1T MoS2 catalyst highlights the area of tuning the structure and functionality of metal-TMD catalysts at the atomic scale, which holds great promise for applications in large scale water splitting electrolyzers.

You can also find more from our latest online review article in Materials Today.[2]

The link for paper in Materials Today is here:

Single atom is not alone: Metal–support interactions in single-atom catalysis

The review explores the current state of the art in single-atom catalysis and critically analyzes the current understanding of metal–support interactions. As an outlook for the field, at the end of the review, we highlighted a few key remaining challenges for SACs that are urgently needed to be solved.

Our latest research on single atom Ni for CO2RR in flow electrolyzer was online at ACS Catalysis.[3]

The link for paper in ACS Catalysis is here:

The single atom Ni catalyst achieves energy efficiencies as high as 85% at jCO = 7.2 mA cm–2 and 56% at jCO = 170 mA cm–2, whereas the single-pass CO2-to-CO conversion efficiency reaches 2.6% cm–2. Also the scalability of the flow electrolyzers by stacking three 1 cm2 reactors and reached a record-high CO yield rate of 31.5 L min–1 m–2 with near-unity CO selectivity and an SPCC of 8.9% from three.

Find me on my twitter @Atome_Kun and our research group twitter @VoiryGroup to discuss more this paper and more works about novel two-dimensional material and renewable energy. 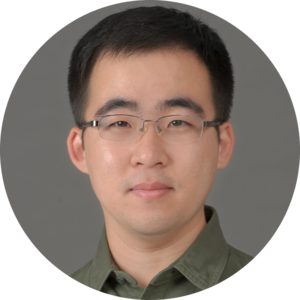